Partners in life and law thank Concordia for bringing them together 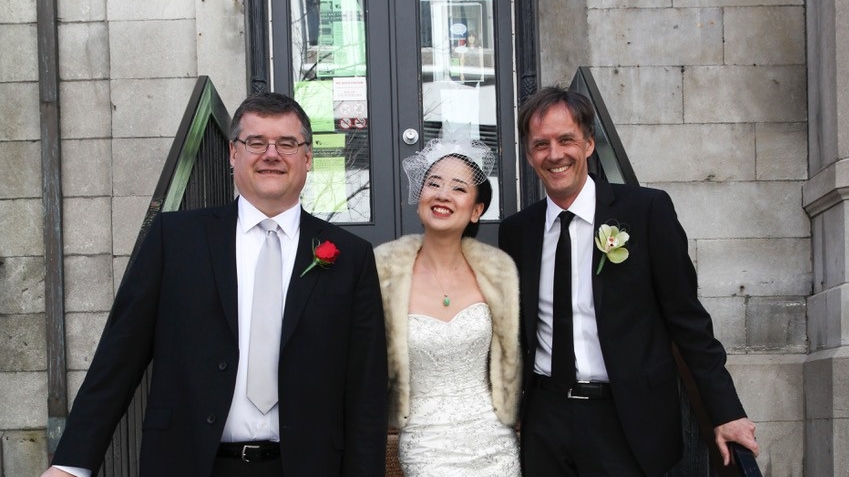 Though they frequented many of the same get-togethers as students who attended Concordia's Liberal Arts College in the mid-1980s, Lai-King Hum, BA 85, and Christopher Cassidy, BA 87, never spoke to one another.

It wasn’t until they were seated next to each other at the 30th anniversary of the college in 2009 that the pair, now married, first talked.

“I asked her what she did for a living," Cassidy recalls. "And she told me she was a litigator, to which I joked, ‘I’ve never heard you talk, how did you become a litigator?’

"Not the best opening line," he admits.

Following that first re-encounter, the two became fast friends, communicating regularly on Facebook — Cassidy was living in London, Ont., and Hum was in Toronto, where she founded Hum Law in 2014.

The firm, which specializes in employment and human-rights law, is now at the heart of the couple’s lives: Hum takes care of the legal side of the business — and often speaks to media about COVID-19 vaccine mandates — while Cassidy serves as chief transformation officer, managing the business side. 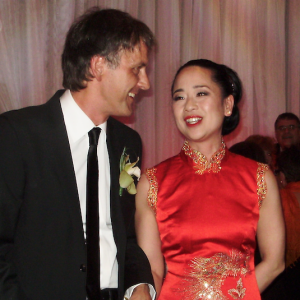 Though they were apart for much of their relationship since their first meeting in 2009, Hum maintains that it helped strengthen their foundation.

“Part of it, I think, is that in the years apart — and through life experience — I became more talkative, and Christopher softened somewhat. Then I was in London for a legal conference and met up with him for dinner, and we just continued seeing each other.”

They ended up pursuing a long-distance relationship and married on March 31, 2012, at the Birks Heritage Chapel at McGill University. Hum and Cassidy continued to live in different cities for most of their marriage until two years ago, when Cassidy moved with his son to join Hum in Toronto.

Since then, the couple has been inseparable — both in personal and professional life. Like many couples who have found themselves working in close quarters due to the ongoing pandemic, Hum and Cassidy often spend 24 hours a day together.

They also remain connected to their alma mater, having attended the 35th and 40th anniversary celebrations of the Liberal Arts College in 2014 and 2019, respectively, and joining fellow grads at alumni events in Toronto, when possible.

Both Hum and Cassidy look back on their time at Concordia fondly, with Hum going as far as saying it was the best education experience she had.

Cassidy says he was very involved with the debate team, making it to the head of the Concordia Debate Society. He also spent a lot of time with professor Robert Tittler as part of his studies in the Department of History's honours program.

“It was a very formative experience all around,” he says. "Concordia has been life-changing for us as we reflect on this Valentine's Day."