Build up: meet a world authority on modular construction 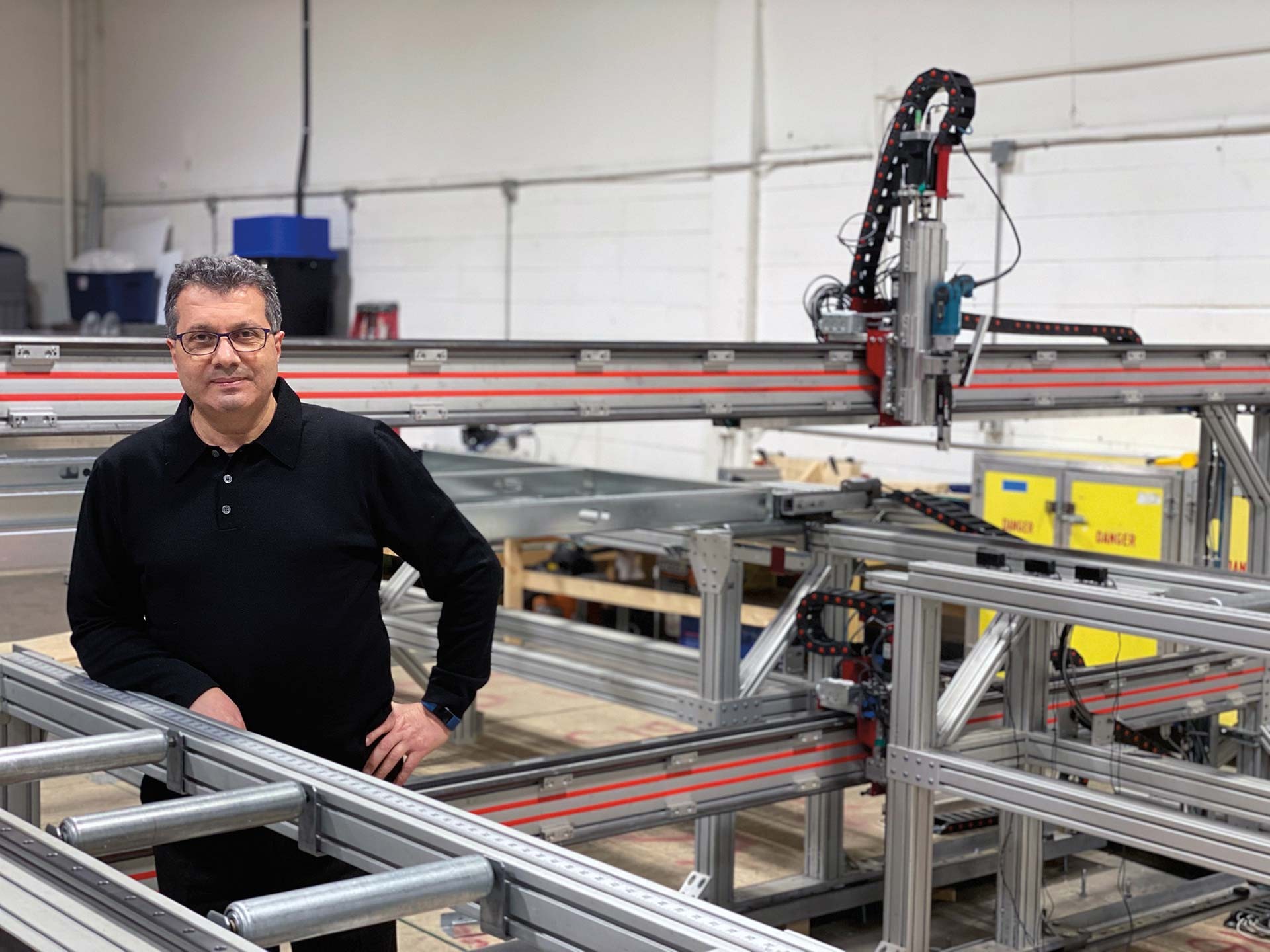 What if the efficiencies of automotive manufacturing — car plants with robotics and semi-automated assembly lines — could inspire change in the construction industry?

The Concordia alum is one of the world’s foremost experts in modular construction — wherein building components are completed off-site (bathrooms for a new hotel, for example) and installed as one finished piece.

With the potential to improve workplace safety, workflow and costs, advocates see modular construction as the way of the future.

“We can learn quite a bit from lean manufacturing, so why not adapt and modify it to fit the housing and building industry?” says Al-Hussein, whose Edmonton-based chair is also funded by private business and the Modular Building Institute, a non-profit trade association based in Charlottesville, Va.

From the Levant to Southeast Europe

After winning a scholarship in the early 1980s, Al-Hussein left his family farm in the Syria to pursue a civil engineering degree in Sofia, Bulgaria.

“That’s where I developed an interest in pre-cast concrete, which was popular at the time,” recalls Al-Hussein. “I then chose Concordia to do my master’s and PhD with Osama Moselhi and Sabah Alkass, specifically because of their reputations.”

Al-Hussein’s graduate research focused on how to select the best kinds of cranes and how to best position cranes on job sites. This drew the attention of Guay Inc., a Quebec-based crane rental company that eventually funded his work.

“This set Mohamed on his path,” says Moselhi, Al-Hussein’s PhD advisor at the Gina Cody School of Engineering and Computer Science. “Cranes are instrumental in modular construction, lifting large pieces into place at job sites. Of course, his work stretches far beyond cranes today. It embraces construction automation, prefabrication of building components and off-site construction.”

Al-Hussein has had the opportunity to put his research into practice with the likes of renowned New York architect Steven Holl — whose projects include Beijing’s Linked Hybrid complex and the University of Iowa School of Art and Art History — and New Jersey’s famed Kullman factory, a pre-war pioneer of prefabricated Art Deco diners. He has also worked with a variety of Alberta-based construction firms.

“When my research chair began in 2011, I spent the first five years focusing on productivity and efficiency off-site,” says Al-Hussein. “But now I’m building machines — robotics — that mimic human movement with the goal of a fully-automated production line for things like wood framing, light-gauge steel framing, kitchen-cabinet making and more.”

Al-Hussein helped build several linked three-storey buildings at Muhlenberg College in Pennsylvania in just ten working days. Off-site construction included the creation of 18 large-scale modules, the roofs and a bridge linking each building to the sidewalk. 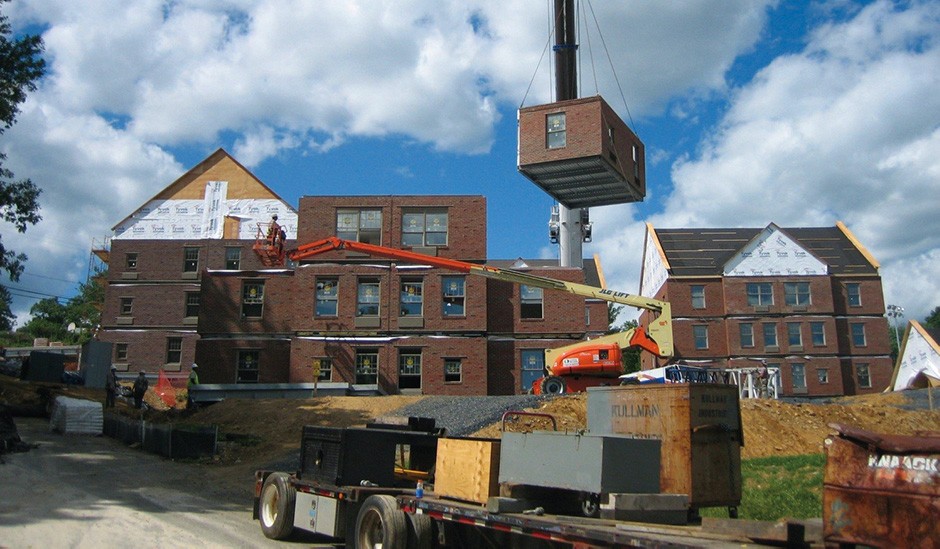 “The entire project, from excavation to the final landscaping, was done in one summer,” says Al-Hussein. “Closer to home, in Alberta, we partnered with three companies to erect a 68-unit retirement residence in just three days after the foundation was ready.”

In 2008, he worked on a twin-tower apartment complex in Westlock, Alberta. Modules were fabricated in Kamloops, B.C., then shipped for installation. “The location and the site presented many complications for the cranes, so we brought the crane operators to my lab, where we used virtual reality to provide training and practice,” says Al-Hussein. “It was a success. The plan was to build the apartments in four days, but we delivered in just two days.”

VR for the benefit of workers and customers

Currently, Al-Hussein’s lab is pushing forward with several initiatives, including the use of virtual reality and augmented reality to study ergonomics to decrease stress, strain and injury in modular factory workers and on-site crews. The technology is also helpful with purpose-driven design — prospective users can build a virtual dream kitchen, for example, and then seamlessly modify the design if they so desire.

Al-Hussein has also finished two full-scale machine prototypes, one for automated wood framing and the other for light-gauge steel framing; they will be ready for market soon.

“The demand is there, the industry is waiting,” says Al-Hussein. “Dr. Moselhi will tell you that two-thirds of success is hard work. At Concordia, he taught me dedication and integrity. The thing I feel the most proud of is passing this along to my students now and giving them the tools to create Canadian-made machines for the future.”

“It gives me great pleasure to see Mohamed become such a pioneer and an internationally recognized leader in modular and off-site construction,” adds Osama Moselhi. “Mohamed was always interested in work that would advance the field and that’s exactly what he has done with his lab in Edmonton and his worldwide industry partnerships.”

“At Concordia, Dr. Moselhi taught me dedication and integrity.”