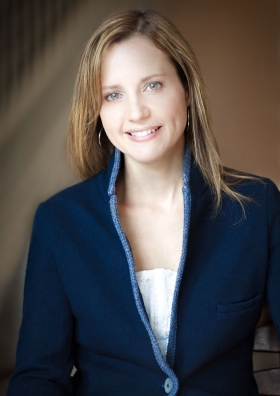 Humanitarian Dr. Samantha Nutt has been selected as the 22nd recipient of one of Concordia’s most important honours — the Loyola Medal. On November 28, Nutt will accept the prestigious distinction previously awarded to Clara Hughes, Roberta Bondar and Roméo Dallaire.

Introduced in 1963 by the Loyola Alumni Association to salute notable Canadians, the Loyola Medal was first presented to Georges P. Vanier, BA 1906, former governor general and graduate of Loyola College. Recipients have since shared a decisive quality: a commitment to the advancement of humankind.

“The Loyola Medal exists to laud trailblazers such as Samantha Nutt,” says Graham Carr, Concordia’s interim president and vice-chancellor. “On behalf of our 220,000 alumni, 50,000 students and 7,000 faculty and staff, it is with tremendous pride that we honour her transformative work as a humanitarian.”

Join us for the ceremony

Samantha Nutt is an award-winning humanitarian, bestselling author and acclaimed public speaker. With a career that has spanned more than two decades and dozens of conflict zones, Nutt has demonstrated uncommon courage and vision, and her international work has benefited millions of war-affected children globally. Recognized as a Young Global Leader by the World Economic Forum and made a member of the Order of Canada in 2011, the medical doctor and founder of War Child Canada and War Child USA has dedicated much of her life to children imperilled by war. The Toronto native is pleased to be welcomed to the extended Loyola Medal and Concordia family.

A regular foreign affairs panelist on CBC News: The National, Nutt has been published by The Globe and Mail, Toronto Star, National Post, Maclean’s and Reuters, among others. Her 2015 TED talk on the harm of the global arms trade has been seen by millions.

Nutt’s debut book, Damned Nations: Greed, Guns, Armies and Aid (Signal, 2011), was published to critical acclaim and was a national bestseller. Called a “brilliant polemic” by the Literary Review of Canada, the book distilled Nutt’s experiences as a hands-on caregiver in war-torn regions.

When Nutt was accepted to McMaster University’s School of Medicine in the 1990s, her interest in the intersection of health and human rights was well honed. This prompted her to enrol at the University of London after her medical degree, where she earned a master’s in Public Health.

“From there I was recruited by UNICEF to work on women’s health in Somalia,” says Nutt. “That experience motivated me to look at what effective responses to armed conflict could look like. You’re just fundamentally not the same person once you experience the reality of war.”

The general outlook on international aid has since evolved from a more emergency-response mindset to a collaborative focus that involves partnerships with local actors. “This is the mission of War Child,” Nutt explains. “To build safer environments for kids, and offer access to justice, education and other resources so afflicted communities can rebuild.”

‘We are expanding because of intense amount of need’

Nutt’s current concerns include the refugee crisis in Uganda, where thousands have fled war and violence in South Sudan and the Democratic Republic of the Congo. War Child has pioneered programs to facilitate accelerated education in the refugee settlements. Nutt adds that needs are also urgent in Yemen, Syria and for Rohingya refugees in Bangladesh.

“What was a simple, altruistic approach to dealing with human disasters has grown into more holistic, strategic thinking around how to build better societies and reduce the threat of war,” she says.

“Samantha Nutt demonstrates the Ignatian principles underlying the award — concern and respect for the individual person and service to others,” says John Limeburner, BComm 68, president of the Loyola Alumni Founding Chapter and chair of the selection process.