Despite a competition shutdown due to COVID-19, the 8-member team plans to release Rock ‘n’ Mole online
|
By Ashley Fortier 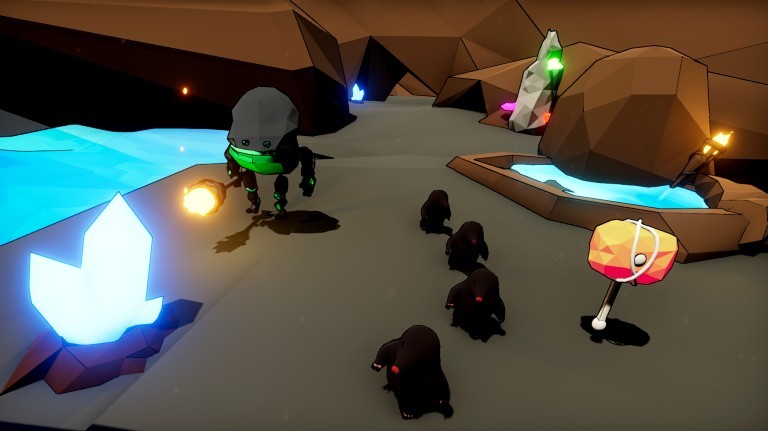 Scott Smith and his teammates were eight weeks into the development of Rock ‘n’ Mole when they learned the 2020 Ubisoft Game Lab Competition was being cancelled because of the COVID-19 crisis.

The Concordia students had been working with two Ubisoft mentors since January on their project. The goal? To create a working video game prototype under the theme “generation” that would beat out their competitors from 10 other Quebec universities. A total of $22,000 in scholarships and at least a dozen Ubisoft jobs or internships were on the line.

But rather than dwell on their disappointment — Team Concordia-2 opted to press on.

“Some of our members have decided to keep working on the game over the summer,” says Smith, who studies in the Department of Computer Science and Software Engineering. “The development of this game continues to be a great learning experience.”

Competition organizers made the decision to cancel the event since many teams lost access to their school’s equipment when the coronavirus pandemic forced universities to close. Nonetheless, they encouraged students to continue with their game development if possible.

This week, Ubisoft experts tested the games of any teams who wanted their suggestions and feedback. Two weeks from now, they will host a virtual meeting to acknowledge and celebrate all the students’ participation and hard work.

The who and what of Rock ‘n’ Mole

Before the competition was cut short, the team was receiving support from Ubisoft’s Raphael Lapierre (for programming) and Mariana Turchiari-Boucault (for design). They were also supervised by Concordia faculty Pippin Bar and Sudhir Mudur.

Smith explains the premise of the game as follows: users play as rock golems who must save families of blind moles from falling off of platforms and being eaten by hungry foxes.

“Two players need to cooperate by throwing tools to each other and collecting resources. Together they must get as many moles as possible to the end of the level with special care given to baby moles, as they will be the key to the next generation,” he says.

“The survivors' traits carry on to that next generation so players get status bonuses.” 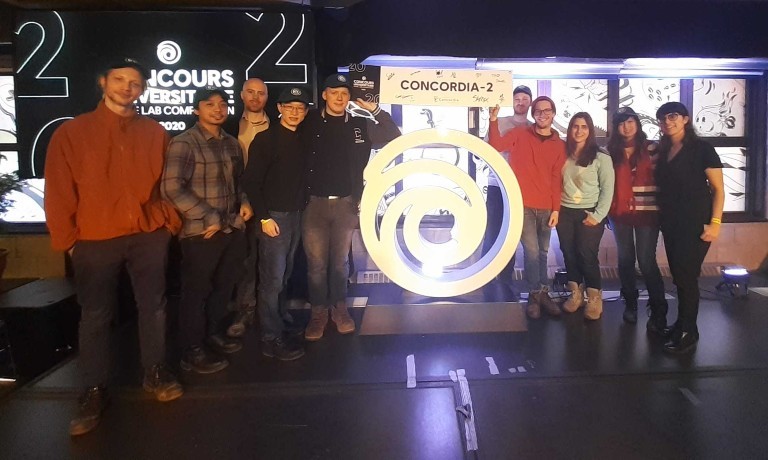 Smith, who's also lead gameplay and networking programmer, adds that while hopes of cash prizes and internship opportunities were dashed, working outside of the competition model has provided some flexibility to the game’s development.

Beyond testing mechanics and working on special effects, he has started to look at how to adjust the networking part of the game itself. “We’d like to shift it into a local cooperative gameplay instead of the online multiplayer format required by the competition,” he says.

Other team members are also dedicating some of their time on lockdown toward moving the game development along.

Melissa Lim and Samuel Paré-Chouinard have been working on some animations and environment assets. Paré-Chouinard is also collaborating with Smith to work on level dressing the first levels.

As for when users might get to take a turn saving families of blind moles? There is no fixed completion date for the game. But Smith does say they plan to publish it on itch.io — an online indie game-sharing platform — when it’s ready.