24 hours of coding and collaboration 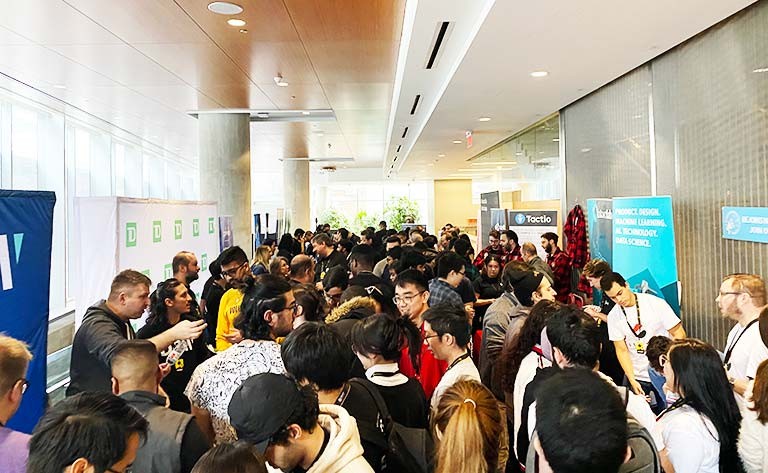 Nearly 800 students attended ConUHacks V at Concordia, working tirelessly through the night of January 25 to 26 to outwit, out-design and out-program their fellow competitors.

They came from high schools and CEGEPs in Montreal, and universities from across Quebec and Ontario to compete.

For 24 hours straight, teams drew on their sharpest computer programming and software development skills in the hopes of impressing the judges and sponsors, and earning a prize.

One of the biggest draws for students attending the hackathon is the opportunity to connect with industry experts and get valuable mentorship throughout the weekend.

HackConcordia co-president Zachary Bys says the sponsors’ support was a big part of the weekend’s success. “Our career fair, hosting more than 25 of our sponsors, was packed and lively for hours on Saturday.”

On top of providing funding and mentorship, sponsors also create challenges and prizes specific to their own technology, allowing students to impress them with real-world problem-solving skills and talent. 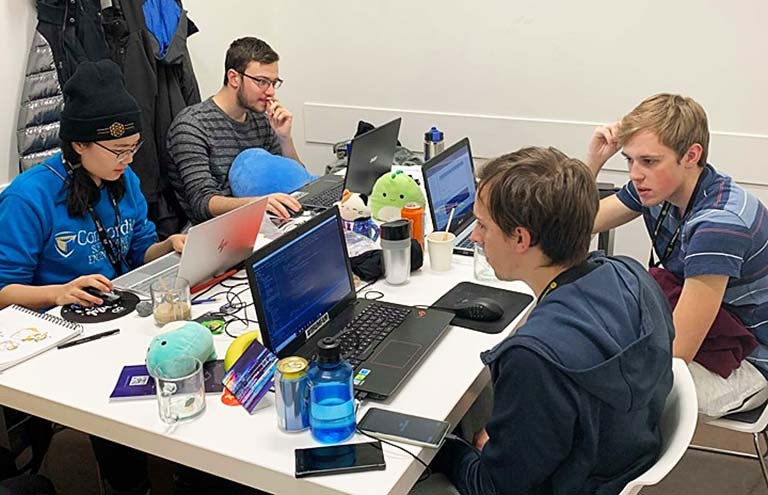 Student competitors had one day to collaborate in creating tech-based projects, such as robotic tools, websites, mobile and web applications, video games, and even virtual-reality applications.

Andy Ta, who was eligible for his final hackathon as a 2019 graduate from Concordia’s Gina Cody School of Engineering and Computer Science, couldn’t believe his ears when they announced his team’s project, BookLens, as the grand prize winner.

Ta’s hackathon teammate and friend since elementary school, Rosa Phung, came up with the idea for BookLens.

“It’s intended to help people learn to read in another language by reading difficult words to them,” Ta explains.

BookLens also provides translation and word-to-image lookup, and it can read entire sentences.

What Ta enjoyed the most from the weekend was the teamwork and social aspect of the hackathon.

“The teamwork helped create a project that was well structured and with enough features to make it interesting, but not too much to overwhelm ourselves,” he explains.

“We also found time to wind down and play some board games with friends in other teams, which I enjoyed and believe was needed.”

Kayla Charky, a second year software engineering student at Concordia, joined a team of students from her program at the last minute. They won Major League Hacks’ prize for best use of Cloud technology with their project, Harmless Buddy.

“It’s an application that records meetings, interviews or conversations in the workplace,” Charky explains.

“It uses Google’s speech to text and sentiment analysis APIs [application programming interface], parses the phrases and gives insights on the positivity level of their interaction.”

The idea is to curb the inefficiencies caused by unpleasant workplace dialogue stemming from social faux-pas, such as superiority complexes or just plain rudeness.

Charky says the key to succeeding at a 24 hour hackathon, aside from the obvious challenges of working through the night, is to come up with a stellar idea and prioritize its implementation.

“Luckily, the wonderful sponsorship challenges are there to help everyone out with a guideline to base ideas off of,” she says. “We used SunLife Financial’s Workplace Well-Being as well as Telus’ Technology for Mental Health and Well-Being challenges as our main inspiration.” 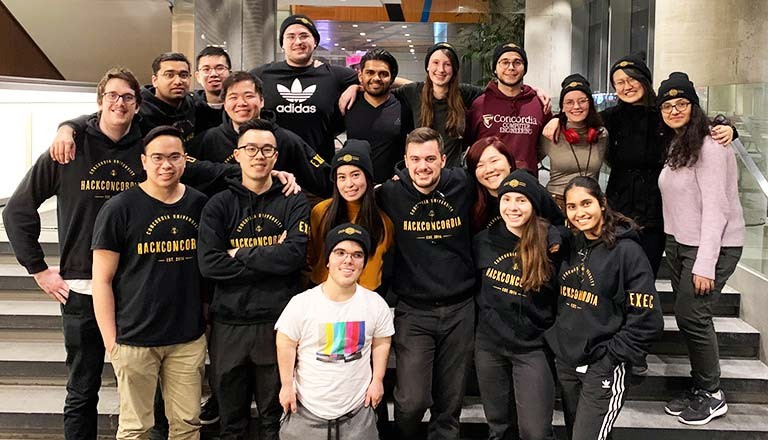 For Charky, on top of learning new and important aspects of coding, she enjoyed the sponsors’ workshops, as well as learning from her team and the community how to use APIs and implement them into a successful project.

But she says the most inspiring and rewarding moments of the weekend come in those last few sleep-deprived but powerful hours.

“I love seeing all the people from the programming community come together and present their ideas,” she explains.

“The organization of the event was amazing, from the hacker dashboard, to the career fairs and workshops to the mentors, to the demo, right until the very end.”

Zachary Bys couldn’t agree more: “We had 128 project submissions, which made for an amazing demo fair on Sunday.”

One of the projects he enjoyed was called Music Video Generator. Users pick a song, then the program analyzes the lyrics, finds corresponding images and videos and cuts them into an instantly entertaining music video.

Bys and his fellow HackConcordia teammates were blown away by all the amazing projects that emerged in such a short time. “The competitors gave it their all and came up with many innovative projects that really impressed our sponsors,” he says.

He tips his hat to the hard work and passion of the hackathon’s sponsors, volunteers, and faculty supporters. “The team at HackConcordia worked tirelessly for eight months to bring ConUHacks V to life.”

Find out more about ConUHacks V, or read tweets about the event.