‘It’s a rollercoaster’: the student-powered John Molson Undergraduate Case Competition is back! 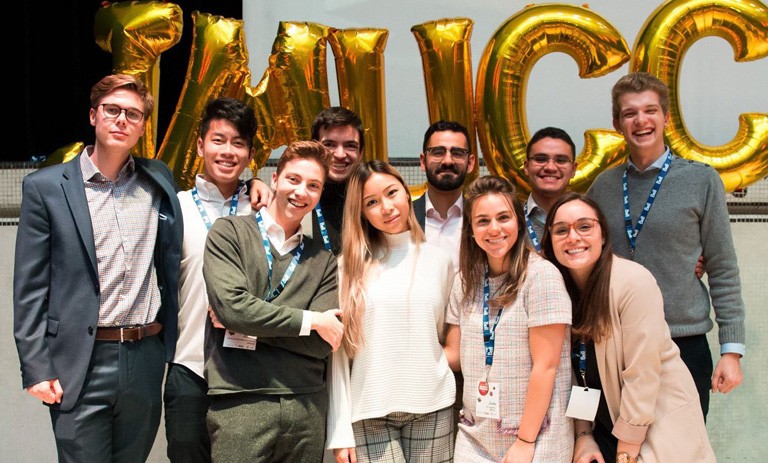 Get ready to rumble!

The 2019 John Molson Undergraduate Case Competition (JMUCC) gets under way on February 24.

Twenty-four teams from 12 countries will be locking horns and trying to solve live business cases during the week-long event.

Teams are coming to Montreal from as far away as Singapore, Hong Kong, Spain and Australia to attend what is widely considered to be one of the best competitions on the circuit.

“JMUCC is at the highest international level and we try to select the best delegates to represent universities from across the world,” says David White (BComm 18), organizing committee president.

The competition, organized by John Molson School of Business (JMSB) students, is the biggest of its kind. It is split into three preliminary rounds, followed by an intense 24-hour case round. The top seven teams qualify to duke it out for the title.

“It’s the only competition on the circuit that has a four-case format and it’s a rollercoaster ride. Teams are proud to make the finals and represent their schools,” White adds.

The round-robin portion of the tournament will take place at the John Molson (MB) Building from February 25 to 27, while the 24-hour case and finals move on to the Hotel Bonaventure on March 2.

Past winners include Thailand’s Chulalongkorn University, the University of Queensland and Concordia.

There will be a few tweaks to the 2019 program.

Through the #MyJMUCCPrep contest, teams are asked to submit photos to show how they’ve been preparing for the event and to compete for “likes” online.

The “creative case” will also be back for a second year, involving video submissions from participants seeking to solve business problems in original ways. Last year’s creative case was done with Montreal’s Shoot Studio.

The University of Warwick is this year’s recipient of the JMUCC School Bursary, set up for teams who couldn’t otherwise afford to attend.

“The competition is not just about the academic side,” White adds. “In the evening we have networking opportunities and sponsored events. This gives participants the chance to mingle and add to their professional contacts worldwide.”

All case competitions are open to the public and free to attend.