A leafy memorial pays tribute to First World War sacrifices. Plus, a look at student war efforts on the homefront.
|
By Tom Peacock 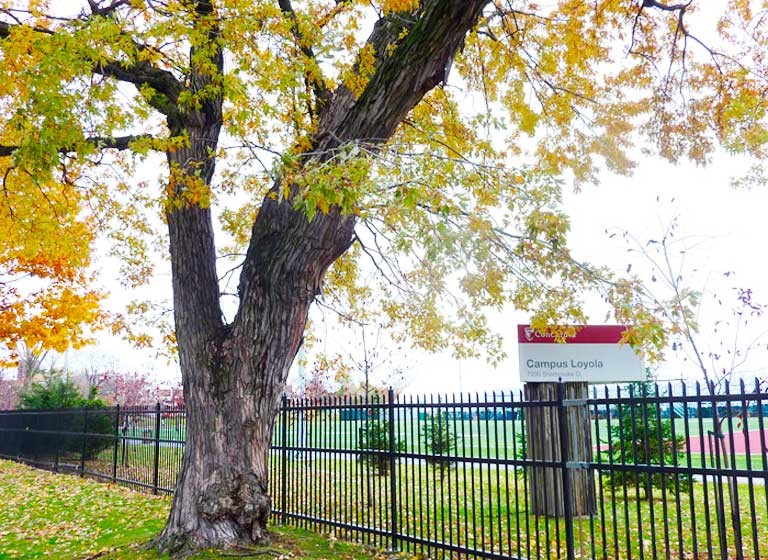 The 36 maples on the Road of Remembrance were planted in honour of Loyola College “old boys.”

In the 1930s, as a young boy, the historian A. Gilbert Drolet was drawn to the maple trees that lined Sherbrooke Street West in front of Loyola College. They changed on Remembrance Day.

“Every year the wreaths with the names appeared in those long ago Novembers,” Drolet wrote in Loyola, The Wars: In Remembrance of “Men for Others” (Wilfred Laurier University, 1996).

Each maple was hung with a wreath made of “blood-red” poppies and bore the name of a Loyola alumnus. “Instinct told me that these were reminders of the solemn remembrance due to men who had died in the First World War.” 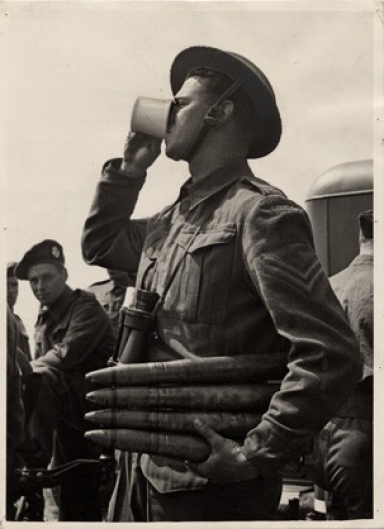 Today, on Concordia’s Loyola Campus, the ravages of time have claimed many of the 36 memorial maples.

According to Archivist Emerita Nancy Marrelli, “All the special markers have disappeared, so sadly it's not possible to tell which trees are which. But we definitely know that some of the original trees are still there.” One venerable specimen looks out over the Stingers Stadium, across the street from the main entrance to campus.

In 1996, Loyola High School planted a 37th tree in honour of Lieutenant John Howe further along Sherbrooke. Lt. Howe, another of the college’s former students, was taken down by a sniper’s bullet on April 25, 1916. His maple, and a plaque commemorating the Road of Remembrance, sit at 7272 Sherbrooke St. W.

All aboard the Harvest Special

Many more former students from Loyola and Sir George Williams College, Concordia’s founding institutions, fought in the Second World War. But from 1939 to 1945, a quieter battle was waged on the homefront, as women and university students stepped in to fill the labour shortfall.

In October 1942, a call went out from the Government of Canada for young men who could help harvest wheat, oats, barley and flax in western Canada. Eight thousand workers were needed immediately to save crops that had been “seriously delayed” by inclement weather.

“Ever since reaching Capreol, Ontario, the train has been 20 coaches long,” wrote Fred Kerner in an October 20 dispatch for The Georgian student newspaper. “Slightly sore of hind-side, a thousand weary but happy and slap-happy students are looking forward to the last leg of the journey.” 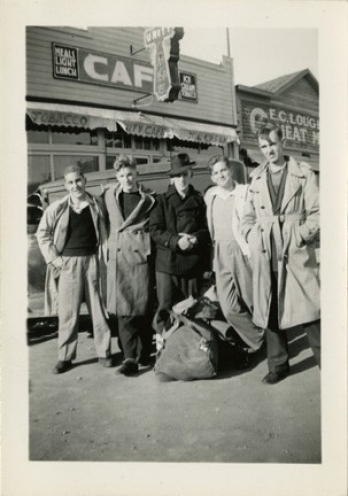 If the young students thought they had signed on for a light-hearted adventure, they were in for a shock. The harvest was gruelling and often conducted in difficult weather — either extreme heat, or driving rain and snow. There were labour problems as well, with farmers often refusing to pay the inexperienced eastern workers the agreed-upon $4 per day.

But upon his return, Kerner gave the mission a positive review. “The work was hard and entailed long working hours. It was new to almost all the students; yet … the general effort was very successful,” he wrote.

“This fact is proven by the number of students who arrived back in eastern cities after November 1, the number who despite snow and rain, waited with their employers in the hope that the weather would break so that they could work on, and the number who made arrangements to go back next year to the same farmer for whom they worked this year.”

Another volunteer effort Sir George Williams played a part in was the YMCA tea cars. Tea cars first made their appearance in the First World War, when it was discovered that if tea and biscuits were delivered at critical periods in battle, it significantly boosted morale.

The Montreal YMCA schools became Sir George Williams College in 1926, and the two institutions remained closely affiliated until the late 1960s. During the Second World War, the Canadian YMCA ran about 15 tea cars at home and 50 overseas. 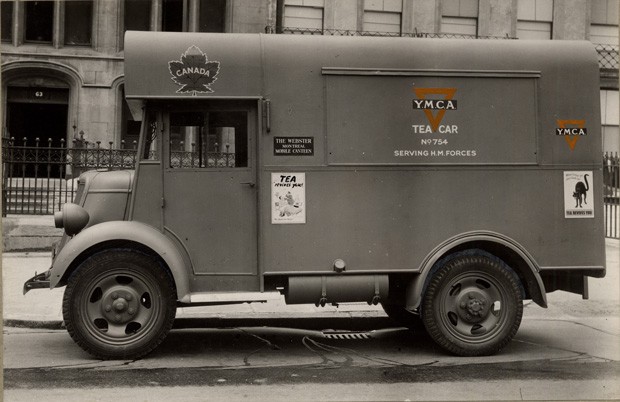 EDITOR'S NOTE: A version of this story was originally published in November, 2013.

Visit the Webster Library to view a projection by an initiative called The World Remembers (TWR), which began on September 12, 2018. Every year since 2014, the initiative has been projecting the names and nations of the lives lost during each year of the conflict.

To learn more about the war efforts at Sir George Williams and Loyola, visit Concordia’s Records Management and Archives Department.