How would you rate your Montreal metro ride? 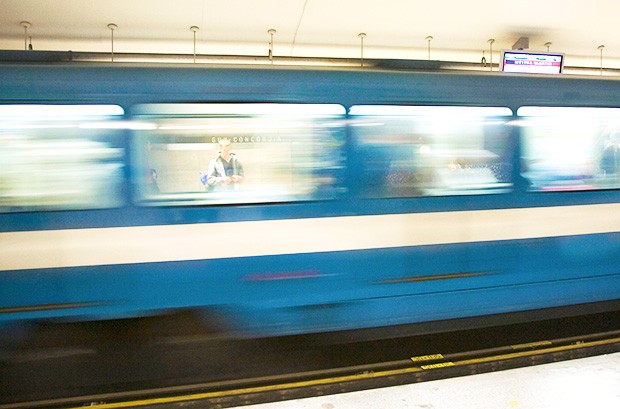 A team of Concordia researchers wants to know more about your experiences using the metro so they can help the City of Montreal and other urban centres make public transit as appealing as possible.

“We want to know how comfortable it is to use Montreal’s metro system,” explains Luis Amador, associate professor in the Department of Building, Civil and Environmental Engineering.

Over the last year, Amador and a team of student researchers have been collecting data on the comfort of Montreal’s metro system. Spending hours below ground, riding the rails of Montreal’s metro, the team now has information on the system’s air quality, temperature and humidity. They know how often, and at what force, the trains accelerate, and they know how loud, dark or bright your commute is.

“By comparing the data collected to public health standards, we can identify the features that need to be improved to create a better experience for those using the metro,” he said.

But this project isn’t over. Amador and his team will be gathering information on the perceived level of comfort from passengers. To to so, they'll be collecting feedback from metro users through surveys that measure their comfort on both the new and old models of subway car used by the STM.

“By combining the quantitative data we have collected with the qualitative data from the survey, we hope to show how deficiencies can impact the decision to use public transportation.”

Public transportation is at the core of any city’s sustainability goals. Reducing the number of cars on the road and increasing the mobility of citizens means a stronger, healthier community. Amador hopes to create a tool that will give STM information they can use in their continuous efforts to get more people using public transportation.

Share your feedback on the comfort of Montreal’s new and old subway cars. The survey runs until January 5, 2018.