‘What we do here is relevant to Quebec’

4 Concordians create a new network of scholars
|
By Tiffany Lafleur 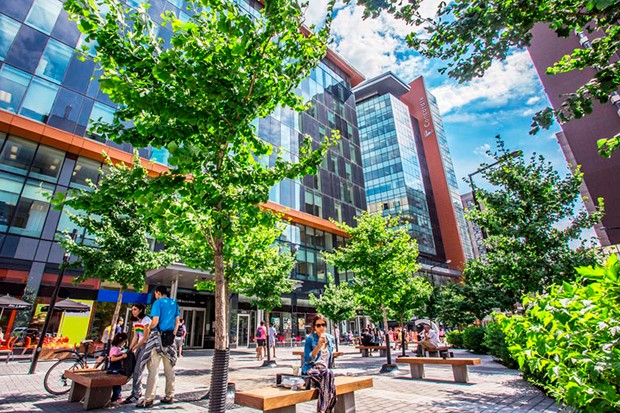 For sociology and anthropology professor Jean-Philippe Warren, promoting Concordia among Quebec’s francophones is key to strengthening the university’s inclusivity and openness.

“Concordia represents the future in a special way because of its ongoing emphasis on diversity and critical thinking,” he says. “What we do here is especially relevant to the making of Quebec society.”

To this end, Warren and his colleagues — Danielle Gauvreau, professor and chair of the Department of Sociology and Anthropology; Peter Gossage, professor in the Department of History; and Guylaine Beaudry, vice-provost of Digital Strategy and university librarian —  founded the Réseau des études Québécoises à l'université Concordia.

The initiative is designed to enhance the university’s presence in the province, with a particular focus on Montreal’s francophone community.

“We were convinced that Concordia’s phenomenal growth in the last 20 years hadn’t fully resonated outside campus,” says Warren. “We felt we were missing out on a great opportunity to be involved with some pressing issues at the forefront of Quebec society.”

More than 40 scholars have joined the group so far.

This network of academics, from such backgrounds as anthropology, sociology, translation studies, literature and political science, is fostering collaborations within the university and creating new, inclusive opportunities on campus.

The group’s motto is “Se connaître et se faire connaître” — which means, “To know yourself, and to make yourself known.”

“The first step is to get to know what people do at Concordia,” Warren says. “The second step is to make sure that people outside campus are aware of our innovative expertise, know-how, methodologies and perspectives.”

Warren has plans to visit French CEGEPS this year. The group also hopes to approach museums, newspapers, websites, schools, libraries and cultural centres to showcase what Concordia has to offer.

“The reaction has already been more than encouraging,” says Warren.

The first round of Réseau events — a speaker series — is being organized in partnership with the Bibliothèque et Archives nationales du Québec (BAnQ).

The talks will explore the history of specific places and events in Montreal, each telling a different story of the city. Neighbourhoods featured will include Hochelaga-Maisonneuve, Mile End, and Parc-Extension. The first event is on Tuesday, September 26 at 7 p.m.

Find out more about the Réseau’s speaker series on the BAnQ’s events page.