‘Education has the potential to counter extremism and radicalization’

SEPT. 25-27: Scholars converge on Concordia for the third annual Teaching about Extremism, Terror and Trauma Symposium
|
By M. Ayaz Naseem and Adeela Arshad-Ayaz 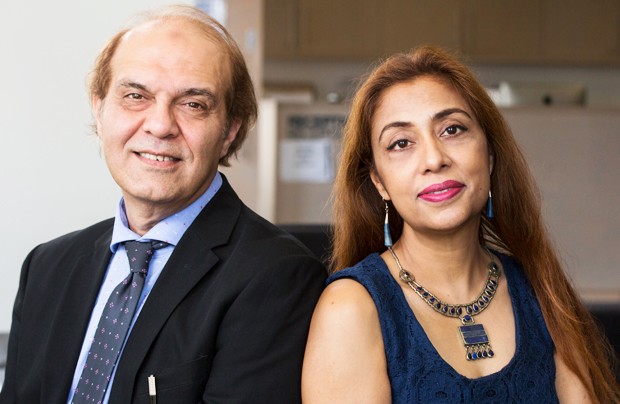 TETT 2017, the third annual Teaching about Extremism, Terror and Trauma Symposium takes place September 25 to 27 at Concordia. The event brings together scholars, experts and practitioners working in related areas. This year’s edition will focus on scholarship around Creating Learning Against Radicalization (CLEAR).

In the lead up to the symposium, organizers Ayaz Naseem and Adeela Arshad-Ayaz from Concordia present their take on the important role played by education in combatting extremism.

‘Countering radicalization will require a change in thinking’

Canada has devoted considerable financial resources to counter these threats. There has also been a spate of legislation aimed at safeguarding the security of the nation.

New laws — such as Bill C-13 (which affects access to personal data through electronic communication), Bill C-24 (revoking Canadian citizenship from dual citizens convicted of terrorism) and Bill C-36 (imposing detention for up to 72 hours on suspicion without court permission) — which are meant to provide security, have encroached upon Canadians’ civil liberties.

As we mark the 16th anniversary of the 9/11 attacks, we need to assess how the world has dealt with the problems of extremism, radicalization and violence.

Have our efforts made the world a safer place today? Despite huge financial costs and extensive legislative initiatives, governments around the globe are more concerned than ever about the security of their citizens — and citizens are more fearful than ever about their safety.

The questions beg to be asked: How have we attempted to tackle extremism and radicalization? Where did we go wrong? What could be done differently?

A majority of counter-extremism and counter-radicalization initiatives have been grounded in the securitized perspective coming out of the discourse of the War on Terror, and in the assumption of a singular source of extremism, terror and radicalization: that is, religious fundamentalism.

However, efforts based on such a perspective and assumption have failed to guarantee either long-term peace and security, or sustainable ways of countering extremism and radicalization, be it home grown or otherwise.

According to Reuters, “the number of terrorist attacks … quadrupled” in the first decade after 9/11. The last two years have seen a rise in extremist acts in the United Kingdom, France and other European countries.

In contrast to the years directly after 9/11, most of the recently radicalized are not religious zealots “infiltrating” the West from the Middle East and South Asia, but instead are citizens of Western democracies.

This realization has raised awareness that a securitized law-and-order approach must be complemented with social and educational strategies if radicalization is to be arrested and reversed.

However, many educational initiatives still take their bearings from the overwhelming security orientation of counter-extremism. One such example is the Prevent strategy in the United Kingdom, which has been criticized for being counterproductive, and at times of being used as an instrument of espionage, control and the criminalization of youth in educational institutions.

Rather than countering radical tendencies, such educational initiatives can thus create greater schisms, which in turn have the potential to radicalize an even greater number of youth.

However, before such initiatives become translated into policies, it is important to keep in mind that a securitized approach to counter-radicalization is not only insufficient but also counterproductive, because it amplifies the problem it is commissioned to control.

Any long-term and sustainable solution to countering extremism and radicalization will require a change in thinking. Education can play a significant role in creating viable long-term solutions, given that it does not approach the problem from a reductionist and securitized point of view.

In order to help lay the groundwork for sustainable and effective counter-radicalization educational programs, two education professors at Concordia started the TETT initiative in 2015.

The international symposium on Teaching about Extremism, Terror and Trauma (TETT), held annually at Concordia, creates a space for conversations around extremism, terrorism, radicalization and counter-radicalization.

The idea is to create inclusive educational spaces, and to foster an exchange of ideas between the general public and those making or influencing policy decisions, including politicians, academics and the media.

As policy makers in Canada embark on a “soft approach” to counter the scourge of extremism and radicalization, it is important that sound counter-radicalization educational policies be based on a larger understanding that links extremism and violence to different forms of injustice.

If they are not, educational initiatives risk ignoring various problems, solutions for which may be sought through extreme measures, resulting in new forms of violence — such as the sharp rise of acid attacks in the United Kingdom.

This is not to say that the securitized perspective or paying attention to religious extremism is unimportant. However, simply focusing on a law-and-order approach directed against members of a certain religion can obscure other sources of radicalization and radicalism.

Educational institutions must realize their potential as spaces that can foster multi-faceted and inclusive discussions capable of countering social extremism and radicalization.