RESEARCH: The 'time machine’ that replicates 3 years of weather in 3 days 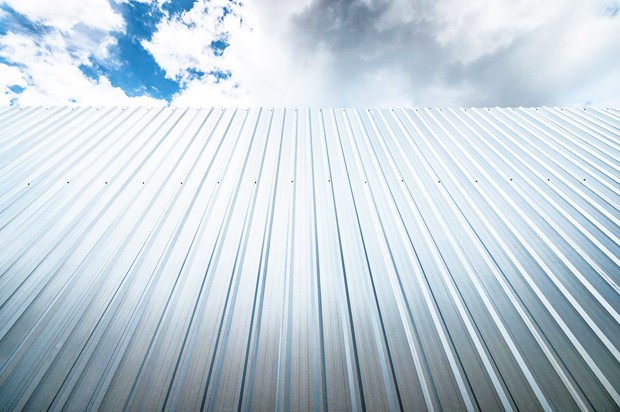 Climate change is wreaking havoc on the environment. While the main culprit is carbon emissions, urban heat islands — exacerbated by dark roofs and pavements — make the effect of global warming even worse for urban dwellers.

One solution to the problem is cool roofs: surfaces made of light, reflective materials. By keeping buildings cool, these roofs lower energy use, while at the same time reflecting sunlight away from buildings and cities.

But like anything exposed to the elements, cool roofs age and become dirty over time. This natural wear and tear causes them to lose some of their reflective abilities. The question is, how much are they affected? And can this loss of performance be slowed?

An engineering team at Concordia has collaborated with researchers at the Lawrence Berkeley National Laboratory in California to simulate the weathering of cool roofs in the lab. In just a few days, they can now reproduce three years of aging on roofing products in order to test their solar reflectance.

ASTM International, a widely referenced standards body, recently approved this new method as a standard practice for the industry. It was also published in the journal Solar Energy Materials and Solar Cells.

“By reducing the product rating time to three days from three years, our new ASTM standard practice will speed the introduction of high-performance cool roofs not only in Canada and the United States, but around the world.”

The laboratory practice involves putting a piece of the roof material in a commercial weathering apparatus, which exposes the material to cycles of heat, moisture and ultraviolet light for one day. This process conditions the material to behave as if it has been exposed to the elements for a much longer period of time.

Next, researchers use a soiling apparatus to spray a specially calibrated soiling mixture of dust, soot, particulate organic matter and salts onto the roof material for about 10 seconds. After it dries, the material goes back into the weathering apparatus for another day to simulate the cleaning effects of dew and rain.

This method was applied to 25 different roof products, including single-ply membranes, coatings, tiles and asphalt shingles.

The researchers also devised different soiling mixtures to mimic site-specific features of three environments: a hot and humid climate (to mimic Miami, Florida), a hot and dry climate (Phoenix, Arizona) and a polluted atmosphere in a temperate climate (Cleveland, Ohio).

A fourth soiling mixture was devised to replicate the solar reflectance averaged over all three sites.

“For every location, we found that our new process is about 400 times faster than natural exposure, costs about 80 per cent less for testing a single product, can facilitate rapid prototyping and can avoid three years of lost sales worth $4.5 million to $9 million per product,” says Akbari. “It’s a time-saver and a cost-saver.”

The Cool Roof Time Machine was recently recognized by R&D Magazine, which awarded the project one of its R&D 100 Awards, given to the 100 most significant technologies and services introduced in the previous year, as judged by an independent panel.

Partners in research: Akbari worked with a team of of Berkeley Lab scientists and research associates, including Mohamad Sleiman, Hugo Destaillats, Sharon Chen, Thomas Kirchstetter, Haley Gilbert, Paul Berdahl and Ronnen Levinson, as well as the Cool Roof Rating Council (CRRC) and more than 40 industrial partners, to develop the protocol. Funding for this research was provided by the US Department of Energy, Energy Efficiency and Renewable Energy, Building Technologies Office.

Watch a video describing the cool roof time machine or find out more about Concordia's Department of Building, Civil and Environmental Engineering.