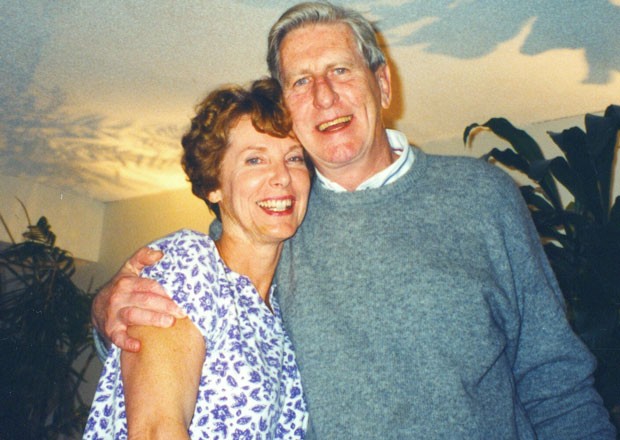 Bruce English (pictured with his wife Linda) taught finance on the Loyola Campus from 1968 to 1994.

Faculty at the John Molson School of Business and across Concordia were saddened to hear of the passing of Gordon Bruce English (BA 54), a former professor in the Department of Finance and a Loyola College alumnus.

“Bruce epitomized everything the Loyola tradition is all about,” says Bryan Barbieri, a marketing professor who was a colleague and friend of English.

“It was no doubt part of his DNA because of his Loyola High School and Loyola College education as well as his 26 years [1968-1994] as a business professor on the Loyola Campus.”

Barbieri describes English as a good man and a dedicated professor.

“I asked Bruce recently what his proudest moment was in his career. He told me about an international student who was going to have to leave his program of study due to low grades,” Barbieri says.

“Bruce knew that the student’s struggle with the English language was the primary reason for his poor performance. He vigorously defended the student till he was reinstated and, a few terms later, watched that student walk across the graduation stage and receive his diploma.”

English will be remembered fondly by his many Concordia students and colleagues. He is survived by his wife, Linda, his two children, Heather and Stuart and his two stepchildren, John and William Gibson. English also leaves behind six grandchildren.