This month's event features a Concordia-McGill rally, a French film series and a national translation showdown
|
By Meagan Boisse 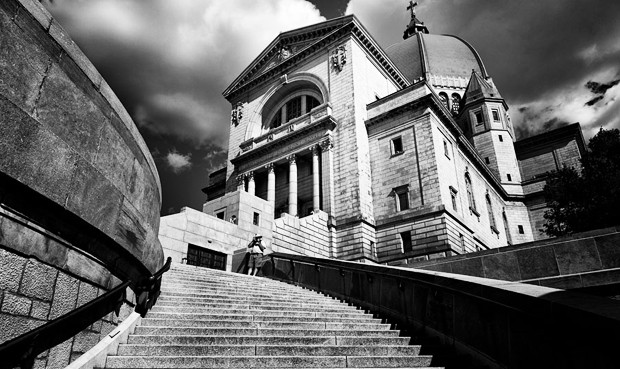 The French Language Centre of McGill University and Concordia’s Département d'études françaises team up once again to give you a cross-city adventure. | Photo by Emmanuel Huybrechts (Flickr CC)

On y va! For the fifth year in a row, Francofête is coming to Concordia and everyone is welcome.

Throughout March, the university will be organizing a myriad of events as part of a larger celebration dedicated to promoting French language and culture across the province.

The French Language Centre of McGill University and Concordia’s Département d'études françaises have teamed up once again to give you this cross-city adventure.

The theme for the 2017 competition is Montreal’s 375th anniversary. On March 17, students will hit the streets to solve clues (provided in French, of course) that will bring them to unique places, buildings and landmarks across the city.

The winning teams will receive prizes at the closing ceremony.

The 12th edition of the Jeux de la traduction will be hosted by Concordia.

From March 10 to 12, translation students from across the country will get a chance to test their speed, creativity and resourcefulness.

Since its inception, the annual competition has brought together participants, volunteers and professors from a dozen Canadian universities.

From March 13 to 25, the Département d'études françaises invites you to enjoy les films français et québécois. Throughout Francofête, popular French-language movies will be screened in room LB-612 of the J.W. McConnell Building (1400 de Maisonneuve Blvd. W.) for all the Concordia community to enjoy.

Check out the full program of Francofête activities at Concordia and beyond.

Learn more about Concordia’s Département d'études françaises. It offers support to those interested in learning and improving their French, as well as those who want to know more about Quebec and francophone culture.