William (Bill) Raso, who worked in Concordia’s Office of the Registrar until 2010, passed away on January 20. He was 67. 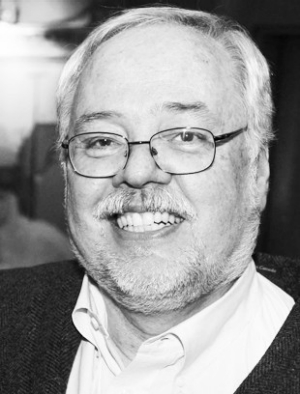 ‘Bill was always ready to help and support his staff.’

Raso began his long and successful career at the university in Mail Services in 1967, followed by a stint in the Distribution Centre. He quickly moved up the ranks as a conference coordinator and senior clerk, until becoming a supervisor in the Office of the Registrar in 1981.

For the following 30 years, Raso worked in several managerial roles in student and enrolment services.

Lorraine Toscano, current manager of the Birks Student Service Centre, began working at Concordia during Raso’s time as a supervisor.

“Bill had the greatest voice — rich and deep,” she recalls. “And he was so friendly.”

In fact, Raso offered a similar first impression of Concordia to thousands of people. He was the voice of CARL, Concordia’s first automated registration telephone line, implemented in 1994.

Raso created a professional atmosphere in the office, while remaining accessible to his team members — a trait that was appreciated.

Patrice Ah-Kam, program advisor for the John Molson School of Business, remembers working with Raso in Student Services during the 1990s.

“Behind his stern, stiff, professional exterior, he was softhearted and kind — always ready to help his staff,” he says.

Many of Raso’s former employees went on to become managers themselves, thanks to his support and encouragement, Ah-Kam adds.

Those who knew him also look back fondly on Raso’s sharp, dry and wicked sense of humour. He loved to tease, but was also quick to compliment.

In the years before his retirement in 2010, Raso managed the organization of convocation.

“He recognized the importance of the tradition and always wanted to ensure each ceremony was memorable for the graduating students,” Toscano says. “He made sure every last detail was seen to.”

Danielle Tessier, assistant secretary-general, agrees. “I’ll remember him fondly for being so helpful.”

A generous man, Raso volunteered his time and contributed financially to several community organizations and institutions, including Meals on Wheels, the St-Margaret Residential Centre, hospitals and, of course, Concordia.

In 1978, he helped found a support group called Lesbian and Gay Friends of Concordia.

Raso’s commitment to the university community left a lasting impression on his colleagues.

“Bill dedicated his entire career to Concordia,” Toscano says. “He believed in this institution, he respected it and he worked tremendously hard to ensure students had a great experience while studying here.”

A funeral service for William (Bill) Raso will be held on Friday, February 17, at 11 a.m. at St. George's Anglican Church (1001 Avenue des Canadiens-de-Montréal).