‘Hackathons are the new career fairs’

Calling all Concordia students! On January 21 and 22, join a ConUHacks team and make an impression on industry pros
|
By Amanda Clarke 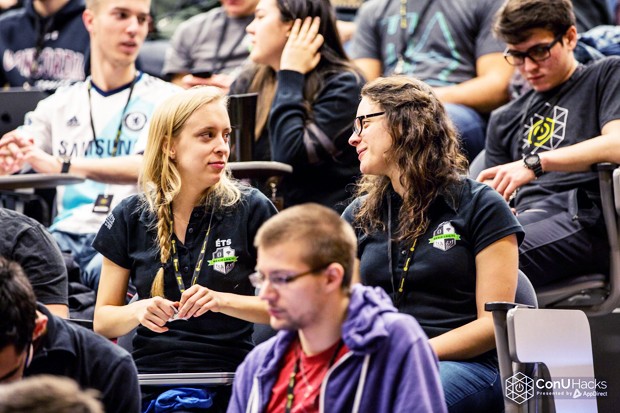 HackConcordia — a group of computer science and software engineering students — is getting ready to host its second annual 24-hour hackathon.

ConUHacks II takes place on January 21 and 22 across the Sir George Williams Campus.

The event picks up where it left off last year, when students took learning into their own hands and held their first ever hackathon aimed at developing solutions with industry experts. The inaugural edition drew almost 400 attendees and organizers are hoping for an even bigger turnout this year.

We asked HackConcordia’s committee member Avinanda Chattapadday to decode the group’s mandate and tell us a bit more about the upcoming tech meet-up.

Avinanda Chattapadday: We’re a student group that focuses on fostering a community of developers who use technology to learn about and create amazing things. We’re also the hacker collective where students get to meet new people, organize hacking events and receive updates on the latest hackathons that other Concordians will be attending.

How did the group first come into being?

AC: The team was formed when a group of enthusiastic students came together to plan and execute Concordia’s very own first hackathon, ConUHacks.

It was a 24-hour hackathon bringing together over 14 sponsoring tech companies and just under 400 students from 24 schools across Canada and the Eastern United States. We received extremely positive feedback from both students and sponsors, which we’re very proud of. 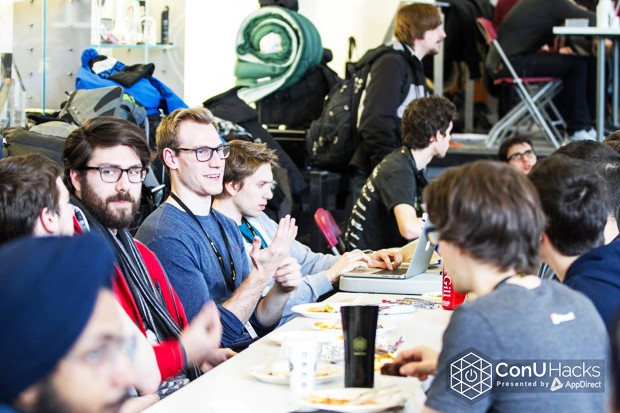 What is a hackathon?

AC: Hackathons allow participants to show self-expression and creativity through technology. People with various backgrounds come together, form teams and collaborate to build something from scratch within a very limited amount of time.

What are some of the goals of hosting such an event?

AC: Hackathons are very important in our field. They have become the new career fair since they allow companies to meet passionate students in a practical environment. They simplify the recruiting process by giving participants the opportunity to showcase their technical skills and passion for programming.

Technology enthusiasts won’t want to miss ConUHacks II. We plan to make this year bigger and better by having even more participants, top leading companies, amazing prizes and fun APIs.

The event is free and open to all students, no matter your program or institutional affiliation.

How can students get involved with your group?

AC: Attend our events and volunteer! You should also join and follow us on social media. These are great ways to start building a relationship with the team, which will come in handy during our recruiting season at the end of the winter.