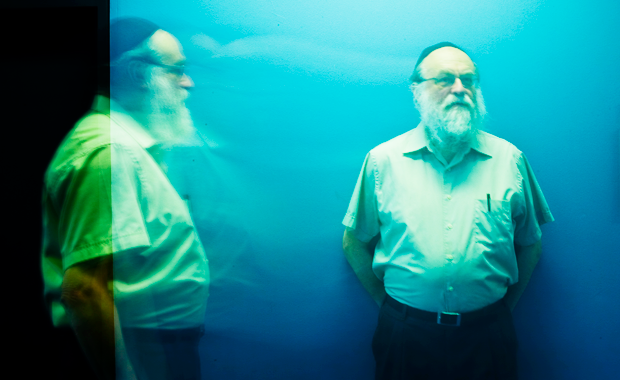 What do mathematicians do in their spare time? For Abraham Boyarsky, professor of mathematics and statistics in Concordia's Faculty of Arts and Science, it’s fiction writing.

It tells the story of Sender Pleskin, a self-proclaimed trauma specialist dedicated to serving his community. Along the way, readers encounter kidnappings, espionage and fugitive war criminals. The following is an excerpt from the novel. 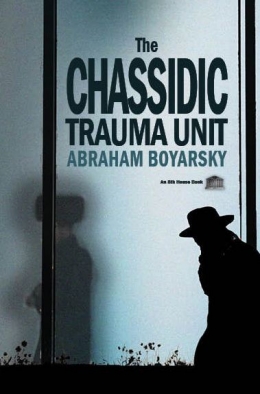 'The Messiah is also sleeping'

It was 2 AM. The clear winter sky was filled with stars. The snow covered tree crowns swayed in the wind. Sender trod slowly through the snow in the nocturnal stillness of streets that had bustled with activity during the day. He glanced toward his house in the distance. As he approached, he heard sounds on the roof. Looking up, Sender saw a family of raccoons dancing to a Chassidic tune that seeped melodiously through a neighbour’s frost covered window. The sight cheered him, and he scurried the last few steps to his stoop from which he had neglected to shovel the snow before the Sabbath.

Devorah was asleep on her back, snoring politely, a little girl with a kerchief on her head, curled up peacefully in a corner of the bed, unlike other women, he imagined, who slept sprawled out, bodies flung open from loss of innocence. A snippet of gray hair spilled out from beneath her kerchief. She had left the closet door open, the light inside on so Sender would not trip on his way to bed. He didn’t have the heart to wake her up even though another Viagra pill was going to waste. He bemoaned the fact that he needed it, but gone were the days when his body would snap to attention. Sender glanced toward Devorah’s wig resting on a white Styrofoam head and thought it was time to buy her a new one. But if he did not have money to fill up the Escalade, where would he find the four hundred dollars for even the least expensive wig? Recently, Devorah had asked him out of the blue: “Would you have married me if you had known about my...” He didn’t allow her to finish the sentence, nor would he respond to such a silly question. He would never admit there was something to know. In his eyes she was perfect, spiritually and physically, and he wanted her to know that. Devorah smiled because she believed him.

Sender yanked off his black, knee length support socks from the top, as if skinning a small animal. Then he palpated the bulging veins meandering down his right leg like the Mississippi River and nodded in the darkness as if admitting some inexorable truth. Sender yearned for sleep, the black earth in which to bury the anguish of his powerlessness, but the plight of Mayer Weiss kept him awake. Tears welled up in his open eyes and slithered down along his psoriatic cheeks with a sting.

In the middle of the night, three-year-old Shayna came to the closed bedroom door whimpering like a puppy. She was soaked and thirsty. Sender changed her and warmed up a cup of milk by inserting it into another cup into which hot water had been poured, the special way it is done on the Sabbath. Then they sat down on the living room sofa. The timer had turned off the lights. After Shayna had gulped down the milk, Sender said resolutely: “Now you have to go to sleep. It’s the middle of the night.”

"I’m not tired,” she chanted with an obstinate little shrug of her shoulders. Sender leaned back into the sofa, the child sprawled out on his chest. Shayna wanted to talk.

“Sha, sha, my child. You have to sleep because the Messiah is also sleeping,” he whispered to her with eyes closed. He did not know what he was saying.

“Where is the Messiah?” she asked, her curiosity piqued, her blonde curls spilling over her father’s face, tickling his nose.

“The Messiah is asleep in Auschwitz,” he murmured groggily.