‘Our job is to stop the three-peat’ 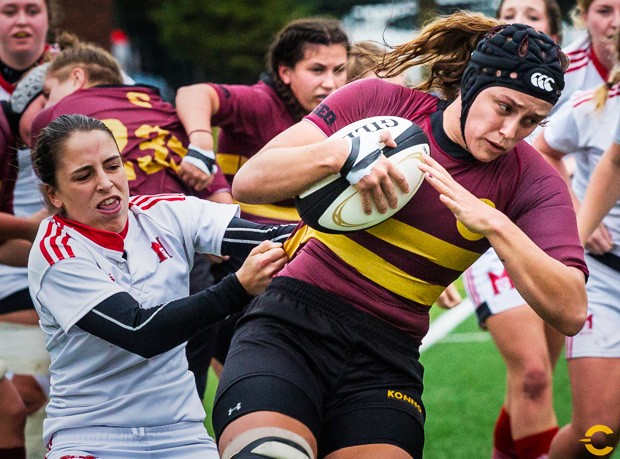 In every sport there are storied rivalries — Liverpool vs. Manchester United, Lakers vs. Celtics, Bruins vs. Habs.

For the Concordia women’s rugby team, it’s the University of Ottawa. The past two seasons, they’ve met in the conference finals, and in both instances the Gee-Gees have taken home the trophy.

Not this time, says Stingers head coach Graeme McGravie, who is taking his Concordia team to the Réseau du sport étudiant du Québec (RSEQ) championships for the 10th straight year.

“Our job is to stop the three-peat.”

The game is tonight at 7 p.m. in Ottawa, and McGravie says his team is eager to end their rival’s remarkable run.

“They’re going for three championships in a row and they're at home — we're just getting on a bus to play a game. Nobody’s putting real pressure on us, and we're not putting it on ourselves.”

In some ways, the game is less important than what’s still to come. Regardless of the result, both teams are heading to Victoria next week to play in the Canadian Interuniversity Sport national championships. Tonight’s outcome will affect who they face off against there.

In other ways, though, it is a big deal. For one thing, this post-season is the end of an era. Plus there’s that whole three-peat to avoid …

“I have 10 players graduating,” McGravie says. “The girls want to go out as conference winners.”

The team will be playing without starting flanker Kelsey Martin, who will be replaced by rookie Victoria McCann. But all-stars Alex Tessier, Frédérique Rajotte and Jenna Thompson — who were all named to the RSEQ honour roll last week — are healthy. 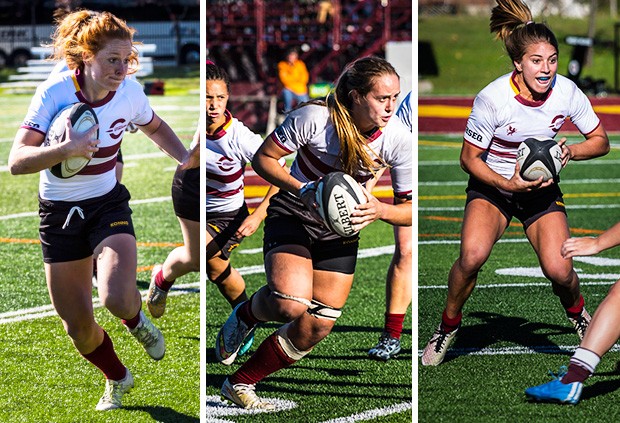 The only time the two teams played each other during the regular season, on September 25, Ottawa won 20-17. Since that game, Concordia has won four straight, including a 31-24 victory over Université de Laval in the RSEQ semi-final.

The Stingers dominated their October 22 game against the Rouge et Or. “I don't think it was ever in doubt for us,” McGravie says.

“We were going to win. Even trailing at the half we felt really good. During the second, we were able to pin them down in their end and apply a lot of pressure. We were pretty physical, and that really made a difference.”

Concordia was up 31-14 with only a few minutes to go, when Laval scored. By that point, though, the Stingers were already packing their bags for Victoria.

But before they get on the plane, there’s just one bit of unfinished business to take care of: the chance to silence the Gee-Gees, set the stage for a big showing at nationals and prove the veteran squad’s mettle once again.

“Ottawa have never lost this season, never trailed,” McGravie says. “We've come from behind in a couple of key games — and won them convincingly. We’re ready.”