On October 7, the Concordia speaker series kicks off its fall season
|
By Christian Durand 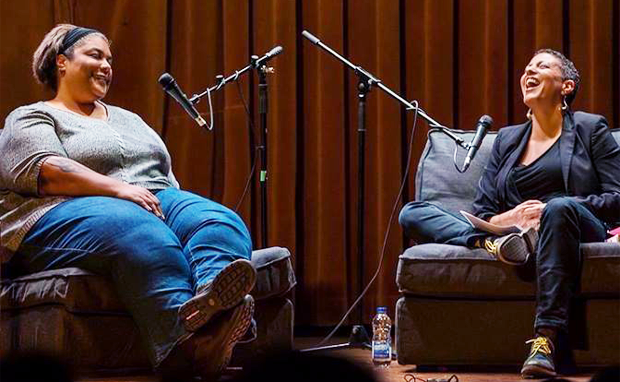 “The black experience is often times limited to a one very specific type of story and I think that we have to broaden our cultural understanding of what it means to be black.” | Roxane Gay with Rachel Zellers, 2015.

The 2016-17 season of Concordia’s Writers Read kicks off on Friday, October 7. In its 12th year, the popular literary series is known for bringing together established and emerging North American poets and authors to campus.

“Writers Read is the envy of a lot of my colleagues from across the country,” says Sina Queyras, director of the initiative and senior lecturer in the Department of English. “To me it rivals anything that is being done in other literary hubs such as New York, Chicago, or Philadelphia.”

Queyras believes that what makes the series so successful is its ongoing commitment to innovative and provocative programming mixed with an engaging audience experience.

Each season of Writers Read is built around the same premise: to create a dynamic series of talks featuring authors and invited speakers who represent a diverse swath of the literary scene.

“We augment our traditional literary events with surprising combinations of writers. We expose local and emerging artists alongside the most exciting writers from the national and international stage,” explains Queyras. “I try to take risks, and I try to honour writers that haven’t been feted enough yet.”

In addition to readings, programming includes master classes and professional development opportunities that give students the chance to learn from some of the most respected writers in North America and beyond.

Concurrent with Writers Read is Off the Page, run by undergraduate and graduate students from several Concordia departments. Taking place from November 3 to 6, this year’s festival will focus on innovative women’s writing, art and collaboration — “with a strong theme of hauntings,” says Queyras.

André Roy is dean of the Faculty of Arts and Science, which provides part of the funding for Writers Read. He says it exemplifies the Faculty’s strengths.

“What impresses me about the series is it attracts top literary talent to Concordia while introducing new voices to the world. It’s a hub that challenges ideas and redefines the conventional assumptions of what it means to be a contemporary writer.”

So far Off The Page will feature Suzanne Buffam, Damian Rogers, Zoe Whittall and Ana Leventhal, with more names to be confirmed in the coming weeks. The spring will feature Claudia Rankine and Colm Toiban.

Here is the complete lineup for the fall 2016 session: 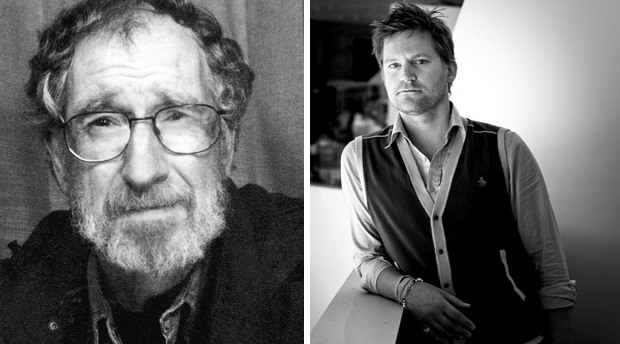 Sina Queyras: “We feature at least one local emerging artist as well as an established writer from the national stage.” | From left: Don McKay and Jeramy Dodds

McKay’s collected poems, Angular Unconformity was published in 2014. He won the Governor General’s Literary Award for poetry twice: Night Field (1991) and Another Gravity (2000).

Dodds’s most recent publication is a translation of The Poetic Edda (2014) from Old Icelandic into English. He is a poetry editor at Coach House Books. 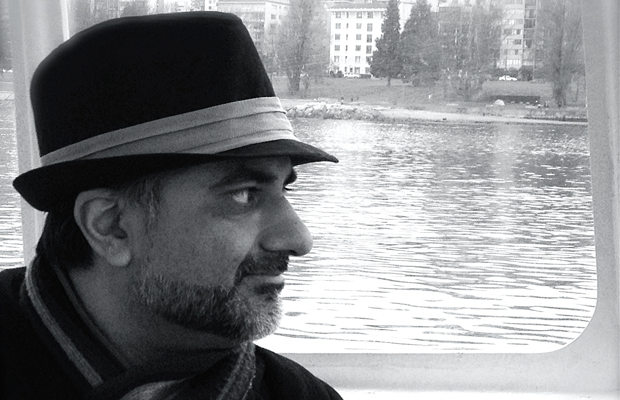 Phinder Dulai’s latest collection of poetry dream/arteries was published in October 2014. Recently Dulai took part in the In(ter)ventions Literary Residency at the Banff Centre for the Arts, where he continued work on the Komagata Maru poems.

Robertson is known for book-length projects with political themes, such as gender and nation, as well as the problems of form and genre. Her books of poetry include XEclogue (1993), The Weather (2001) and more.

Broadbent’s Oh There You Are I Can’t See You Is It Raining? (2012) won the 2012 Robert Kroetsch Award for Innovative Poetry.

Shockley is the author of several collections of poetry, including a half-red sea (2006) and the new black (2011), and she is the headline event for this year’s Off The Page. She is also the author of the critical volume Renegade Poetics: Black Aesthetics and Formal Innovation in African American Poetry (2011).