‘Heartbreaking and complex’: a glimpse at the 2016 Giller shortlist 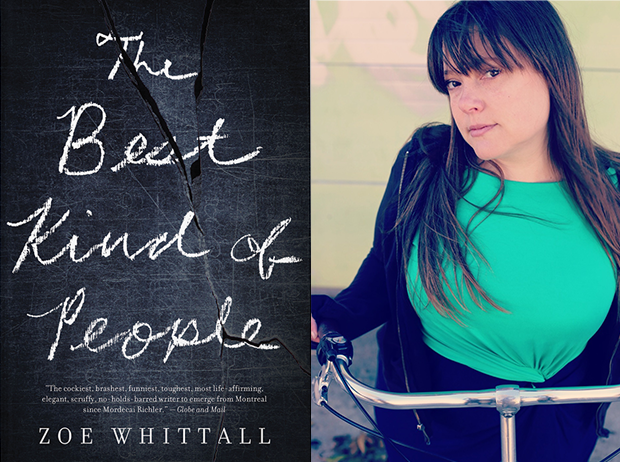 The Best Kind of People, Zoe Whittal's fifth novel, is about an all-American family on the brink of collapse.

Wondering what to talk about at your next literary soirée? Andre Furlani, chair of Concordia’s Department of English, gave us this analysis of 2016's Giller nominees.

Concordia English graduate Johanna Skibsrud’s The Sentimentalists began as a Creative Writing thesis and ended with a Scotiabank Giller Prize for Canadian novel of the year in 2010.

This year another former attendee of the program, Zoe Whittall, is nominated for the most coveted award in Canadian literary publishing. The prize attracted 161 fiction submissions from 69 publisher imprints.

Whittall will be participating in the Department of English’s Off the Page reading series on Thursday, November 3, just four days before the winner is announced at a gala that airs live on CBC.

Another graduate of the English Creative Writing Program, and two-time winner of the Governor-General’s Award for Fiction, Nino Ricci has in the past also been nominated for the Giller Prize. He also served on its jury.

Two of the six nominees for this year’s $100,000 prize are Irish expatriates, one is Asian-Canadian, another is a Québécoise, and all the novels are correspondingly cosmopolitan in scope.

Small presses, including Anansi and Biblioasis, are represented as well as the large commercial publishers. Mona Awad’s anorexia narrative Thirteen Ways of Looking at a Fat Girl is a first novel, while The Best Kind of People, which concerns a family’s ostracism after the father’s arrest for sexual impropriety against a pupil, is Whittall’s fifth book.

Lynn Coady, author of The Antagonist, characterizes it as a “heartbreaking and complex” story that offers no easy answers.

“This is a masterly exploration of the damage an entire community incurs when the secret at the heart of its most perfect family detonates."

As so often, Montreal is robustly represented among the nominees, all of whom receive a $10,000 prize: Catherine Leroux is from the north end, Madeleine Thien has long resided in the city, and Whittall studied here.

Gary Barwin’s Yiddish for Pirates is an exuberant historical novel about the Age of Discovery with a twist, being narrated by a parrot. Another Irish native, Emma Donoghue, whose bestselling Room became an Oscar-nominated film, has in The Wonder produced a very different historical novel austerely depicting an apparent medical enigma in Famine Ireland.

The history is modern in Madeleine Thien’s Do Not Say We Have Nothing, an intricate generational narrative of two Chinese families of musicians who endure Mao’s Cultural Revolution and are eventually drawn into the Tiananmen Square protests and a massacre that the State forbids its victims to mourn.

Thien’s ambitious novel is also shortlisted for the Man Booker Prize, for which Josip Novakovich, a professor of Creative Writing in Concordia's English Department, was nominated three years ago.

The winner of the 2016 Giller Prize will be announced on Monday, November 7.
Find out more about Concordia’s Creative Writing Program.