Following the popular blog’s shutdown this week, Concordia’s Alan Conter looks at the future of press freedom
|
By Alan Conter 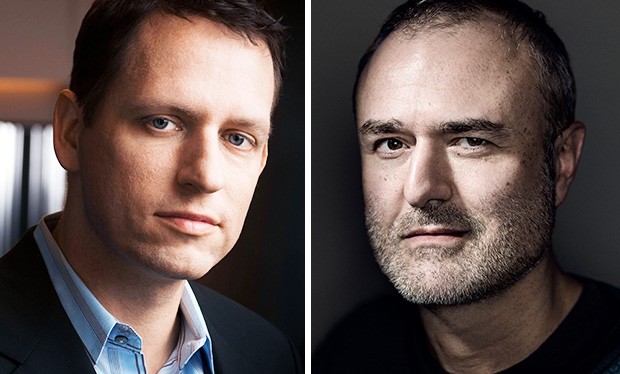 Alan Conter is a part-time faculty member in Concordia’s Department of Journalism.

Gawker, of course, is the now-defunct news and gossip site that was brought down by an extraordinary libel judgment of $140 million, which a Florida jury awarded last spring to the fading wrestling star, Hulk Hogan (Terry Bollea). The original sum of $115 million was topped up with $25 million in punitive damages. For what? The supposed harm done to Hogan’s reputation in publishing a sex tape of the wrestler in bed with his friend’s wife, Heather Cole.

Undoubtedly a massive invasion of privacy for the two consenting adults, but $140 million’s worth of embarrassment, shame and loss of public esteem for a guy who often bragged about his sex life? Apparently, yes — though we’ll see what an appellate court thinks.

So why are Manjoo and other respectable journalists lamenting the demise of a publication that often traded in sleaze and ad hominem attacks led by CEO and founder, Nick Denton?

Nine years ago Denton decided to “out” Thiel as gay on Gawker and a lot of people expected the venture capitalist to exact revenge. In using a small portion of his considerable fortune to sink Denton, Thiel has done just that.

Last week Univision, which operates The Onion and Fusion, acquired Gawker Media for $135 million. They shut down Gawker, but kept its other six properties, which include Gizmodo, Deadspin and Jezebel, in operation. The purchase has allowed Denton to pay part of the amount awarded against him, but there is no reason to think Thiel, buoyed by this success, will stop here.

In 2009 he wrote a piece for the libertarian Cato Institute in which he affirmed that he no longer believed “that freedom and democracy are compatible.” Last month, he appeared on stage to support Donald Trump at the Republican National Convention.

Trump, it should be remembered, has promised to “open up our libel laws so when they write purposely negative and horrible and false articles, we can sue them and win lots of money.” Never mind the irony of this coming from the presidential nominee who is infamous for his purposeful negative, horrible and false speechifying.

The threat of a rewriting of the broadly press-favourable legal standards in American libel law of NY Times Co. v. Sullivan, if remote, is real. Fabio Bertoni, legal counsel for The New Yorker, asks what would have happened if the rumoured video tape of former presidential candidate John Edwards with Rielle Hunter had been made available.

“If the Hogan verdict stands, would a media outlet that published that video be at risk of being put out of business? Would we be worse off if no one were willing to publish such a video? You don’t have to be a First Amendment absolutist, in favour of unlimited publication of sex tapes, to believe that we would.”

Manjoo has a different take. He believes Thiel’s victory is a hollow one. “While he may have killed Gawker, its sensibility and influence on the rest of the news business survive. Just about everywhere in the media today, for better or worse, Gawkerism is thriving.”

Inherent in “Gawkerism” is a right to offend. We dismiss that right at our peril.

In Canada the possibility of such a monstrous award is unthinkable. Also, given the criteria of the defence of responsible communication, it would be foolhardy to publish something as gratuitously crass and with so little "newsworthy" content as the Hogan video.

Yet even here the desire for retribution for taking offense is very present. Whatever one makes of Mike Ward's nasty humour, for people who value freedom of expression, it is unsettling to think that the Quebec Human Rights Tribunal has ventured into policing comedy stages. That appeal is one to watch, too.