3 curators put rehearsals to the test

This fall, Concordia’s Leonard and Bina Ellen Art Gallery explores an uncommon subject in partnership with two other Montreal venues
|
By J. Latimer 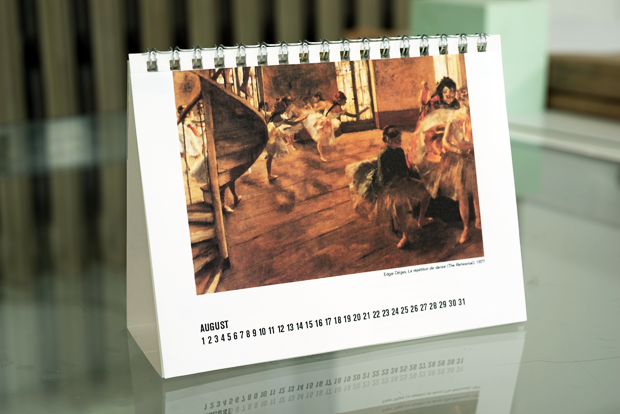 Rehearsals — they’re integral to many forms of art, including theatre, opera, dance and film, either as a topic or in the process of production. Consider Edgar Degas’s iconic paintings of ballet studios and dancers, for example.

Yet, according to three international curators and Michèle Thériault, director of Concordia’s Leonard and Bina Ellen Art Gallery, rehearsal, understood as a subject and a methodology, has been scarcely considered in the contemporary curatorial context.

In an effort to change that, the curators, along with the Ellen Art Gallery and two other Montreal galleries — SBC Gallery of Contemporary Art and Vox, centre de l'image contemporaine —  partnered to host an international exhibition and film program called Putting Rehearsals to the Test.

It opens at 5 p.m. on August 30 at the Ellen, at SBC on August 31st and at VOX on September 1. There is also a complementary film program at the Cinémathèque québécoise.

Running concurrently with La biennale de Montréal, the exhibition will introduce Montreal to 50 (mostly) European artists with international profiles. Each work in the exhibition delves into the role and function of rehearsal.

“This kind of in-depth investigation into the notion of rehearsal appeals to me as a curator and as the director of this gallery,” says Thériault. “The problematic of the rehearsal is very compelling to me because it is embedded in the curatorial process and in the construction of exhibitions, which are considered open ended. Moreover, the combination of these three curators — an art historian/theorist, a curator and a practicing artist/writer — has resulted in a very rich and dynamic curatorial structure and discourse that unfolds across the three venues.”

Guest curators ‘take it from the top’

Sabeth Buchmann, Ilse Lafer and Constanze Ruhm discuss the thinking and methodology behind their show:

How did you come up with the idea to focus on rehearsals in this exhibition?

Inspired by theatre and film scholars like Stefanie Diekmann, Annemarie Matzke and Kai van Eikels, we observed that practices of rehearsal — be they documentaries or self-reflexive fictions — are not only typical for performative arts, but also for fine arts.

Looking at Ruhm’s work, the topic of rehearsal occurs as a classical interface that is used by painters, sculptors and photographers as well.

As part of an ongoing research-based project that branches out into film screenings and lecture programs organized at the MUMOK and the Academy of Fine Arts in Vienna, we investigated practices of rehearsal as a modus operandi in contemporary exhibitions.

In Putting Rehearsals to the Test, it serves as a site of collective and/or collaborative practices and as a tool to foreground the interdependencies between artistic and curatorial working methods.

Why do you think rehearsal hasn't been thoroughly considered in historical and contemporary art discourses?

The rehearsal represented, and still represents, a type of theatrical, heteronomous and often collective type of work that doesn’t fit into the (self-) understanding of fine art productions in terms of accomplishment, individuality, singularity and originality.

With the concept/method of rehearsal, we intend to analyze such ways of art production by focusing on the making of rules, roles and styles.

Why is it a good time to do this now?

We face a growing interest in performative modes of artistic, curatorial and scientific practices that corresponds with the expansion of neoliberal evaluation management into artistic and cultural fields as well as into the social.

We diagnose it as oscillation between rehearsal and testing procedures that cast collaborative practices as well as common rhetorics, such as good job performance. As such, they are part of fully integrated feedback systems as we observe them in the context of network economy and social media.

With so many artists in the show approaching rehearsal in such different ways, how are you organizing the content in the exhibition? And how are you dividing the work between the three sites?

We defined three major themes in relation to, as well as in, correspondence with the artworks, which at the same time constitute the parameters of rehearsal as discourse: the focus on rule- and role-based practices (Ellen Gallery), on post-dramatic forms of images production (VOX) and on the entanglement of the esthetic, sociopolitical and institutional (SBC).

How does an exhibition like this benefit the university environment?

Since the exhibition also touches on learning exercises within fine and performative arts, it reflects on the neoliberal logic of self-organized and self-optimized ways of learning.

What challenged you while preparing this exhibition?

One challenge was to prepare an exhibition based on collaboration between the three of us and all those artists and writers involved, as well as between us and the three institutions here in Montreal — with their own agendas, rules and conditions of exhibition making. This was for all of us a true mode of rehearsal.

Take an Ellen Gallery tour in Mandarin, Farsi or French

A tour of the exhibition at the Ellen Art Gallery with the curators will be held on August 30, at 5 p.m., in English.

In keeping with Concordia’s desire to acknowledge and accommodate the community’s multilingual character, there are three special tours organized for the Leonard and Bina Ellen Art Gallery’s portion of the upcoming exhibition:

Putting Rehearsals to the Test runs until October 29, 2016 at the Leonard and Bina Ellen Art Gallery, with staggered closing dates at the other two venues. The Ellen Art Gallery is located on the ground floor of the J.W. McConnell Building (1400 Blvd. De Maisonneuve W.) on the Sir George Williams Campus. Don’t miss the curators’ opening day tour on Tuesday, August 30 at 5 p.m.