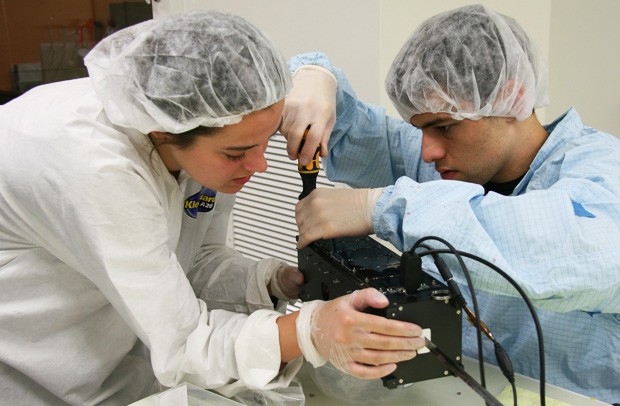 It took months of hard work, but it was worth it in the end.

A team from the Space Concordia student society recently claimed first place at the Canadian Satellite Design Challenge. The competition, which took place at the Canadian Space Agency’s David Florida Laboratory in Ottawa between June 13 and 16, marked the end of a two-year planning, designing, building and testing process.

“Together, we accomplished something that goes way beyond anything we could have ever imagined,” says undergraduate engineering student Rami Kandela, systems lead for the Aleksandr satellite team.

At the same time as Kandela and his teammates were competing in Ottawa, students from Space Concordia’s rocketry division were headed to Green River, Utah for the Intercollegiate Rocket Engineering Competition, which began on June 15.

After sending their entry 11,139 feet into the sky at a maximum velocity of Mach 0.84, the Concordia contingent finished in second place out of 44 teams in the “Basic” category — ahead of competitors from McGill, Yale and MIT.

“The launch was perfect, with the perfect deployment of our recovery devices and a recovery less than a mile from the base camp,” says engineering undergraduate Neil Woodcock, chief rocket designer with Space Concordia.

Krzysztof Skonieczny, assistant professor in the Department of Electrical and Computer Engineering, says he’s proud of the students’ achievements. “I'm honoured to have the opportunity to serve as faculty advisor for such a vibrant, dedicated, and technically proficient group as Space Concordia.”

The road to success

For the student members of the rocketry division, the successful flight in the Utah desert marked the end of months of challenging work, beginning in the fall.

“Every year we need to design and build a new rocket; the structure, recovery systems, payload and avionics!” Woodcock says.

Once the team completes its critical design review, manufacturing begins, usually sometime in mid-January. “Depending on how well our planning goes, this stage can either be really easy or really hard,” Woodcock says. “Luckily, it was easy this year. We finished off with testing and building the procedure for launch.”

For the satellite division — tasked with creating a 34x10x10 cm cubesat, or nanosatellite — preparation for the competition effectively begins two years before the final testing takes place. 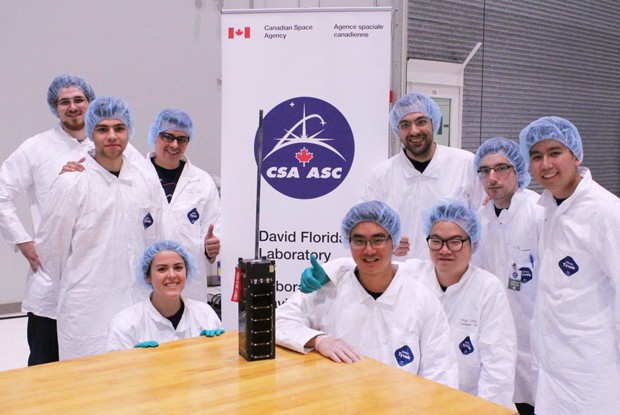 While it may seem long, Kandela says it’s actually a tight timetable to get the job done. “It would normally take more than two years to develop something as sophisticated as a satellite, and especially at an undergraduate level.”

For the rocketry division team, competing in the harsh Utah desert presented a specific set of challenges that went beyond the merely technical.

“We must compete in an environment which exposes us to extreme heat, blowing dust and other threats, including rattlesnakes, scorpions, tarantulas and exploding rockets,” Woodcock says. 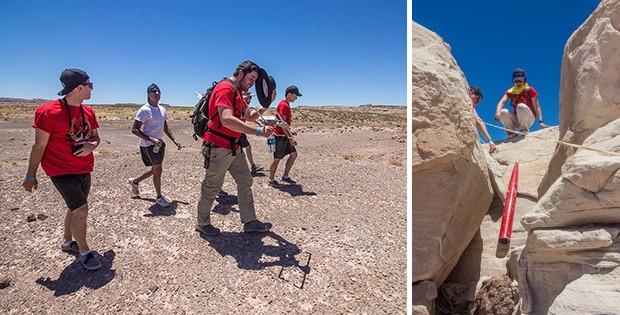 The Concordia team managed to assemble and launch their rocket without incident, despite the adverse conditions, but other teams weren’t so lucky. A malfunction caused one school’s rocket to experience a rapid unplanned disassembly, or RUD. Competitors were alerted, Woodcock says, and everyone looked skyward.

“For a few seconds nothing happened. Then there was a bang and a large section of rocket smashed to the ground about 100 feet from base camp. An evacuation to the east was called and everyone ran as fast as they could as fine rocket debris fell to the west.”

For Space Concordia’s satellite division, Kandela says one of the main challenges was ensuring the project continued to move forward, despite students graduating and taking their expertise with them, and the time crunch faced by current students.

“Most of our members take a full course load, in addition to Co-op internships, in parallel with the competition,” he says. “Balancing satellite work while maintaining passing grades has been a great challenge for every member. The little time we have left is spent learning, designing, building, networking and planning.”

The team showed up in Ottawa for the competition earlier this month, with a fully tested spacecraft, expecting it to run smoothly. But just as they were preparing to put it through a random vibrations test, followed by a series of functional tests in front of the judges, they realized something was wrong.

“We noticed that our small, hand-held walkie-talkie charger had decided to give up on life,” Kandela recalls.

“It sends commands from our laptop to the satellite, a product we bought off the shelf. All of a sudden you have a group of students trying not to panic and act suspicious, while running around a government laboratory scavenging parts to replace a charger, right before the big moment. We ended up having this huge power supply hidden under the table with wires stitched together in the sketchiest manner ever. But hey, it worked!”

The challenges facing the two Space Concordia divisions were legion, but they managed to overcome them and finish their projects, on time and with excellent results.

For the rocketry team, it meant placing second in an international field, which included teams from some of the world’s top engineering institutions. 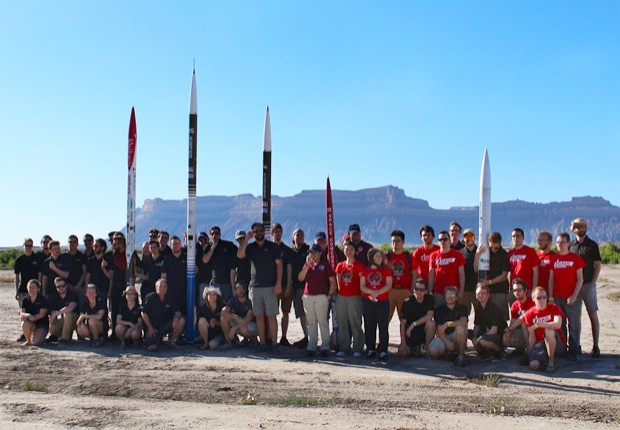 “There is no other competition that requires engineers to apply their skills in such desperate conditions,” Woodcock says. “Only the best prepared and toughest teams can make the cut. I'm happy to say that our team was good enough to make it without any injury or incident!”

Meanwhile the satellite team distinguished itself as the best in the country.

“There were many times where we thought we would not be able to complete the satellite,” Kandela says. “Many times where the end seemed very unclear and out of reach, many disagreements among members, bureaucratic and financial hurdles, and personal sacrifices that needed to be made. But even then, the team never gave up.”

Is space the final frontier? Kandela’s teammate Jan Clarence Dee says there’s still a lot of work to be done before their creation can head into orbit, but it's definitely the goal.

“Multiple environmental tests would need to be conducted to qualify our satellite and to show compliance with various launch vehicles,” he says, adding that planning is already under way for next year.

“Winning the competition marks the beginning of a new era for Aleksandr, and the team is very excited to get started.”