How to calm an anxious mind 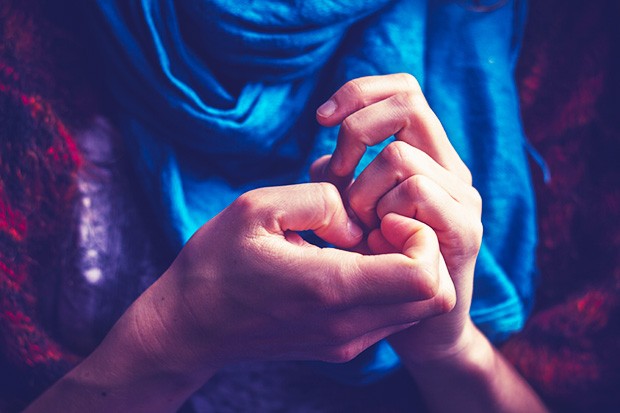 Anxiety disorders and related problems such as obsessive-compulsive disorder (OCD) are among the most common mental health conditions. At least one in four Canadians will have an anxiety disorder in their lifetime.

While effective therapies for these often-debilitating disorders exist, many sufferers find them very difficult to engage with or complete. This prompted researchers at Concordia to look for ways to make treatment easier to handle for those who need it most.

In studies recently published in the Journal of Anxiety Disorders and forthcoming in Cognitive Behaviour Therapy, Concordia psychology researchers Hannah Levy and Adam Radomsky show that the very behaviours people use to avoid anxiety could become part of an effective treatment, and that patients have a significant role to play in deciding when those behaviours are no longer necessary.

Radomsky and Levy focus on safety behaviours — things people do to make themselves feel less anxious. Examples include wearing gloves when touching dirty objects, avoiding eye contact during stressful interactions, distracting yourself when doing something scary — any behaviour that increases feelings of safety in anxiety-provoking situations.

“Traditionally, psychologists thought that fading out or eliminating these behaviours entirely should be the primary focus of the therapy used to combat anxiety disorders. But we found that changing those behaviours and giving patients greater agency is much more effective,” says Radomsky, professor in Concordia’s Department of Psychology and senior author of the studies.

He and Levy followed 157 study participants — ranging from people with low-level anxieties to those diagnosed OCD — as they adapted old habits with new ones that they could use to avoid anxiety during exposure therapy, in which the therapist exposes the patient to feared objects or situations without any danger.

They also found that the most important aspect of reducing the use of safety behaviours in therapy is that the client or patient be the one who decides when they are ready to move forward without them.

“This is different from the standard approach in which therapists encourage people to drop their safety behaviours at the outset of the therapy, which often leads people to drop out or refuse the treatment. Under the right conditions, safety behaviours have the potential to make the therapy more effective, and more acceptable,” explains Levy, who recently defended her PhD in psychology at Concordia and will graduate this summer.

Radomsky, who also holds a Concordia University Research Chair in Anxiety and Related Disorders, says the results of the research could help therapists shape their approach to best help each person with whom they’re working.

“It’s our hope that these findings will help to reduce the number of people who refuse or drop out of cognitive behavioural therapies and should result in more people getting the help that they need.”

Partners in research: These studies were supported in part by the Fonds de recherche du Québec – Nature et technologies and the Canadian Institutes of Health Research.

Find out more about clinical and health research in the Concordia Department of Psychology.