As readers mourn To Kill a Mockingbird's reticent author, Concordia professor Andre Furlani asks: 'Why does American culture send its most renowned writers into seclusion?'
|
By Andre Furlani 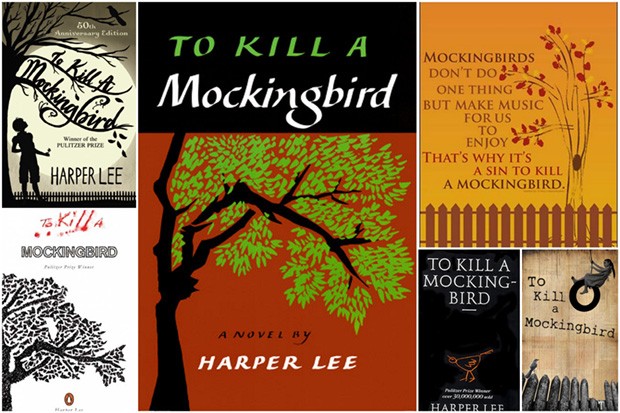 American culture has a way of sending its most renowned writers into seclusion and even silence. In Bech is Back, John Updike’s protagonist, a novelist who has suffered a protracted writer’s block since the success of his first novel, receives an award as the American writer who has sustained the most meaningful silence.

Bech has a lot of real-life competition: when in the early 1980s the prolific Updike lobbed that gibe at the peculiar prestige of literary taciturnity, certain celebrated American writers were increasingly famous for not writing.

J.D. Salinger built one wall around his Connecticut fastness and another around his manuscripts, not publishing for the last four decades of his life; after Invisible Man, Ralph Ellison was unable to complete a second novel; Joseph Heller did not publish a novel until 13 years after the appearance of Catch–22.

The only book Tilly Olsen published after the triumph of Tell Me a Riddle was, appropriately, Silences, which describes the obstacles of gender and class to writing. Even the belated fame in 1964 of Call It Sleep could not inspire Henry Roth to resume publishing until the final months of his long life.

Between Gravity’s Rainbow in 1973 and Vineland in 1990, Thomas Pynchon published only a volume of juvenilia, and, though his voice has been heard on an episode of The Simpsons, he has rarely been photographed; even his professor at Cornell University, Vladimir Nabokov, could not recall his face.  And when hurricane Lolita swirled across America, Nabokov sped to the lofty and permanent aerie of a hotel penthouse on a Swiss alp.

Truman Capote fell into a garrulous literary silence after the success of In Cold Blood, becoming a media personality and publishing but a few trickling rivulets from an otherwise stymied roman fleuve about Manhattan nabobs, tentatively entitled Answered Prayers.

While researching his “nonfiction novel” about a heinous Midwestern farm murder, Capote was accompanied to Kansas by his childhood pal, Harper Lee.

He had spent his childhood summers next door to her in Munroeville, Alabama, not far from the Mississippi Delta town where the murderers of the teen Emmett Till, lynched because he had purportedly flirted with a white woman, were acquitted by an all-white jury, and closer still to where an innocent party of black youths, the Scottsboro boys, were convicted by an all-white jury of raping white women.

“Apart people,” Capote later called Harper and himself: she a scrappy barefoot tomboy, he a lisping, tiny, effeminate dandy whom she defended with her fists.

They were lonely, bookish, and imaginative, and soon were co-writing stories on her father’s typewriter. She helped him to write In Cold Blood while he, it was rumoured, had helped her to write To Kill a Mockingbird.

They grew up to write international bestsellers about contentious trials, and they too never finished another novel.

Mark Twain’s Huck Finn, William Faulkner’s Benjy, the canny youths of Flannery O’Connor, Carson McCullers, Eudora Welty, and Guy Davenport: Lee’s Scout, Jem, and Dill in To Kill a Mockingbird (inspired respectively by Lee, her sister Alice and Capote) belong to a roster of precocious Southern kids whose second sight surpasses, and whose plain-dealing speech trumps, the racial glaucoma and the glib gab of their ethically myopic elders. Even upright Atticus Finch is a bigoted segregationist, as Go Set a Watchman recently revealed.

These kids brave grave dangers, but age can be as hazardous as youth. Lee was less fortunate than Capote, the manuscript of whose Answered Prayers has never resurfaced, for publishing scoundrels got their hands on her fugitive piece, and did not even have the patience to await her imminent death before publishing it under fraudulent auspices.

Not three months after the death of her sister and vigilant guardian Alice, the deaf, blind Lee, ailing in an assisted living centre in her hometown, published what her unprincipled legal minders and the Murdoch corporation had the audacity to claim was a newly discovered novel.

Go Set a Watchman, published less than a year before Lee’s death last week, in her sleep, at 89, proved to be an early, inferior draft of To Kill a Mockingbird.

Like several of her prudent literary peers, who just wanted to get on in peace with their work, or with their life, Lee trusted silence and seclusion to elude capture by the avaricious globalized media.

Five years before her death, the Australian Daily Telegraph quoted this explanation for why Lee had stopped publishing: “One, I wouldn’t go through the pressure and publicity I went through with To Kill a Mockingbird for any amount of money. Second, I have said what I wanted to say, and I will not say it again.”

The pressure and publicity of Go Set a Watchman could only have hastened her death, for it made her say poorly what she had already said so richly. And we are poorer for it.

Andre Furlani is the chair of Concordia's Department of English and the author of a book on Harper Lee's fellow Southerner, Guy Davenport. He recently published Beckett after Wittgenstein (Northwestern University Press, 2015).

The faculty of the Department of English includes several specialists in American literature, including Nicola Nixon, Mary Esteve, Omri Moses and Nathan Brown.