What's the secret to a great Super Bowl commercial? 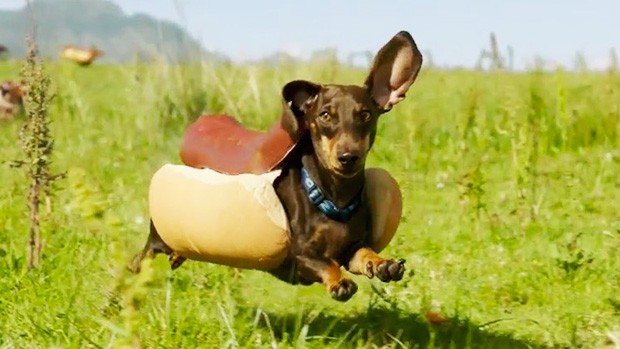 Last year in the United States, 114 million people tuned in to watch the Super Bowl, the most watched televised event in United States history. Meanwhile, north of the border, more than nine million Canadians watched the game  — but with different ads.

Next year, however, the Canadian Radio-television and Telecommunications Commission (CRTC) is doing away with simultaneous substitution or “sim sub” — the swapping out of American TV commercials with Canadian ones during Super Bowl broadcasts.

This is good news for Canadian viewers who have been complaining for years to the CRTC about the regulation, but it’s bad news for the nation’s broadcasters who pull in more than $250 million every year because of sim sub.

But why are Canadians concerned about what ads they get to see? Why is there so much hype around Super Bowl commercials in the first place? In anticipation of this Sunday’s Super Bowl 50 game, we asked Concordia alum and advertising guru Al Stavro to share his thoughts on the phenomenon.

Why are Super Bowl ads such a big thing? Is it just because the audience is so huge?

﻿AS: Yes. You pay up to $5 million and it costs at least a million dollars to put together a good ad. It's a heavy investment on their part. You've got a captive audience. It's like going back 50 years when you only had one or two channels. All of a sudden you've got everyone glued to the tube. You're paying for it, but you've got that built-in audience.

The earliest one I can remember is the Coke ad with Mean Joe Greene from 1979. I think that was one of the first ones. It's really a sucky ad, but it's one of the ones that started to cut through a lot of stuff, because it told a story.

﻿That seems to be an important part of it.

AS: For someone who’s worked in the business, it is. You've gotta tell a story that's fun, interesting and gets your message across. You have to have a pretty good strategy and know exactly what you're doing. You just can't throw it together and get it out there.

How important are the Super Bowl ads in the business?

AS: They showcase the creative thrust of a lot of agencies, and also whether the companies they deal with trust their agencies. Some of them do, some of them don't. The better the stuff, the more likely they trust the agency. Because when a client dictates or makes suggestions as to how something should be done, it rarely works, because they can never see the whole flow.

Do the campaigns change over the years?

AS: They go in cycles — whether it's the feel-good stuff, the tough guy, they all have one thing in common: they all tell a good story, and they're really beautifully done.

Does anything change? Not really.

You go through years where they want to show buxom women, Cindy Crawford doing the Pepsi commercial, or funny stuff. They all do well. They're trying to say, “Look at me, I'm really good, and I'm really nice. And I'm smart enough to entertain you for 30 to 60 seconds.”

It's an issue of entertainment and nothing else. You’re trying to cut through the clutter, but at that level, there really isn't much clutter, because people are really looking forward to seeing these ads.

Last year, Nationwide, an insurance firm, ran an ad with a kid telling Americans that most accidents happen at home.

It was a real downer, but it gets the message across, so it's on strategy. As long as something is on strategy it works, and at that high level, if you can entertain me at the same time, I'm gonna pay attention to you.

Are there any game-changers that stand out for you?

﻿AS: That’s like asking somebody, what's a good book? They're all pretty good at that level. There's a lot of money, and a lot of great talent that comes together to produce these things. It's highly unlikely that they fail in the strategy that they set out to accomplish, whatever their strategy might be.

This year’s Super Bowl Ad campaigns: ‘visually stunning’ to ‘more of the same’

We asked Al Stavro to weigh in on some of the commercials set to air this weekend during Super Bowl 50.

Outstandingly funny and sure makes you forget what you are eating!

Amazing as usual. Another home run, and I'm still okay with drinking 10 teaspoons of sugar.

Visually stunning and strategically different. A large company advertising for a client... Will this spark a new trend?

Its wonderful. Beautifully shot, great lighting and makes a compelling story for the automatic breaking system feature. This differentiates the stopping feature in one memorable, funny and effective manner.

Puppies, dogs, and babies and people in silly costumes, what's not to like. In my sick mind I wanted this to turn into a Walking Dead/zombie ad where the waiting Ketchup family just devours those hot dogs! But really, the spot is silly except to dog lovers and hot dog eaters.

Kevin is great but I missed the point. A car finder is a major differentiating feature? Isn't that just an App?

Kung Fu Panda... Lots of borrowed interest that overpowers the sponsor. An ad for the movie or the website builder?

Okay. But I can't image anyone having sex after overdosing on buffalo chicken wings, pizza, Doritos and copious amounts of beer. Is a home team Super Bowl win the equivalent of Viagra? Okay, I'm way overboard deconstructing this spot. It's not the 1971 "I'd like to buy the world a Coke" ad.

I honestly thought that the commercial was about Alzheimer's at the start, so they confused me. They did manage to get me back later. Maybe its just me...

Works well at positioning the product. (Editor's note: But it's Christopher Walken. With sock puppets!)

Again, more of the same, but it does not leave me with a smile on my face.

Sorry... Even Steven Tyler can't save this one.

Al Stavro earned his BA in Communication Arts from Loyola College in 1974 and his MBA from Concordia in 1982. He worked for Kitching Advertising, where he was part of an award-winning team, before starting his own firm. Stavro is now retired.