'Concordia allowed me to fulfill my dream’ 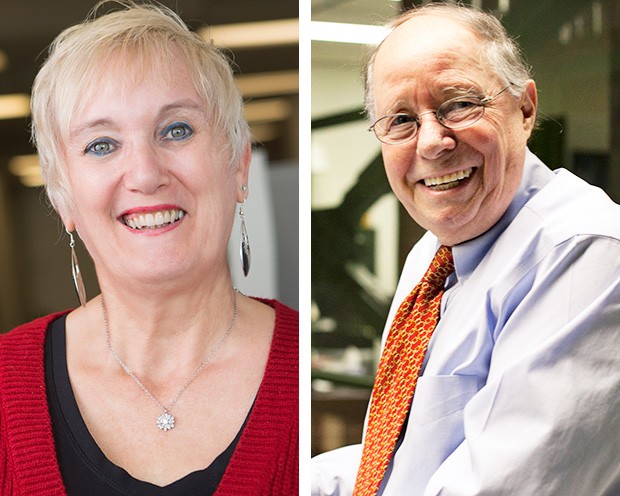 Today, Concordia is recognizing 250 employees who have reached milestones in their careers at the university with the annual Long Service and Retiree Luncheon.

Leading up to the event, we are profiling some of this year’s honourees to both celebrate their important achievements and acknowledge their service, loyalty and dedication to the community.

Alfie Plenzich remembers her first day at Concordia: September 15, 1975. She was 19 years old.

“My colleagues were approaching me to give me work and I wondered why they were not addressing me by my name, Alfonsina,” recounts Plenzich. “I soon figured out that, like in my childhood, they were having a hard time pronouncing my name. So I said, ‘By the way, you can call me Alfie.’” 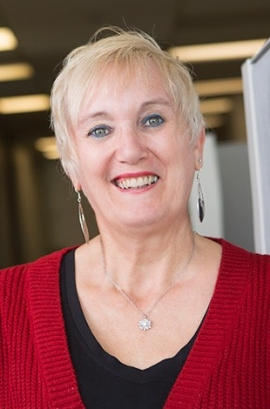 Plenzich — who still goes by Alfie — says their reaction was one of relief. She says her years at Concordia have been full of funny stories, friendships and learning.

“You know when you're a child and you’re growing up, and your mother and father teach you? Well, Concordia became that to me,” says Plenzich. “I was a child from an immigrant family. In my area, I was surrounded by Italian people. When I came here it was all kinds of people. The best part was the knowledge, the surroundings and my co-workers, some of whom are now part of my life.”

One of those people is her husband, Alan Gingell, who works in the Mail Services division of Facilities Management. They met in 1992 at a university event.

During her four decades at Concordia, Plenzich has worked for Financial Services, which handled payroll before it came under the umbrella of Human Resources, as well as for the Faculty of Arts and Science as a budget officer.

Today, she is a payroll administrator with Human Resources. For the calendar year Plenzich works on income taxes, and for the fiscal year, balance-sheet accounts. She also serves as a resource person for her colleagues and the university community.

Over the years, Plenzich has experienced first-hand the integration of new technologies and watched the university transform.

“Everything we did was by hand. Then one day they decided they were going to put this foreign thing on my desk called a computer,” says Plenzich with a laugh. “Now I cannot live without a computer, iPad or iPhone.”

Plenzich says her career at Concordia has allowed her to grow, learn and become the person she is today.

“I still enjoy my job and I love Concordia.”

Fred Szabo started his teaching career at Sir George Williams University in the fall of 1964.

Over half a century later, Szabo is a full professor in the Department of Mathematics and Statistics.

“Concordia allowed me to fulfill my dream of becoming a teacher,” says Szabo, who specializes in the computer-assisted teaching of mathematics. 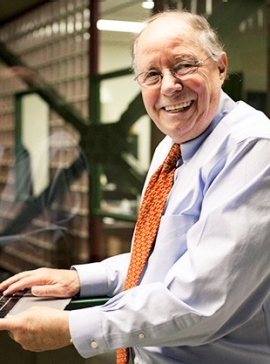 In 1986, Szabo took on the role of dean of Graduate Studies, and supervised the establishment of many new graduate degrees, including the PhD in Biology, PhD in Mathematics, MSc in Administration and MSc in Aerospace Engineering.

“I fought tooth and nail for Concordia to create graduate programs at a time when this was really a big deal,” says Szabo. “These things are now taken for granted. In the late ’80s they required finesse, tact and inspiring collaboration.”

After Szabo's term, the Senate approved the establishment of a School of Graduate Studies.

In ’92 Szabo hung up his dean’s hat and went back to teaching, which has kept him busy for the last 22 years. During this time, he pioneered online mathematics education.

“One of the gratifying aspects of my 51 years of teaching at Concordia is the fact that some colleagues still often greet me as ‘Dean Szabo.’”

“I must have done something right,” he adds.

A lasting tribute to Szabo’s work, inspiration and vision is his brainchild, the Prix d’excellence of the Association des doyens des études supérieures au Québec (ADESAQ), which recognizes the best PhD thesis written at one of the four universities in Montreal in a given year.

“There is always lots of work to be done and lots of opportunities to do it. Where others see obstacles, I see opportunities.”