The 2015 Oxford Dictionaries 'word of the year' is an emoji. Does that make it fair game for essays? 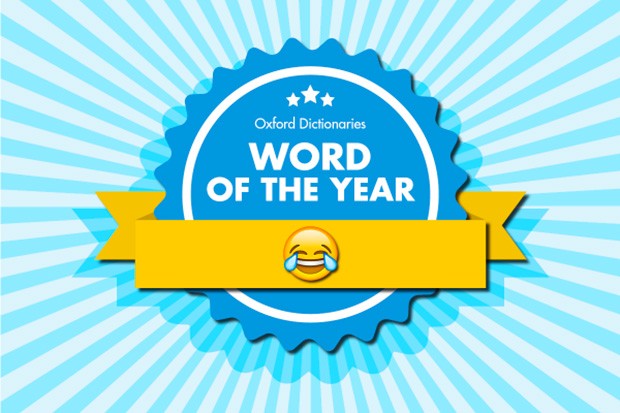 So Oxford, that venerable etymological tastemaker, has chosen an emoji as 2015’s word of the year ("Oxford Dictionaries selects 'tears of joy' emoji as 'word' of the year").

Grammarians everywhere, predictably, have been stung into an Eddie Bauer-and-progressive-lens frenzy, tweeting furiously (though always in full sentences) that the gates are indeed burning, and Agamemnon dead.

At the risk of forfeiting my lifetime membership in the Faculty Grammar Club (frankly, the dues don’t get you much: the drinks are watered-down, and the T-shirt comes only in men’s XL and is super scratchy), I have to say it: I heart emojis.

To me, they’re just more evidence of the vigour and imagination that millennials bring to the world and their efforts to connect with each other in it, to upend the language police, and to upset those of us slavering at the ends of our high-culture kennel runs.

These little pictures, so often held up as Exhibit A in the Murder of Pure English, seem to me no different than any other of a vast number of historical accommodations and adaptations that have made English the rich effluvial river it is.

I love the Oxford contest, too, if only because it feeds my idle and slightly spiteful suspicion that dictionarists spend a lot of time sitting around drinking gin milkshakes and looking at SEO and Facebook polls.

But (enter Miss Marple) here’s the first problem: the world is still a bleary, toilsome place, constrained by particular horizons of understanding that are more often than not artifices of surprising firmness dedicated to the preservation of capitalism’s hierarchical order.

It is for this reason that my syllabi contain a section in which I tell students that the only acceptable way to email me is in the following format:

Hello Laura (I like students to use my first name),

The student’s question or concern, expressed in no more than three correctly written sentences of no more than 50 words total.

Observe, News Boss, that emojis are not allowed. Composition and rhetoric is my discipline and my vocation; it is the means by which I help students, in whatever small way I can, find their paths in life.

So, while I appreciate emojis intellectually, as signifiers of class resistance to the odious aspects of the university tradition embodied by people like Norman Foerster, that goblin 1950s gatekeeper of American liberal humanism, I take seriously my obligation to help students acquire the kinds of writing skills that will serve them well.

And guess what? Sending actual or potential professors, bosses or colleagues emoji-strewn emails does you no good — now. I suspect that may change, in 10 days or months or years, but until it does, it’s safer for people with babies to shoe and bills to pay to err on the side of formality.

My second issue (ah! I see you eyeing your word count longingly, News Boss, but please, I’m lonely and bedevilled by cultural perplexion and you’re the first person I’ve talked to all week) is with the actual emoji Oxford chose: the crying-with-laughter face.

Not only did I thinking this was a crying-hysterically face, which means I’ll be spending some time this afternoon sending corrective texts, but it also creates for me uncomfortable feelings in light of the larger, far more serious assumption swimming under the image.

We've had plenty of reason to cry lately — children washing up on beaches, tens of thousands of people running for their lives, people in exploding planes, people shot at concerts, people in my beloved and, I hope, better-than-that hometown of Peterborough, Ontario, retaliating by fire-bombing a mosque — and  not one of these events leaves me wanting to cry with laughter.

I know you like pithy, light commentary, but I can’t get with that just now, News Boss.

I look at the crying-with-laughter 2015 winner and all I hear is the sombre, weary, un-emojiable 17th-century voice of Andrew Marvell:

The wanton troopers riding by

Have shot my fawn, and it will die.

Them any harm, alas, nor could

Thy death yet do them any good.