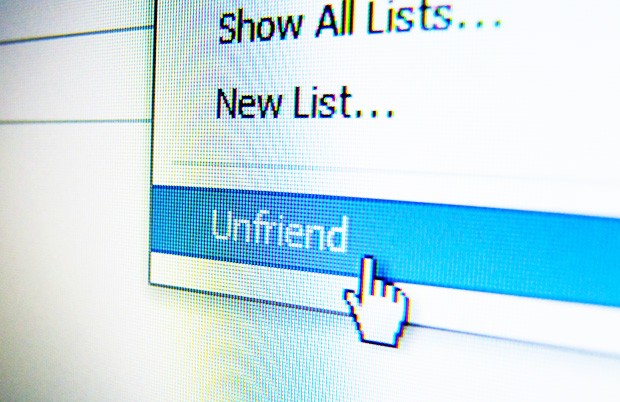 In other news, a recent study revealed that, in Denmark, Facebook users are 39 per cent more likely to be unhappier than their friends who stopped using the site. Participants who quit the social media platform reported to be significantly less sad and lonely than their counterparts.

To mark this unspecial occasion, we asked Fenwick McKelvey, a professor in the Department of Communication Studies to share his thoughts on Unfriend Day, and social media in general.

In February, I spoke with William Gibson as part of the Thinking Out Loud series. He expected Facebook to be out of fashion eventually. We had a good laugh at a future where we might be picking up old Facebook accounts at the thrift shop.

I keep thinking about the link between social media and fashion. I like the link because it emphasizes our own control over the platforms that encode our everyday lives. Simply put, aspects of social media are beginning to be uncool. Unfriend Day is part of the collective experiment to set some etiquette for social media use (though treading a little too close to the shame culture online).

Maybe some of the hostile tone of the Internet could become tomorrow’s jean shorts. Seriously, after a year of GamerGate and the Fappening, seeing misogyny thrive on the web, we must remind ourselves that we have a part to play in making our social media open and kind places.

Another uncool aspect of the web has been its uncomfortable relationship with advertising and surveillance, if we’re excited about social media, and about giving millions of people a new voice, we have to be concerned that it’s done through a few platforms that we know very little about.

In Communication Studies, we’ve partnered with RIDM to promote the launch of the Do Not Track documentary.

Directed by Concordia alum Brett Gaylor (BFA, 01), it’s an amazing way to learn about how the online advertising environment works. Maybe today if you decide to Unfriend someone, think about whether you need to break up with some of your social media platforms.

On Thursday, November 19, join Fenwick McKelvey, Communication Studies professor Liz Miller, and Sandra Rodriquez for a conversation on the production and policy implications of the Do Not Track documentary.

Rodriguez is presently a fellow of the MIT Open Documentary Lab, where she is conducting a research-creation project on rethinking impact analysis within transmedia platforms.

A screening of Do Not Track is taking place at RIDM tonight, November 17, at 7 p.m., at the Cinemathèque Québécoise.