From robots to real-world experience, the innovator and 2011 Concordia honorand reveals his top tips for students
|
By J. Latimer
Source: University Communications Services 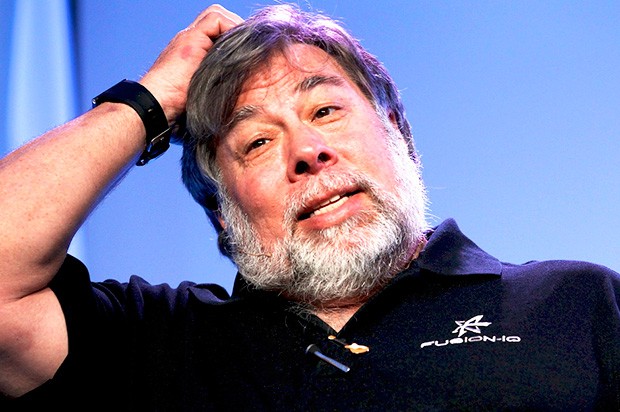 Before there was Sergey and Larry at Google, there was Steve and Woz at Apple.

These days Concordia honorand Steve “Woz” Wozniak is in the spotlight again, as Apple, the company he co-founded, announces its best year ever with $51.5 billion in revenue and Danny Boyle releases a new film about Steve Jobs.

“It was fascinating to work with screenwriter Aaron Sorkin and see how he goes about getting information and making the truth come alive,” says Wozniak, on the phone from his home in California last week.

“And Danny Boyle only hires nice actors — nobody stuck-up. The best part of the movie for me is watching that process of Steve Jobs thinking, which I loved about him so much.”

Was Wozniak happy with the way he was depicted by Seth Rogen?

“Well, the character played by Seth is fictitious, but I admire the character portrayal. He did things the way I would’ve done them,” he says. “I’m a little too nice and soft to say some of the things that were said in the movie. Still, there’s truth in it. Aaron did a huge amount of research.”

In keeping with that nice-guy reputation, Woz then proceeded to offer invaluable tips to Concordia students.

1) Get ahead of the game

“When I took my courses at University of California, Berkeley, I would buy the books on a Friday, and start digging into those books, hardly sleeping Friday, Saturday night and Sunday night. I’d go through, answering every single question at the end of every chapter. It’s a trick I used in high school for mathematics: do more than the assigned questions.

“By the time class started, I was halfway through the book. So when I attended class, it was my second time through it, ahead of the others. It gave me a solid foundation. Go as far as you can go with a subject, learning on your own, beyond what’s expected. Don’t do the bare minimum.”

2) Get out into the world

“Another way to learn as much as you can about what interests you is to take a co-op program, to experience a job in that field. You learn what you want to do when you’re working, while you learn what’s important about school. What am I going to be in the real world? Start doing it, if you can find a way. Co-op is one way — one of the best ways.”

“After graduation, everybody talks about startups, coming up with their own ideas and putting them into action. I strongly want people to think that way, but as soon as you get out of college, the most important thing is paying the rent. You need to get an apartment. Plan on applying to established companies, taking a job and doing a good job.

“But while you’re young, you have your highest amount of mental and physical energy. Don’t waste it. Don’t get home from work and watch TV and go to bed, or go party. That’s the time you can really make things on your own. Start thinking out plans and projects. I advise that so much. For a few years while you’re young, you can give yourself the happiest life you could ever imagine, forever.”

“Exploring artificial intelligence [AI], we’re going to stumble closer and closer to being able to some day actually make the equivalent of a brain in technology. It’s going to be helpful to humans. It’ll be the most incredible partner we’ve ever had and we don’t want to be in conflict with it: we don’t want the machines to fight with us.

“We shouldn’t let these machines be mortal, in my opinion, and we should work hard to give them a very good culture. There’s a law of robotics from Isaac Asimov: 'No robot will harm a human being.' Well, Woz’s law is that no human being can harm a robot that can think, that’s conscious.

“AI is going to be a huge field. Another one is materials handling, which has to do with delivering materials to a factory, to all the robots in a factory. If you learn how to operate those machines, there are infinite jobs out there. If you’re in engineering, try to take crossover courses to cover mechanical engineering and computer engineer and programming, so you can basically build small robots — devices that can do things. That’s the future.”

“I’d like to say this to students: you have this idea that someday you might be in a company, at the top, and get rich on stock options. But remember, there’s a thing called distribution of wealth, and I admire Canada for being closer to the middle there.

“The United States has terrible disparity of wealth. I feel it should be distributed more equally. When Apple went public, there were three of us who basically had all the stocks. We all became super wealthy and we got it as founders, but who’s a founder? Someone who was there in the earliest days.

“Well, we also had a bunch of people in the garage and Steve wouldn’t give them any stocks. I thought, ‘We needed a few other people supporting what we were doing,’ so I gave $20 million dollars [of today’s dollars] to five people in the founder days, and sold another $20 million dollars worth of my own pre-IPO stock. I sold it to employees — engineers, marketing people, staff — so they could benefit from Apple going public.

“So when you work with other people, consider them family. Don’t get greedy. That’s my philosophy. You can set that into your personality when you’re college age. You can say, ‘I’m never going to do those things.’ Then, when you’re successful, remember the people you worked with and who helped you get there.

“You know, Steve’s sister once called me and wanted to replace her Mac. All she wanted was a discount. Steve wouldn’t do it for her, so I ended up buying her a computer. I just don’t understand some of those personality problems Steve had dealing with people who were close to him. You can see it in the movie.”

At the end of the phone chat, Concordia's News Team couldn’t resist asking Wozniak if he would consider a return to the company he co-founded.

“No, I still have such extreme personal ethics … I wouldn’t be a good person to run Apple,” says Woz, who still draws a small salary from the company.

“Steve brought up the subject of my return to Apple in a phone call near the time of his death and I just told him I’m very happy, going out and inspiring students, like at Concordia, because my own high school and university days were really the formative ones for what I did that was great.

“I just love inspiring people. I don’t need to be the boss. I like to be a lot softer than that.”

Not wanting to end the chat there, Wozniak revealed one more private reflection.

“The most heartfelt moment of my life in computers was when Steve Jobs introduced a product [the Macintosh] that was so human. It was ideal for college students who just wanted to write a paper and see it on the screen the way it was going to print. That had never been done in any kind of affordable way. I was behind every product launch. The new movie doesn’t quite get that across.”

Find out about Concordia’s three most recent honorands, who received their degrees at fall 2015 convocation.