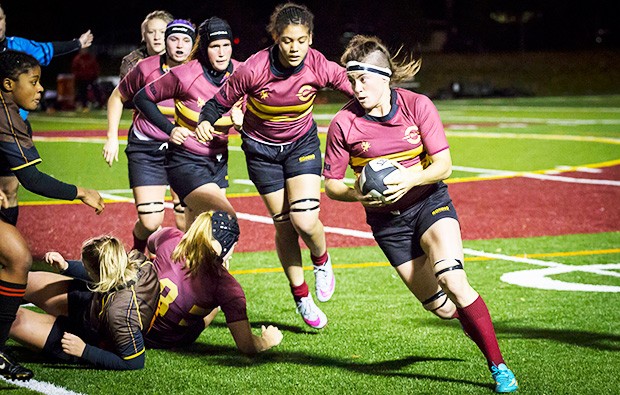 "We just had momentum": fourth-year flanker Saby Dagenais. | All photos by Brianna Thicke

This season has seen its share of ups and downs for Concordia’s fall sports programs.

But the rugby men and women, and the university’s football team have all battled their way into post-season contention.

Last weekend, the Stingers women’s rugby team silenced any doubt they’ll be in the fight for a national championship when they trounced Université Laval in the Réseau du sport étudiant du Québec (RSEQ) semifinals at Concordia Stadium.

“The first half was really close. We were only up 17-15,” recalls head coach Graeme McGravie. “In the second half, we made some adjustments and found our feet.”

When fly-half Kaylie Stuckey scored after half-time to make it 22-15, McGravie says everything changed. “After that, we just had momentum. Our forwards were really banging them up pretty good, and that gave our backs a lot of space to run.”

The 46-20 win earned Concordia one of two spots reserved for RSEQ teams in the Canadian Interuniversity Sport (CIS) national tournament in Kingston, on November 5-8. But first they'll make a stop in the nation's capital next Saturday, October 31, to face the University of Ottawa at 4 p.m. The winners of that game will be crowned RSEQ champions.

“We have to play our best game,” McGravie says. “Ottawa is a really good team.” 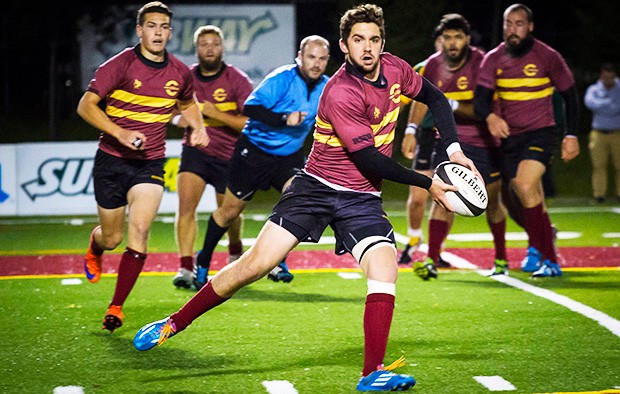 Concordia’s men’s rugby team finished up the regular season this past Sunday, October 25, with a 30-15 victory over L’École de technologie supérieure (ETS). The win brought the Stingers' season record to four wins and three losses.

The two teams will face each other again in the first round of the RSEQ playoffs, on Friday night, October 30, at 7 p.m., at the Concordia Stadium. 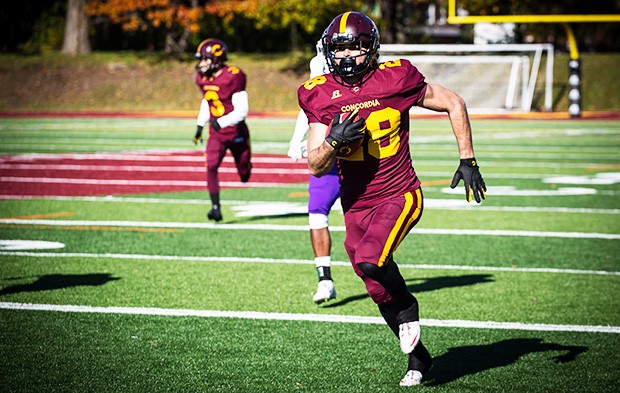 This Saturday, October 31, at 1 p.m. Concordia's football team will face the defending national champions at Université de Montréal — the Stingers' last game of the regular season.

Last weekend, during the 47th Shaughnessy Cup against McGill, Concordia secured a spot in the playoffs when veteran kicker Keegan Treloar managed a 30-yard field goal with only one second remaining on the clock for a 43-41 win.

Despite leading by a score of 33-21 at half-time, Concordia had fallen behind by one point with 1:28 left to play. Stingers quarterback Trenton Miller managed to get his team back into field goal position in time for Treloar to put his team up by two.

Mickey Donovan, head coach of the Stingers, says winning such an important game is proof his team can perform under pressure. “It shows that we have a lot of character and that we won’t stop playing.”

The victory improved the Stingers record to four wins and three losses, and moved them into third place in the province behind Laval and UdeM. Donovan is hopeful about Concordia’s chances to compete against the best university teams in Canada for the 2015 Vanier Cup.

I feel we have the best offence, if not in the country, definitely in our conference,” he says. “We're hitting the peaking point at the right time of the season. We've gotten better each and every week. In the past two games we've put up 106 points, and our special teams are playing well.” 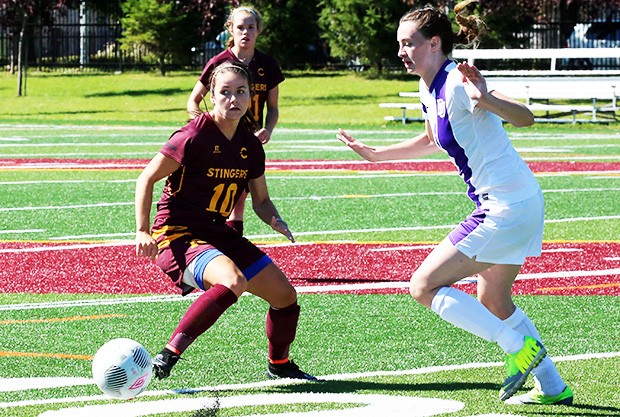 The Stingers women’s soccer team is currently ranked sixth in the province with four wins, seven losses and a tie. Despite some strong results, including back-to-back wins against UQTR (4-0) and Bishop's University (5-0) earlier this month, the team's record wasn't quite enough to put them into playoff contention.

They’ll play the last two games of the season this week — in Sherbrooke this Friday, October 30, and at home against Université de Laval on Sunday, November 1, at 3 p.m. 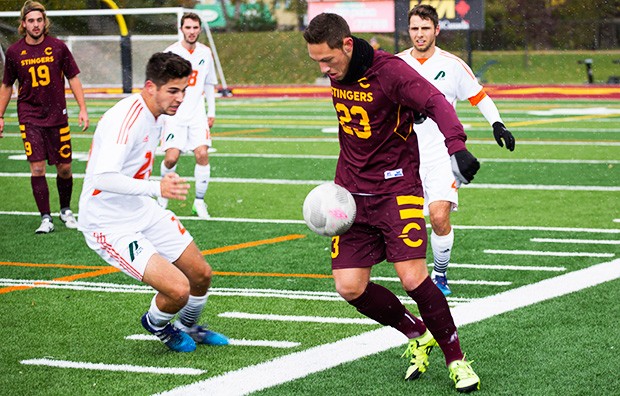 The men's soccer team started off their regular season with a historic 4-0 win over McGill. It was the first time that the Stingers had beaten the Redmen since 2003. But after starting strong, and managing another decisive 4-1 victory over Université de Sherbrooke, they failed to get the results needed for a run at the championship.

They'll aim to finish the regular season on a high note when they face Laval at home in the Concordia Stadium on Sunday, November 1, at 1 p.m.