The politics behind early British paintings 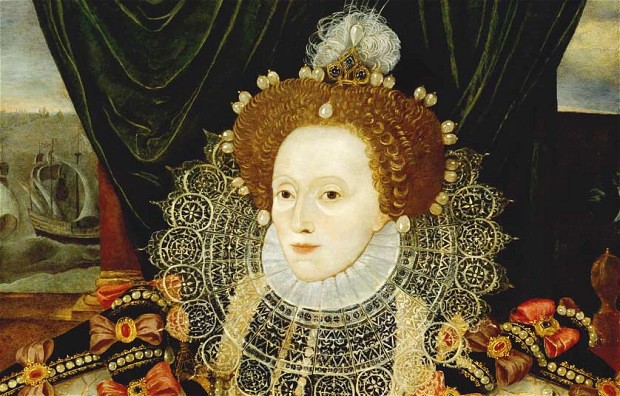 A distinguished professor emeritus in the Department of History at Loyola College then Concordia, Tittler spent his 35-year academic career — and the 10 years since he left full-time teaching — studying the Tudor and Elizabethan eras. The period of time marked by the English Renaissance, William Shakespeare and the English Reformation is often referred to as the Golden Age of British history.

When he retired in 2005, Tittler asked the university to give him a space where he could continue the research he’d been given a sizeable grant to pursue.

So far, Tittler’s work has been used to identify artists who produced works of many sorts, including portraits, landscapes, and material objects such as coats of arms and stained glass all over the British Isles between 1500 and 1640  and to find those responsible for unsigned paintings.

A change of course

It was 1961, and the Oberlin College student had picked up a second-hand paperback copy of Wallace Notestein’s The English People on the Eve of Colonization, 1603–1630 for 60 cents.

“I sat down in the old building where my class was held to read it,” Tittler recalls. The next thing he knew, fellow students were filing out of the lecture he had missed. It was the beginning of his love affair with 17th-century England.

“On Friday morning, I was a biology major, and by Monday morning I had switched to history,” he says.

It took a few decades, though, for his fascination with English art to develop.

The Golden Age of British history was a period of great social mobility and upheaval, and Tittler first became fascinated by governance.  “I spent probably the longest period in my career as a historian working on local communities in England,” he says.

That led him to investigate town halls — the seats of power in those times — where architectural and artistic choices were made to reflect affluence and reinforce the state’s power over people.

Those who wished to command a particular air of authority often commissioned portraits of themselves, accompanied by objects that reflected their status in society. Tittler wanted to find out more about what the paintings showed and what the subjects of those pieces were trying to communicate.

“I’m seeing this not as a connoisseur, not as an art historian would do. I’m seeing it couched in the context of social history,” he says.

Since the mid-1990s, Tittler has devoted much of his attention to early modern English art — with its painting technique that Tittler describes as “very crude” and clumsy, without perspective or shading.

England’s isolation from the rest of Europe shielded its artists from the stylistic changes the Renaissance had brought to the continent. Even Henry VIII brought in a foreign painter to do his portrait.

Tittler’s research earned him attention from the National Portrait Gallery in London, which invited him to a five-year appointment on the advisory committee for the gallery’s “Making Art in Tudor Britain” research project.

Most recently, his database was written up in London’s widely read Art History News. In the article, editor Bendor Grosvenor names Tittler a 'Hero of Art History,' a title which he bestows upon individuals who "have done something to which we're all indebted, but which nobody else has ever done."

Although retired, Tittler spends four to six weeks a year in the United Kingdom, much like he’s done his whole career.

He’s never really on vacation, though. “Going to England is just going to another place where I work,” he says. “Research becomes part of who you are, and not just what you do for a living. I don’t know what I’d do if I didn’t do this.”