'Photojournalism delivers the news to the heart'

Desperate images of the European migrant crisis dominate today's front pages. But was it ethical to print them?
| 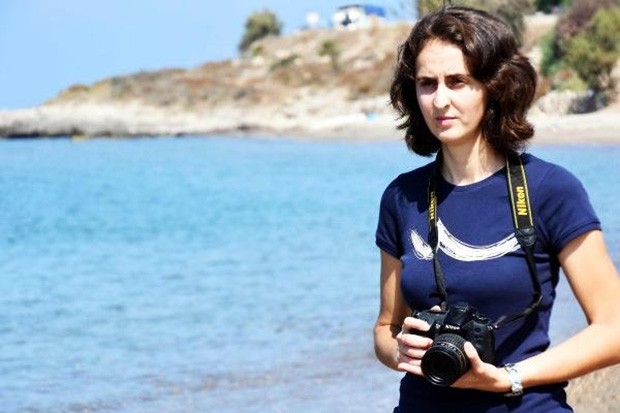 "There was nothing photographer Nilufer Demir [pictured] could have done to save the child. But maybe through this heartrending image she may sway public opinion."

Today, the world awoke to the picture of a three-year-old boy in sneakers and a red T-shirt, lying face-down on a Turkish beach. He was one of 12 Syrian refugees who drowned while trying to make their way to the Greek island of Kos.

The European migrant crisis suddenly came into focus for millions of people. But the photos also sparked an ethical debate: is it appropriate to publish an image this shocking? To share it on social media?

Did photographer Nilufer Demir cross a line with these images?

Stanton Paddock: No, the photographer did not cross a line. She was doing her job, the job that we, as a society, ask her to do: be our eyes to witness events that we need to know about but can't see ourselves. Should the Nazi death camps not have been photographed because they were and are difficult to see?

The act of witnessing and documenting is a way of acknowledging pain and suffering of others. To hide from the bad parts of our world is not only to be ignorant, but worse it is to be denying the tragedy of others.

What I teach students is: your job is to document, not look away. The only time to stop shooting is when you can physically help someone. Had the photographer been there as the boat went down and chose to shoot rather than lend a hand, that would have been unethical.

There was nothing this photographer could have done to save the child. But maybe through this heartrending image she may sway public opinion, which in turn will sway political leaders, and policies may change.

Once a photo like this has been taken, how can it be ethically disseminated?

SP: This is where there is more of an ethical decision to be made. The photographer was right to shoot the image, but were her editors right to move them on the news wire? Yes, for similar reasons to those explained above.

It is not the job of editors to hide the horrors of the world, in fact quite the opposite. Editors have a duty to inform the public just as journalists do. Once the photo hits the wire, individual news outlets can make local decisions on the appropriateness of the photo.

There are some places in the world where grizzly images are more accepted than others. Canada is especially sensitive to violent images, and editors here made different decisions than those at the local Turkish paper, The New York Times or Al Jazeera.

It is important for the public to have access to all the news of the day, even when it is bad. But local news organizations can and should make informed decisions for their unique publics.

In an age of constant media coverage and sophisticated Photoshop, is there a chance that we will become inured to powerful imagery?

SP: We already are. And this, more than any other factor, is the biggest challenge photojournalism and news in general faces today. But even the people who enjoy and laugh at horror movies will recognize that this image and others like it are something different.

The reason this image is controversial is because it made people feel something. It may be less common in today's media environment, but the still news image still has the power to reach viewers on an emotional level. And this is what photojournalism adds to the news.

We can read numbers about the dead migrants, we can listen to political leaders quibble about how many migrants to accept, but until we look at a picture like this we don't feel that those numbers represent individual human beings. The best photojournalism delivers the news to the heart as well as the eyes.