'The world is overreacting to what was initially an overreaction,' says Concordia finance expert Arvind K. Jain
|
By Elena Raznovan 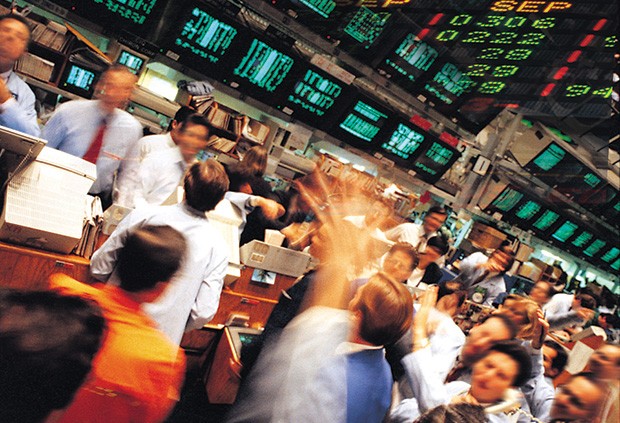 This week’s notable market slowdown has everyone talking.

Is China’s economy based on unstable elements?

Arvind Jain: China’s economy was booming, but it wasn’t based on a stable foundation. For example, the government was investing too much money into real estate and infrastructure. This is considered a bad strategy, because all spending should be controlled.

Everyone makes mistakes, but because of the scale of the Chinese economy, its government’s mistakes carry more weight and their impact is widely acknowledged.

These events also provided a reality check. People believed that the Chinese government was supremely powerful — but in fact, it is not more powerful than the market. It is impossible to control the market in order to make it seem like everything is strong, when it is not.

Overall, when commodities fall, imports and exports fall, and the government can't control the market. These factors all contribute to a downturn in the market.

What is China’s role in the global economy?

AJ: China is a large player in global imports and exports. The country imports many of the parts required to build the products it exports. As the local market slowed to compensate for errors, China’s needs changed. And as its demand for imports lowered, the countries that they were importing from were affected.

Normally this would cause a small fluctuation. However, the global market is also quite slow, so the effects of China’s slowdown are amplified. You can see the signs of a global slowdown when some parts of the world are not growing as fast as they used to grow — Europe, Japan, USA. Canada is fine, but because of low oil prices, we’re not growing as quickly either.

What will be the impact of these fluctuations?

AJ: The long-term investment nature of the market is vulnerable to short-term reactions. This is more visible when the market is more volatile than usual. Currently, the world is overreacting to what was initially an overreaction. When the downturn first started, Chinese investors contributed to the situation by changing their investment strategies.

Will this affect us in Canada? It depends on whether people panic or if they take the changes in stride. This is nothing unusual. If people do panic and go into a crisis mode, then they will take actions that will hurt more in the long run. The markets go up and down all the time — it’s just the nature of how the market works. You stay in the market for long-term profits.

Politically speaking, if policy-makers are quick to react to market changes, they may negatively affect the market over the long-term. They have to address it in some way in order to make political capital out of what is happening. They must talk about it because everyone is talking about it. However, I don’t think they should talk about it too much, because they may influence people to take actions that are ill advised.

Is there a connection to the 2008 crash?

AJ: In economics, everything connects to everything else to a certain degree. In this case, there is some connection — but it’s a weak connection.

The 2008 crash is not the main cause of what is happening right now. At the same time, the rest of the world is still feeling the effects of that crash. Ultimately, I don’t think much has been done to address the factors behind the 2008 financial crisis. If anything, perhaps baby steps.