'We drive into the future using only our rear-view mirror' 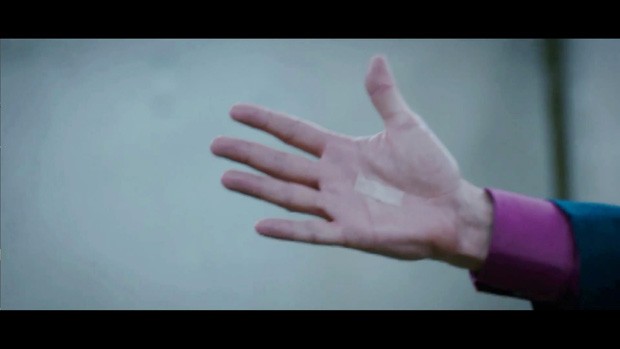 A new exhibition at the Leonard and Bina Ellen Art Gallery — which opens September 8 in the J.W. McConnell Building (LB) on Concordia’s Sir George Williams Campus — features the "rigorous and radical" observations of artist Sean Snyder.

Snyder’s solo exhibition emerges from a partnership with the 14th edition of Le Mois de la Photo à Montreal. This edition’s guest curator is Joan Fontcuberta, who will be devoting this year’s Mois to an exploration of the post-photographic condition; the Virginia Beach-born, Berlin-based Snyder is one of 29 international exhibiting artists.

Snyder takes the global circulation of data as the raw material for his practice. He experiments with multilayered signs, revealing unexpected layers in an intentionally non-pedagogical way: his work aims to avoid simple classification.

Acting in resistance to what Snyder describes as “contemporary art's tendency to aspire to a mechanized consumer society,” his investigations parody and mirror its processes.

“The critical dimension and political nature of Sean Snyder’s work fits perfectly with our programming,” says Michèle Thériault, director of the Ellen Art Gallery. “And working with guest curator Joan Fontcuberta has been wonderful, as he explores the many issues that arise out of the concept of the post-photographic.” 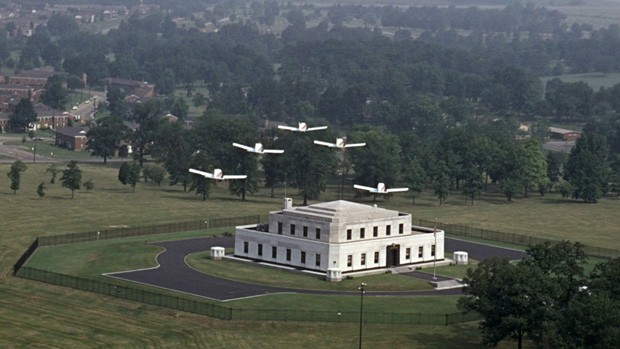 Joan Fontcuberta: Snyder’s work is very rigorous and radical. It’s not trying to provoke a pleasant effect on the viewers but instead violently shake their consciences.

Nothing seems to happen, but when you figure out the context it becomes a powerful critique on different aspects of current visual culture. He is asking us, if there are more and more images, why do we become more and more blind?

His intentions are ambitious, then. Does he ask too much of the audience?

JF: His work is demanding and requires some reading. It’s not dealing with obvious, superficial issues, but with complex, sophisticated ones. Thus, it is not aimed at a massive audience but to an educated one. That’s the reason the exhibition is presented in an intellectual, academic context.

However, my curatorial criterion intends to be pedagogic and make Snyder’s work as accessible as possible. Of course, this is attempted jointly with the artist himself, to build a specific discourse.

What piece are you the most excited about?

JF: This exhibition will be the first comprehensive selection of Snyder’s works in Canada and a new project will be presented for the first time, Aleatoric Collision (Sony Hacking Scandal), which will be devoted to The Interview movie and the North Korean affair. Snyder is still working on that installation and it will be a surprise.

Sean Snyder: Platforms like Facebook, Twitter, Instagram, Flickr, YouTube and eBay are constantly in motion. There are a lot of fish in the sea. The difference between the meditative pastime of fishing, the cyber act phishing, and the more psychotic regiment of trolling blurs prior definitions of reality. To quote Shia LaBeouf quoting Eric Cantona in 1995: “When the seagulls follow the trawler, it's because they think sardines will be thrown into the sea.” As [Marshall] McLuhan said: “Advertising is the greatest art form of the 20th century. It is now the 21st century. I wonder if internet has replaced it?”

Is the art world in crisis? When I receive exhibition topics I attempt to decide if I can respond in an interesting way. My artistic process is not very defined. I bury myself in a lot of scattered information that I find interesting, go through trial and error, wait for the dust to clear, attempt to excavate what I find relevant, and extract what might interest others. As a pastime in recent years, I contacted people using LinkedIn — an automatic function of my gmail account. I have been experimenting with the undefined territory of social media out of curiosity. The algorithms are forces out of my control. I flow with the unknowns into uncharted waters. To quote McLuhan again but in kind of Benjaminian twist, remembering about his angel of history: “We drive into the future using only our rear-view mirror.” I am reassessing the practice of Daniel Buren, Bas Jan Ader, Dara Birnbaum, Dan Flavin, Gordon Matta-Clark, Michael Asher, Christopher D’Arcangelo and Kim Jong-un, to list a few figures.

I'll describe a project I am presenting in Montreal as an example. Last year I was interested in the Sony scandal, the release of the film The Interview, and what followed. I called the project Aleatoric Collision (Sony Hacking Scandal). A 1,000-word contribution (“Amnesiac Registration: Or An Attempt To Track An Ephemeral Image”) for a free art newspaper, Picpus, was a template. It was a challenge to encapsulate layers of thought in that length. I became distracted as the Charlie Hebdo massacre transpired near print time. A cartoon in the newspaper's next issue further fueled the fire. Sony's 2009 advertising slogan was make.believe. The scandal extended beyond fiction. I increasingly fixated on the Sony hack fallout. DVDs of the film were ballooned towards North Korea by activists, seemingly to provoke a reaction from the North Korean state. It is definitely less effective than the two-month MERS epidemic that provoked paranoia. The result of the Sony hacking scandal is ambiguous. Is it real or make-believe?