Robot Wars: coming soon to a riding near you! 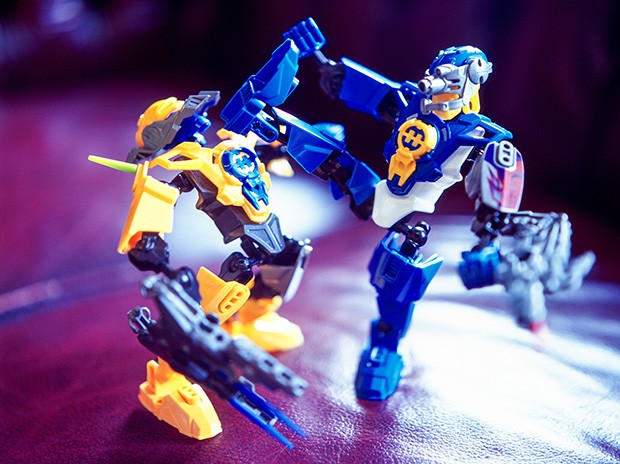 This article originaly ran in the September-October special election issue of The Monitor, published by the Canadian Centre for Policy Alternatives.

Every party has its political machine; technology, software and infrastructure that it rolls out into battle every time the writ drops. While talking points change, the machine keeps running in the background, getting the message out, measuring its impact and mobilizing voters. With the entry of social media and sophisticated voter databases, we might even want to drop the horse race metaphor for something else — something like a spectacle where robots fight each other for the big prize.

It’s not as far-fetched as it sounds. More than ever before, this year’s election resembles an episode of Robot Wars, a popular TV show from the early 2000s in which remote-controlled robots destroy one another in an unpredictable, dangerous arena. This election will offer a particularly tough arena—another testing ground of new techniques and machinations.

Given the unreliability of polls, each party is relying on its own proprietary data infrastructure to get a sense of what’s going on with supporters and the general electorate. In addition, the pace of the election — though obviously not the length of the campaign — has quickened, forcing parties to respond to the 24/7 media environment.

You can see the machines in action by comparing the political messages in your inbox to what your friend is receiving. The Liberals won the 2013 election in British Columbia by inches, relying on micro-targeting to find the few voters that could make all the difference in a close race. The federal parties’ data analytics and staff know-how will make a difference in how they eke out a win.

Like Robot Wars contestants, political parties have been working on upgrades to their machines. Key to any upgrade is their national political campaign software. What was once a simple database of voter intentions now logs more and more campaign activity. Better campaign software helps party field organizers connect with voters and pull the vote.

The internet also now allows for unprecedented contact with voters, but not without the technology to target, test and optimize messages, as well as to collect as much data as possible. Data analytics help find the right voters to target and determine the smart, personalized messages they will receive over social media and by email.

The Conservatives had a head start in all of this, but there have been setbacks. The party’s CIMS database, originally developed by the Ontario Progressive Conservatives in the late-1990s, has been growing for at least 10 years, giving the federal party a special advantage in micro-targeting voters in key ridings. But it is not all rosy in the Blue Machine.

The Conservatives attempted to switch to a new system known as C-Vote, but reports in 2013 suggest it was a fiasco, costing the party up to $9 million and forcing them back to CIMS. This year, the party launched C2G (CIMS To Go), a mobile interface that allows data entry while canvassing. Such real-time reporting from the field has been a long-sought-after goal of any political machine, but it is not an exclusively Conservative technology.

The Liberals, borrowing directly from the Obama campaigns, struck an exclusive contract with NGPVAN — one of the technology firms used by the Democratic Party — to integrate their database, mailing and web presence into a system known as Liberalist. Liberalist also features greater integration than CIMS since it runs their websites and email messaging.

Generally speaking, an integrated database helps keep track of voter activity across platforms. Expect to see Liberal canvassers with their own mobile solution, known as MiniVan, competing with Conservative volunteers on C2G. The Liberals have had a lot of time to optimize their machine since its launch in 2011, so staff and other volunteers might be better trained than other parties.

The NDP have also gone the Obama route, hiring Blue State Digital to help with data analytics and the party’s digital mobilization over email. Simultaneously, the NDP replaced its old NDP Vote database with Populus to keep track of voter records. Populus seems to run on foreAction, a campaign management system for political parties and non-profits developed by NetFore Systems in Ottawa.

This creates a lot of unknowns for the NDP. How will the federal party bring its local campaigns up to speed on the new system? Will Blue State Digital and Populus play well together? Whatever the answers, the effort demonstrates the NDP has invested in keeping up with the other parties, hoping the investment will pay off on election day.

Those who’ve seen Robot Wars know it creates a lot of wreckage, and the party machines will likewise collide over the course of the campaign. There will (hopefully) be no flame-throwers or chainsaw arms — frequent additions to the TV show’s battlebots — but the comparison is clearly useful.

The bots and party machines are built for battle, thrown into an unpredictable arena in a winner-takes-all contest. While some tweaks can be made mid-struggle, momentum will make too many alterations difficult. Some parts will break, some tools might not work together (or at all). And on October 19, if you don’t like horse races, would you be comfortable with “May the best robot win?”