'It really helps you stand out' 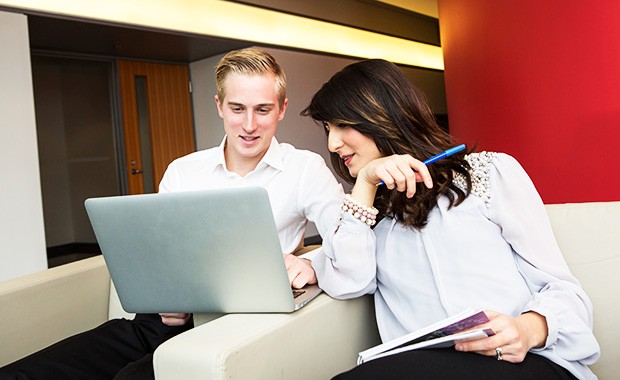 In years past, students attended mandatory in-person sessions designed to help them find jobs and prepare for their first work term.

But now, thanks to a new blended learning curriculum developed by Co-op’s student learning and professional development team, students can complete most of their initial training and skill-building remotely.

As the team’s advisor Natalie Roper explains, the change to a synchronous, online learning model — which allows students to tackle the professional development webinars whenever and wherever they have internet access — happened in the nick of time.

“It was no longer sustainable. We had a capacity of 38 students per room and had to give 60 sessions each semester. Now we can have 200 students in each webinar, logging in from anywhere they choose."

As a result of this change, the participation rate increased to 98 per cent, up from a 50 per cent attendance rate for the in-person sessions that were offered in previous semesters. 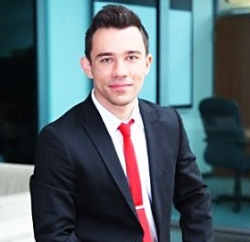 Co-op student Freddy Rodriguez: “Because it’s online, students get the chance to be more participative.”

Students are encouraged to participate in the live webinars so they can interact with their Co-op peers and the instructor. However, every webinar is also recorded and posted on Moodle.

Co-op student Freddy Rodriguez is going into his second year of the accountancy program at the John Molson School of Business. He says the online format works well because it encourages students to actively participate and engage with the instructors.

“A lot of students are perhaps not that outspoken, but because it’s online they have the chance to contribute a little more to the sessions.”

After completing the Co-op Fundamentals professional development webinars, Rodriguez says he felt more than ready to start applying for jobs. “I found the webinars very helpful. They gave me a chance to learn even more about the whole process.”

As an example, Rodriguez says he learned to tailor his cover letters for the specific jobs he wanted. “If you take the time to really write it properly, understand the position you're applying for, the company itself, its values and culture, it really helps you to stand out.”

His first interview was for a work term in CGI’s accounting department, beginning in September. Rodriguez got the job.

As much as possible, Co-op’s student learning and professional development team tries to incorporate the realities of today’s job market into their curricula. The team designs them based on what employers are looking for as well as feedback from students.

Instructional Designer Stefanie Corona gives the example of the LinkedIn component that was added to the Résumé Skills webinar. “Many students had questions about LinkedIn, so the next semester we incorporated training on how to use it effectively into the Co-op Fundamentals curriculum.”

Once students have completed the four webinars, they are encouraged to attend résumé review drop-in clinics and speed mock interview sessions, during which they obtain in-depth feedback from Co-op program coordinators and other team members.

These in-person sessions give students opportunities to further integrate and apply the content of the webinars, Corona explains.

Another new component of Co-op’s Student Learning and Professional Development Program is called Reflection in Action. Offered asynchronously through Moodle, it consists of a series of discussion topics in which students share their thoughts about workplace issues they’ve encountered while on their work terms.

Students also receive instructional support as they fulfill Co-op academic requirements, such as writing a work term report or preparing for a work term presentation.

Co-op students are required to contribute to at least three of six discussion forum topics, which tackle subjects such as onboarding, feedback, leadership, note-taking and writing.

Corona says their contributions have exceeded expectations. “They're really identifying with the articles that the reflection questions are based on."

Geoffrey Liu is a Software Engineering student currently completing his final work term at independent game development company Behaviour Interactive. He chose to respond to a discussion that began with an article about millennials: Entitled or enlightened? Five things I learned from millennials, published in The Globe and Mail’s Careers' Leadership Lab series.

The subject intrigued him, he says, because, in his opinion, the term “millennials” has unfair negative connotations, implying that his age group feels a sense of entitlement. 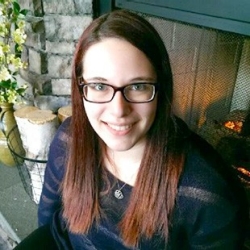 “Many people of my generation — for example, people in Co-op — go out of our way to give ourselves an edge in a competitive work environment.”

“On the Moodle course site, everything is there,” she says, adding that the course site also includes a lot of useful information. “Natalie and Stefanie are always sending us reminders, keeping us posted about what’s going on, what we should be doing, which deadlines are coming up and that sort of thing.”

Technology is changing the workplace, as well as the higher education landscape. Corona says it’s important for employers to know that Co-op is keeping its membership up-to-date with industry trends, familiarizing students with new communication tools and providing them with fundamental skills, such as writing an impactful, targeted cover letter.

“We’re trying to make the Co-op Fundamentals and Reflection in Action curricula relevant to what the students will be tackling during their work terms. Because that’s ultimately what we’re here to do: prepare them to go out into the workforce,” she says.

Gerry Hughes, director of the Institute for Co-operative Education, says he’s delighted with the new curricula developed by the team, adding that these programs are key components of Co-op’s branding and also align with the University’s strategic directions initiative.