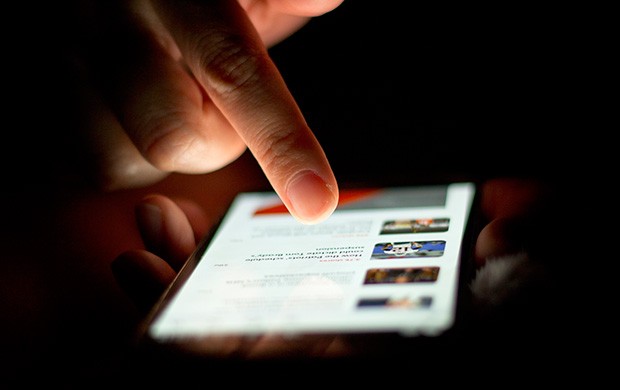 "Get out, get registered, get voting and change the country," says Concordia student Matt Heuman. "It’s not going to happen by itself." | Photo by Janpanexperterna.se (Flickr Creative Commons)

On Sunday, Prime Minister Stephen Harper launched what will be one of the longest election campaigns in Canadian history. The key to any election is, of course, who wins the most votes. But who's actually doing the voting?

According to Elections Canada, 61.1 per cent of Canadians turned out to the polls in the 2012 federal election. The number of young people who cast a ballot was markedly lower: 38.8 per cent for those aged between 18 and 24.

“How do you get them to vote if they have no interest in politics?” asks Matt Heuman, a second-year journalism student at Concordia. His answer: the VoteNote application.

“I tried to make it more fun and easy for the voter,” says Heuman.

For a while, the second-year journalism student at Concordia had wanted to create a tool that would encourage young people to engage with the democratic process. Then, six months ago, a friend put him in contact with Devin Colado, an app developer at the University of British Columbia, and the two began working together to create VoteNote.

Now available for download in the Google Play Store, the VoteNote app walks its users through each step of the voting process. It works like a Twitter feed, communicating information in a user-friendly manner.

In the second week of July, Heuman presented his app to Elections Canada, in Ottawa.

Heuman also spoke with the four leading parties about VoteNote. Many officials gave positive feedback in the weeks prior to its official release.

“The app functions as a way to open contact with the younger demographic that political candidates are having so much trouble connecting with. It’s there to fill a hole,” Heuman says.

Although its target market may be the youth population, Heuman insists that VoteNote will also prove useful for the general public in the lead-up to Canada's 2015 federal election on October 19.

It’s important that people feel equipped to make the right decision when choosing their candidate, he says. “It’s not as simple as just going out to the ballots and casting your vote.”

VoteNote is a free app and will be available in both French and English on Android and iOS. Once it's released, fewer obstacles will stand between citizens and the ballots, Heuman says.

“Get out, get registered, get voting and change the country. It’s not going to happen by itself.”

How to use the VoteNote app

The VoteNote app is now available for download in the Google Play Store.