MAY 4-JUNE 29: See Mary Dawson, Don Boudria, Jean-Pierre Kingsley and 34 other influential speakers at the Workshops on Social Science Research
|
By J. Latimer 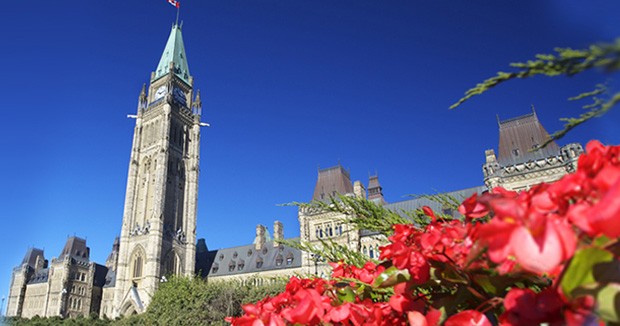 If you’ve always been intrigued by the back alleys of national politics, it’s time to stop watching House of Cards and start listening to real-life political voices who’ve helped to shape our country.

Thirty-seven such prominent voices are coming to Concordia for the 2015 edition of the Workshops on Social Science Research (WSSR), starting May 4 until June 29. The speakers include accomplished figures from political, judicial, academic and social science backgrounds, who will visit Concordia to deliver one-, two- and three-day workshops on matters of governance and public policy. Consult the full schedule here. 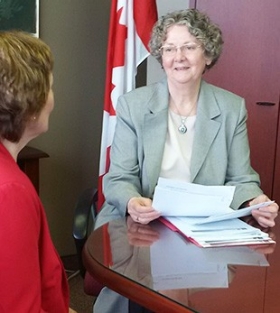 Conflict of Interest and Ethics Commissioner Mary Dawson: “Be better — then the public will respect you more.”

Mary Dawson: How can we govern Canada ethically?

It can’t be easy, being The House of Commons’ moral compass. Since 2007, Mary Dawson has been Canada’s Conflict of Interest and Ethics Commissioner, presiding over approximately 308 Members of Parliament (MPs) and 2,500 public office holders.

Dawson's May 4 workshop will present her perspectives on the public’s trust in elected officials and government institutions, and how we can ensure high standards of ethical governance.

“People want to follow the rules, on the whole,” says Dawson, who also spoke at last year’s WSSR. “We’re as ethical as we ever were and we’re probably more conscious of it, so we’re a little more ethical.”

The Conflict of Interest Act governs the public office holders, while a Code of Ethics is applied to MPs.

“The major strength of this system is that the act and the code exist at all,” says Dawson, who had a long career in the Department of Justice before she retired as the Associate Deputy Minister in 2005.

“The main focus of both the Act and the Code is on conflict of interest, and my office tries to make those rules as clear as possible, with guidelines on the website. I see my job as largely educational and explanatory, giving advice.”

Some see her as an effective enforcer of the rules about accepting gifts, lobbying, using insider information, giving or receiving preferential treatment or using political influence — and other infractions.

“We aim to prevent, not to punish,” says Dawson. “But I can do an investigation, issue a report and shame you into the ground.”

One rule that her office struggles to explain and enforce is the gifting rule.

“There are reporting requirements that go along with gifts,” says Dawson. “Many people confuse the reporting requirement limit — which is $200 under the Act — with the rule itself. These are two different issues. If you get a gift of $150, you don’t have to report it, but it doesn’t mean you can accept it.”

Dawson’s office can investigate if somebody contravenes, and there are penalties for failure to report in a set period of time. Her workshop will examine a few recent cases in the public domain, to illustrate what could work better in the Act and Code.

“There’s currently no post-employment reporting requirement: once somebody’s left office, when they are not allowed to take jobs with companies they dealt with in office,” says Dawson. “Also, timelines for reporting and annual reviews exist in the Act, but not the Code. I’d like to add more timelines within the code, which could allow me to apply a penalty.”

But Dawson’s biggest piece of advice to her MPs and public office holders is simple: “Be better — then the public will respect you more.” 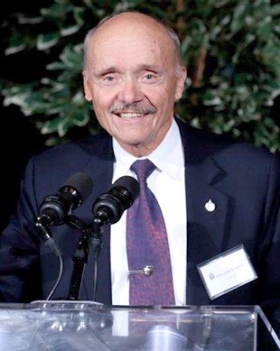 Don Boudria, former Government House Leader: “It’s not Parliament that needs to be improved, but Parliamentarians."

Don Boudria let out a deep belly laugh when asked if the rumour is true — does he carry around the manuals of Parliamentary procedure in his briefcase?

“No, it’s not true,” he says, “but I used to carry around the House manuals in binders, for reference, when an opposition MP would raise a point of order. It became an inside joke.”

Boudria, the second-longest serving Government House Leader in Canadian history, served in the Canadian House of Commons from 1984 to 2005 as a member of the Liberal Party of Canada, and cabinet minister under Jean Chretien.

“I spent 41 years on Parliament Hill, starting as a busboy in the Parliamentary restaurant,” says Boudria, who was born in Hull, and first ran federally in 1984 in Ontario’s easternmost riding of Glengarry-Prescott-Russell.

For the next 20 years — arguably longer — he was a key political player, holding a variety of positions, such as Minister for International Cooperation, Minister responsible for La Francophonie, Minister of Public Works and Government Services, Receiver General for Canada, and Minister of State and Leader of the Government in the House of Commons.

This impressive political resumé explains why Boudria is uniquely qualified to lead a two-day workshop on May 12 and 13 called, “The Parliamentary Process.”

“My workshop is about how the sausage factory works — how Parliament functions,” says Boudria, who plans to explain the functions of Parliament in a democracy, how committees work, and how the budget works.

“Parliamentary procedure sounds complicated to the new observer, but if you follow the logic, it’s really quite simple.”

And if some young workshop participants become interested in public life, that would please Boudria immensely.

“I’m not trying to drum up business, but I want to instill the value of serving in the democratic exercise in some capacity — either as an elected official, or volunteering in a campaign, or working in the civil service,” says Boudria.

Boudria will also assess how Parliament functions during times of stress, such as the Liberal’s sponsorship scandal of 2004.

“In that case, the Parliamentary process functioned wonderfully, because people were called out and held accountable,” says Boudria, the Minister of Public Works who alerted Auditor General Sheila Fraser of the missing report that kicked off the sponsorship scandal.

Incidentally, the WSSR will also be offering a workshop with Justice John H. Gomery, the head of the Commission of Inquiry into the Sponsorship Program and Advertising Activities of the Government of Canada.

According to Boudria, our Parliamentary system works well, thanks to a robust question period in the House of Commons, where the opposition keeps the governing party in the hot seat.

“It may not always be pretty,” says Boudria, “but then again, we’re making sausages.” 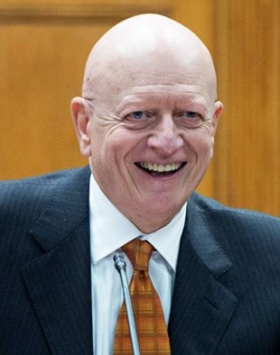 Jean-Pierre Kingsley: Electoral and democratic reform: what should we do?

What can you expect from a workshop led by Canada’s former Chief Electoral Officer?

“I start with a semi-philosophical discussion on what democracy is all about, then get into an exchange with students, relating my practical experiences,” says Kingsley, one of only six Chief Electoral Officers in Canadian history.

During his term, from 1990 to 2007, he adopted a proactive role for his office, recommending and promoting key initiatives to make the electoral process more accessible.

Take the establishment of the National Register of Electors in 1997. It was practically shelved by the House Affairs Committee, says Kingsley, but he fought for it.

“In the workshop, I’ll explain exactly how that happened, who I met with, how I was able to change people’s minds,” says Kingsley, who also plans on examining the Fair Elections Act of 2014 (formerly Bill C-23) during his two-day workshop on May 14 and 15.

“The elimination of vouching — where someone with proper ID on election day vouches for someone else, like your elderly mother who doesn’t drive, in the same polling area — has the potential to disenfranchise tens of thousands of Canadians,” says Kingsley. “Why? When there was no demonstrated voting fraud?”

Kingsley would also like to see Bill C-23 reformed to allow the Chief Electoral Officer to speak to Canadians about the importance of voting again. Now, the CEO can only advertise the logistics and mechanics of voting, not why it’s a good thing to do. With voter participation rates at around 60 per cent, and 40 per cent for people under 24 years old, Kingsley thinks it’s more important than ever to encourage voting with a public outreach campaign.

To improve democracy, Kingsley would like to limit budgetary bills that incorporate hundreds of pages that end up impacting other legislation. For example, going through the Income Tax Act to put in an amendment to the Immigration Act.

“It’s being done all the time now because it’s simpler for the government to push through its agenda, and have less meaningful discussion of all the implications,” says Kingsley. “So they lump everything into one big bill, with the underlying assumption that nobody really cares and won’t take the time to study it. This government has taken it to new heights.”