'The natural resource in shortest supply is time' 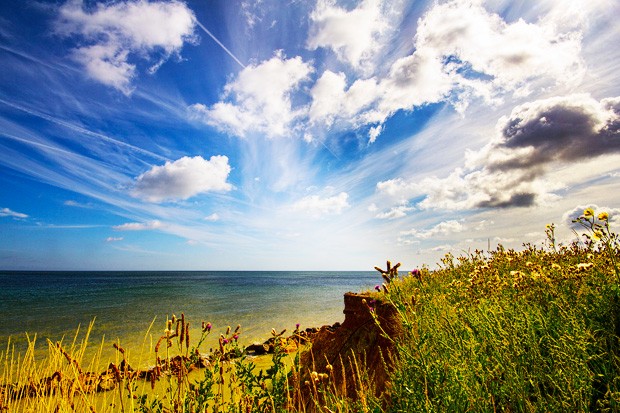 Concordia hosts the Montreal hub of Future Earth — an innovative new global research platform that recently named Paul Shrivastava, a management professor at the John Molson School of Business (JMSB), as its executive director. This op-ed was originally published in the Montreal Gazette.

Wednesday April 22 is Earth Day, the day to raise awareness of the impact we have on our planet.

Unsurprisingly, our impact is immense. But exactly how big?

Over the past two decades, we have accumulated a mountain of evidence that indicates our global society is now the largest force of change for Earth’s major cycles and systems: the oceans, atmosphere, land, ice sheets and biodiversity.

The most profound conclusion is that we have entered a new geological epoch, one of our own making: the Anthropocene. We are altering the great cycles of nature. The climate stability we have enjoyed since the dawn of agriculture can no longer be assumed. 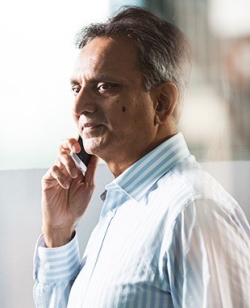 On Wednesday, the Earth League — a group of concerned scientists — is releasing the Earth Statement, outlining the need for decarbonization. Our carbon emissions must fall to zero by 2050.

This may seem an impossible task. But the common narrative we hear so often — that change is slow or even impossible — is flawed. It is the opposite. We are an innovative species. Now, we need to steer that innovation in a direction toward a safe operating space for humanity.

That is why researchers from around the world have come together to form Future Earth.

Future Earth is building the world’s largest research program — over 60,000 researchers — to address the greatest challenges facing humanity. No one country can do this alone. That is why it has five hubs, in Montreal, Paris, Stockholm, Tokyo and Boulder, Colo.

Future Earth will coordinate research to understand our planet. But it will also focus its intellectual weight on how societies can transform.

Researchers need to engage with society in new ways. That is why on Monday, Future Earth held a "catalyzing transformation" workshop at Société des arts technologiques in Montreal. And Tuesday, the world’s largest legal firm, Dentons, along with Concordia University’s John Molson School of Business, hosted a Future Earth breakfast bringing together business leaders and investors from across Quebec.

There is a new energy among business leaders to address these challenges. At the breakfast, Marie Giguère, executive vice-president, legal affairs and secretariat of the Caisse de dépôt et placement du Quebec said, "As a long-term investor, we have to look at sustainability: we have no choice." Elsewhere, other business leaders, including Richard Branson and Unilever’s CEO Paul Polman, understand the new responsibility and are embedding it in their entire business models.

They are challenging the inertia narrative, or “business as usual.” I do, too. The hole in the ozone layer has now stabilized thanks to international policy. We have reached “peak child” globally (the number of children being born has levelled off) so population, too, will now begin to stabilize. And in 2014, emissions from the energy sector globally remained unchanged from the previous year. These are momentous achievements.

2015 is a particularly important year to break from the status quo. World leaders meet three times to chart a course for the future: in July to decide on how to finance development, in September to agree on the universal Sustainable Development Goals, and in December to hammer out a new climate agreement.

The challenge is to turn this political momentum into action on the ground, in businesses, in organizations, in cities. This is not Earth Day: This is Earth Year. And this is the start of the journey.

On April 21, JMSB and the global law firm Dentons co-hosted a panel discussion on the role that business and industry, as engines of wealth creation, have to play in tackling the challenges of global environmental change.