The crafty business of Etsy 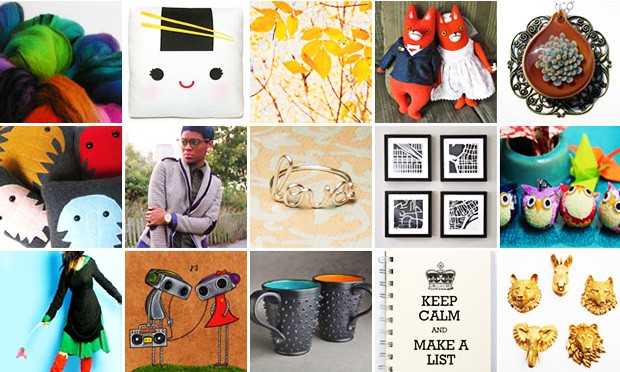 Eyebrows were raised today when Etsy stocks jumped 115 per cent, making the Brooklyn, New York-based online craft marketplace worth an estimated $4 billion. Can the platform retain its trademark do-it-yourself ethos while answering to shareholders?

But turns out that this is, in fact, par for the course for Etsy. According to the research of Concordia scholar Jacqueline Wallace, the popular website has long been more focused on growing the business than growing the craft economy.

The academics of Etsy

For Wallace, who received her PhD in communications earlier this year, an academic investigation of the craft economy was born out of personal interest. After several years in a fast-paced career, she found herself feeling disconnected from doing anything handmade. 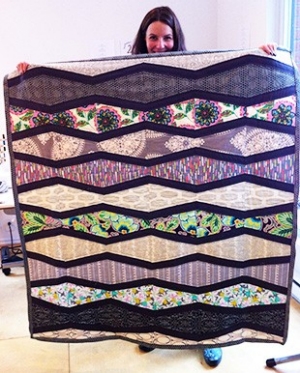 For Jacqueline Wallace, DIY crafts like quilting are both a research focus and a personal passion. Photo courtesy of the subject

“After I started the PhD, I had a strong pull to reconnect with making things again,” she recalls. When a “sew lounge” opened up in her neighbourhood, she was able to connect to a sense of creative expression by taking part in a quilting group.

“It was really satisfying to see flat fabric come alive and become something else, making something that I could feel and hold in my hands. It was also a somewhat meditative practice that gave me time to process work through my thoughts on academic and professional matters,” Wallace says.

She soon began to contemplate what was going on in the broader world of craft and in the lives of her sewing sisters that directed so many of their conversations to whether and how they could make a living from making crafts by hand.

The rise of the craft economy

In her PhD dissertation, Wallace delves into the “cultural economy of craft” and finds that the relatively recent trend of making a living by hand-making what you love isn’t about domesticity, décor or hobbies — it’s a new way of working, connecting and sharing. And companies like Etsy are poised to profit from those yearning to ditch their desk jobs and become professional crafters.

Crocheting, knitting, sewing and quilting used to belong to the domestic sphere. Mothers and grandmothers engaged in these activities more out of practical necessity than aesthetic interest or a desire for monetary gain.

Fast-forward to the new millennium, when the advent of big-box crafting stores like Michaels, and DIY-focused television programming from the likes of The Learning Channel and Martha Stewart, helped make crafting into a potentially lucrative hobby.

It didn’t take long for the internet to get on the bandwagon. In 2005 a group of tech-savvy male friends launched Etsy, giving crafters the technology to easily sell their handmade wares online.

“With the advent of Etsy, E-commerce was suddenly not just for large retailers anymore; individual crafters could directly access the tools and technologies to establish micro-enterprises,” says Wallace. “Even though community and togetherness are consistently represented as Etsy’s raison d’être, it was conceived as a marketplace from the beginning — an eBay for crafts.”

As confirmed by the recent IPO, that idea paid off. The company experienced rapid growth since its inception — achieving 1 million registered users in 2008 and now boasting more than 54 million, including 1.4 million active sellers — with no sign of slowing down.

A cyberspace of one’s own

Who’s behind this successful growth? Women.

“Etsy’s member base is largely women, which reflects craft’s feminized labour reality,” says Wallace. But that demographic is not upheld behind the scenes.

“With a largely male technical staff and a lack of women at the boardroom table or in senior management, Etsy upholds masculinized modes of decision-making and power dynamics,” says Wallace. “That male-centric corporate structure underlines a flaw in Etsy’s positioning of itself as an empowering platform for women as makers and micro-entrepreneurs.”

In fact, Wallace believes that Etsy is contributing to the precarious state of some sellers by offloading considerable unpaid labour onto shop owners. “Along with long hours of production tasks, bookkeeping, shipping and inventory management, and a myriad other tasks, DIY crafters devote a significant amount of unpaid time to maintaining and promoting their digital storefront on Etsy,” Wallace says.

“It would be wonderful to see the huge economic benefit that will inevitably result from the IPO trickle down to individual sellers, like the tremendously talented women I interviewed for my dissertation,” she says.

About the researcher: Jacqueline Wallace holds a PhD in Communication from Concordia University. Her research examined women, entrepreneurship and micro-economies of craft in the digital era. In her scholarly work, she draws from her extensive experience in growing a series of successful creative industry startups. She is a former co-founder of Veer Inc. (veer.com), an award-winning visual media and design company, where she worked as VP, International and led the new market expansion. She is also a founding partner of the cheekily named All Beef Media, a boutique social media marketing and analytics company run by four women.

Watch a video about Communication Studies at Concordia, or read more about the Communications Studies program.