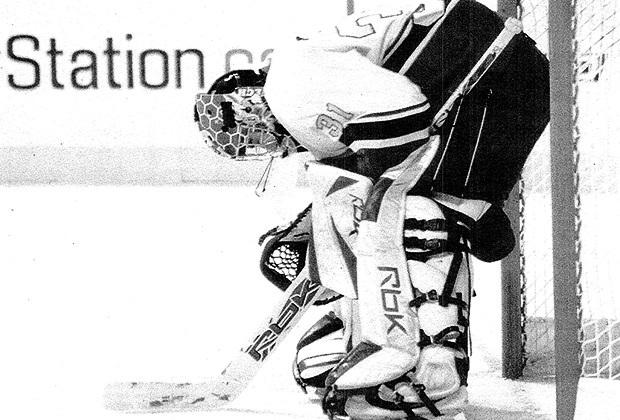 In 2007, the Stingers faced the Redmen at the Bell Centre. | Photo by Joey Tanny, courtesy of The Link

When it was founded in 1988, the Corey Cup stood for university hockey supremacy in Quebec. Twenty-seven years later, it stirs as much excitement as ever among players. 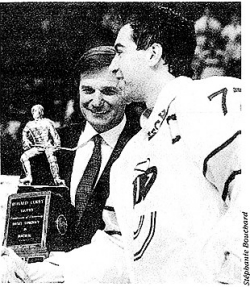 In 1990, the Stingers beat McGill 5-2 in front of 6,000 people at the Forum. | Photo courtesy of Concordia University Magazine

The Stingers, who are in eighth place in the Ontario University Athletics East Division, are currently preparing to host the 28th-annual Corey Cup on February 6 against McGill. The Redmen hold a third-place ranking; McGill lost to Concordia in the pre-season, but won a regular-season game.

“It was pretty tight and intense,” says head coach Kevin Figsby on the 5-3 loss. “The guys are looking forward to this game.”

Stingers captain Olivier Hinse — who helped take the cup in 2012, Concordia’s most recent win — looks forward to introducing younger players to this history.

“We’re going to try and show them what it is,” he says. “And when the night comes, it's going to be fun for sure. It's always a great time.”

The Corey Cup is named after former Montreal Canadiens president Ronald Corey, and this event has always had close ties to the team.

Early on, the McGill-Concordia game was the second part of a hockey double-header. 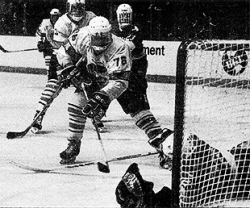 In 1992, the Stingers played another hard-fought game. | Photo by Chris Black, courtesy of The Link

On the same night, the old Montreal Forum also played host to a match between “Les Anciens Canadiens” — retired Canadiens players — and a team of former NHL stars. In 1990, it attracted more than 6,000 people.

In 2007, the Stingers took on McGill at the Bell Centre, current home of the Montreal Canadiens, in front of 5,345 people: one of the largest crowds for a university hockey game in nearly 20 years.

The recently upgraded Ed Meagher Arena may only seat a cosy 1,000, but it boasts an NHL-class rink. Hinse says the team would love to see the stands filled with supporters.

Be a part of history and cheer on the Concordia Stingers at this year’s Corey Cup on Friday, February 6. The puck drops at 7:30 p.m. at the Ed Meagher Arena (7200 Sherbrooke St. W.).