Through hard work and team spirit, the delegation had some unprecedented wins
|
By Laurence Miall 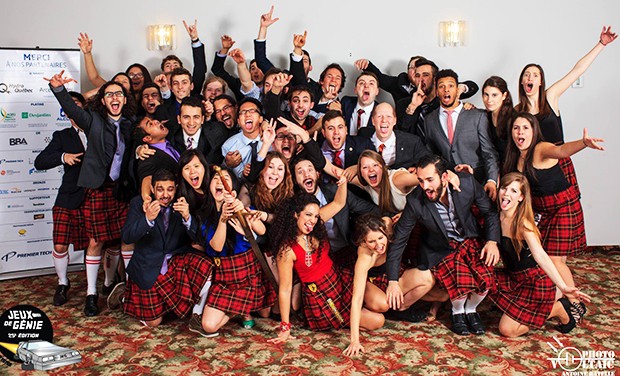 Concordia’s 40-member delegation has returned from the Quebec Engineering Games, hosted by Université de Sherbrooke from January 3-7, with its best competition results in over a decade. The team finished third overall, and first in several categories. Sharing the podium with the likes of Université Laval and Polytechnique Montréal is an achievement that none of the Concordia students is likely to forget.

James Fradette, a fourth-year student in building engineering and the president of the delegation’s executive, attributes the success to the intelligence and dedication of the students and their diversity of skills, not to mention several years of contest experience.

“It was fantastic. I couldn’t have asked for more from the delegation,” he says. “We have a real feeling of being like a family.”

Also on the executive planning team was Carole-Anne Trudel, a second-year mechanical engineering student. She is proud of the challenges that the Concordia team was able to overcome in order to rank among the top engineering schools, including competing in a Francophone event. Though as a native of Quebec City, French is no obstacle for her, it was definitely a challenge for others in the group.

“You have to be outgoing,” she said. “The Games are a lot about team spirit.”

She’s also proud that the students were able to raise more than $20,000 from sponsors such as Mind Geek, Group Mag and Desjardins to support their equipment, transportation and registration costs. 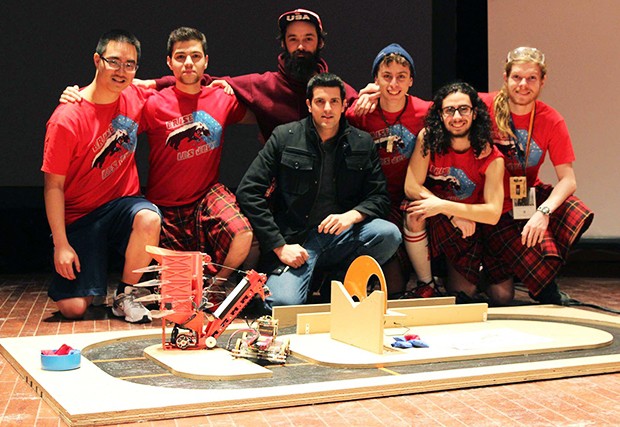 The Machine team finished first in its contest category. | Photo by Lambert Le

Concordia finished first in the Water Sport, Cultural/General Knowledge and Machine categories, second in Software/Computer-academic and third in Chemical-academic. The success of the Machine team is especially noteworthy since it’s the first time Concordia has snagged the top spot in the entire history of the Games.

Gordon Bailey, a fourth-year student in computer engineering, led the Machine team to victory. “I learned a ton about organizing,” he says. “It was an incredible experience.”

The Machine team had to build a robotic vehicle that could navigate a race track, pick up bean bags and then shoot them through a rotating disc with a hole in the middle. To make things even more challenging, the vehicle’s electricity source had to be from a bicycle hooked up to a generator and pedalled furiously by a member of the team.

Fradette believes Concordia will continue to fare well in the competition if the student participation rate continues to climb, a trend that has intensified over the last few years in the lead-up to this year’s break-out performance.

Watch the team compete in the Machine category: