Co-op was an 'essential stepping stone' to Amazon and IBM 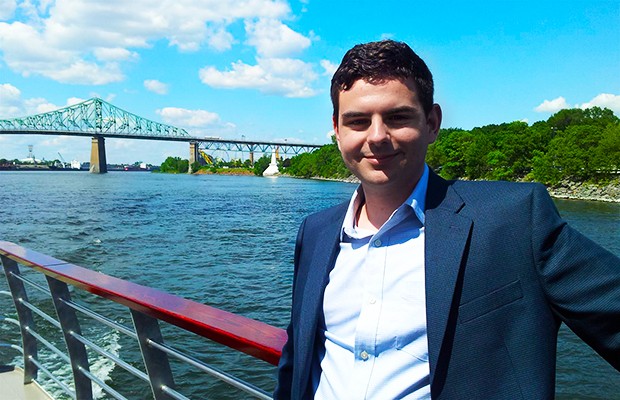 Co-op student Scott Goldwater: “It helps to see what it’s like to work in different companies.”

Scott Goldwater, a member of Concordia’s Institute for Co-operative Education, was all set to return to classes last year when he got an unexpected call from Amazon. The software engineering student had applied for a summer work term with the online retail giant, but they wanted him to start right away.

“They said, ‘You have three days to decide whether you want to go to Seattle.’ So I just cancelled my classes and went,” Goldwater says, adding that the experience was well worth it, even though it messed up his class schedule.

Co-op offers experiential learning opportunities in 26 undergraduate and four graduate programs. Students complete three to four work terms between their study terms at Concordia. Amazon is just one of many impressive company names on Goldwater’s resume. He has also completed stints with Quebec-based security firm Genetec, Morgan Stanley and most recently, IBM.

Last year, with fellow Concordia student Ramez Debbas, Goldwater won the KPCB Fellows Award at HackMIT, and the Microsoft Prize at Caltech’s Hackathon. He has also completed stints as a Windows Campus Leader and Google Student Ambassador while at Concordia.

The hackathon wins attracted a lot of attention from companies south of the border, including Amazon. But Goldwater says Co-op deserves much of the credit for kick-starting his series of successful internships, and preparing him for the professional workplace.

Given his credentials, Goldwater will likely have some choice when it comes to deciding where he wants to work. One thing’s for sure, he wants to start big.

“I’ll probably try to work on something really interesting with one of the larger companies, because of the amount of access you get to different technologies, and because whatever you develop will be far-reaching. That’s just a cool feeling.”

This past spring, shortly after finishing his internship with Amazon in Seattle, Goldwater headed to Raleigh, North Carolina to join IBM’s premier internship program, Extreme Blue.

During the three-month stint, his small team worked on creating blocks of code to be used by businesses in their own iPhone applications. They also built a sample app for a retail store using the code components.

The internship was valuable because it gave Goldwater an opportunity to learn Apple’s iOS platform, but also because it focused on developing students’ management and presentation skills.

“I worked with another developer, a designer and an MBA student, and we had to build a business case around what we were developing,” he explains. “Learning these presentation skills, the iOS platform and also how to work on a team, has been really helpful for me.”

When he graduates next year with the professional experience earned during his Co-op work terms, Goldwater will be well equipped for whatever job he chooses, whether he ends up in Raleigh, Seattle, Montreal, or somewhere entirely new.

“It helps to see what it’s like to work in different kinds of companies,” he says. “Besides the technical challenges that I faced and overcame, I would say the coolest part is being able to live in a different area for three months, and to see what it's like there before I start in the job market.”

Learn how to join the Centre for Co-operative Education.