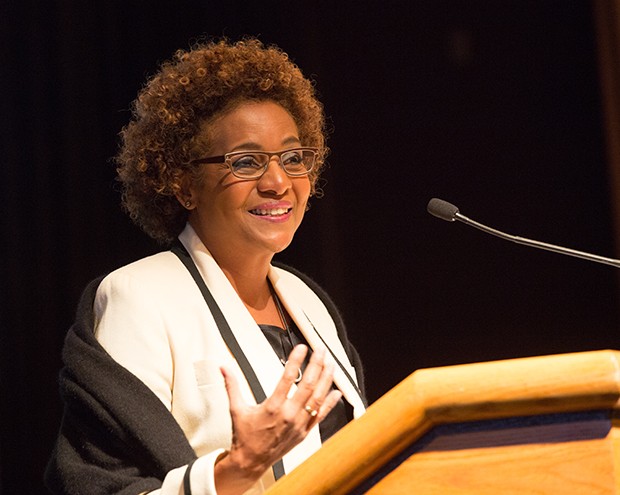 La Francophonie, created in 1970 to promote solidarity between 57 member states, announced the new leader on November 30 at a summit in Dakar, Senegal.

In an official statement, Prime Minister Stephen Harper’s expressed his pleasure that the IOF selected a woman and a Canadian; it will be a first for both. “Ms. Jean is the ideal person to promote French and the values of the Organization,” Harper said.

Jean was born in Haiti and moved to Canada with her family in the 1960s to escape the Duvalier regime. She served as governor general from September 2005 to September 2010, and is currently the chancellor of the University of Ottawa.

The case, which addressed the modernization and privatization of Haiti’s electrical power system, gave teams from 36 universities a unique opportunity to provide input on the struggling Caribbean nation’s economic future.