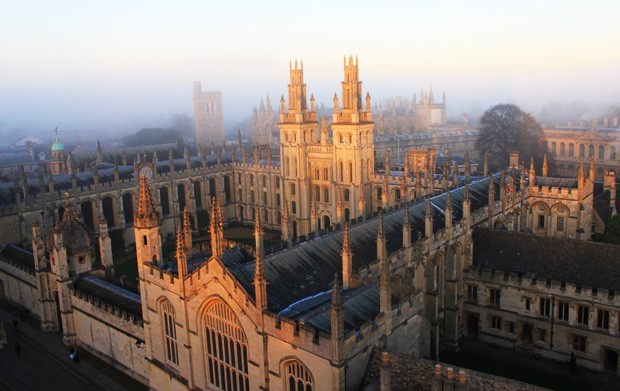 It’s also where Marc Lafrance, an associate professor of sociology at Concordia, earned both his master’s and PhD as a Commonwealth Scholar. This year, Lafrance has returned to Oxford, as an associate visiting research fellow at the university’s Rothermere American Institute (RAI).

Driven by his interest in gender, sexuality and the body, Lafrance is conducting ground-breaking research into depictions of violence against men in popular music videos. Even though videos showing men being being beaten, tortured and murdered by women are increasingly common these days, Lafrance says very little has been done in the way of scholarly research on the topic.

“I’m really driven by the question, why aren’t people more concerned about this? Why is it that there is almost no scholarship and certainly very little public outcry about these representations?”

Working with long-time collaborator Lori Burns, a professor at the University of Ottawa School of Music, Lafrance says he wants to examine how the violence is enacted, but also “think about the ethical stakes bound up in making violence against men look like fun.”

The focus of his research is a selection of recent videos by chart-topping artists such as Christina Aguilera, Pink, Gwen Stefani, Lady Gaga and Beyoncé, which show men being subjected to violence, either for kicks or for reasons that are, in Lafrance’s words, “pretty thin.”

“Maybe the men have lied to them, or been unfaithful to them. Or maybe they just wanted to leave a relationship... These are everyday facts of life. It's not okay to then respond with aggravated assault and murder.” 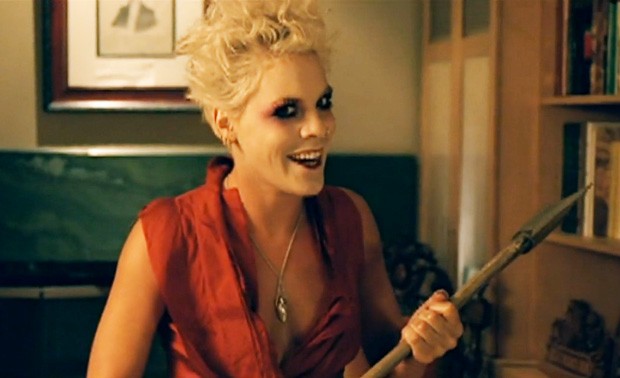 Pink in the video for her song, "Please Don't Leave Me."

The first part of Lafrance’s research project will examine how the trope of violence against men is used in different videos. Many of them share a number of stylistic similarities, Lafrance points out. For one thing, the aggression is usually framed within a campy aesthetic. “That is one of the ways they dilute the violence and make it more palatable,” he says.

After his initial examination of the videos, Lafrance will begin to tackle larger questions, such as the consequences of ignoring such depictions of violence against men. It’s a loaded topic; and Lafrance says he’s well aware he needs to proceed with caution. “I'm trying to occupy the most reasoned, even-handed, data-driven position I can, one that really avoids ideology as much as possible.”

Nevertheless, Lafrance is certain that he’s onto something very important. “If we ignore this phenomenon, we end up sending a message that men are, in some way, not real people.”

Oxford created its Rothermere American Institute in 2001 to promote, “greater public and academic understanding of the history, culture and politics of the United States,” according to its website.

Lafrance decided to apply for a research fellowship with the RAI because, as a scholar of popular culture, he knew it would be a good fit. “American pop culture is one of the strongest, if not the strongest, currents in global culture across the world,” he says. 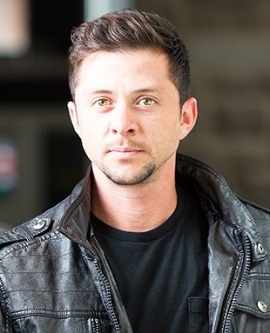 So far, Lafrance has given a workshop for graduate students on his chosen topic, which resulted in a vivid debate and more suggestions of violent videos for his research.

He has also presented his preliminary findings to an audience of fellow scholars at RAI. “I knew I was going to get a very rigorous ride, and I did, and it has made my work so much stronger,” Lafrance says.

As a visiting researcher at RAI, Lafrance has been invited to attend various academic workshops and presentations on relevant subjects, such as militarization in the United States. “That has been really interesting for me, because of course, I look at masculinity in popular culture, and masculinity, especially in an American context, is strongly linked to the military.”

“Having access to people of this caliber is really incredible, regardless of how one feels about their politics,” he says.

Thus far, Lafrance says his return to Oxford has been, in a word, “perfect.” Being immersed in the RAI’s environment of academic collaboration and support has inspired him to continue pushing his research into uncharted waters.

“My colleagues at the RAI, they really want to talk and engage, and be supportive and helpful. That's what we do for one another: we suggest references and we question each other… Whenever I have little conceptual obstacles in front of me, I've got a cast of amazing people to help me think it through.”

And of course, Lafrance couldn’t be happier to be doing what he loves in a place that’s so familiar to him — the ancient and distinguished university where he last spent time as a student in 2006. “The whole city is set up for people who need long periods of time to think, write and research,” he says. “It’s a really exquisite environment in which to get work done.”

Read Marc Lafrance’s take on the importance of Lady Gaga.