Je vois Montréal: incubating ideas to get the city on track 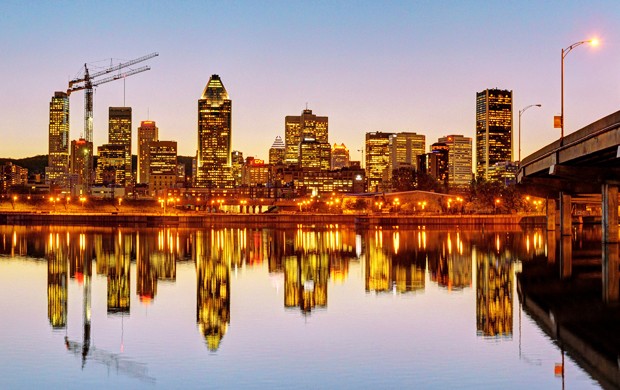 Montreal is a university city with more students than any other in Canada, so it would make sense for it to host an international forum on the relationship between universities and cities.

That’s the thinking behind a proposed “UniversCITÉS” global summit to explore the advantages of such alliances. The summit is one of several proposals Concordia has submitted to Je vois Montréal, an initiative launched in February by Jacques Ménard, Concordia chancellor and president of BMO Financial Group, in partnership with the Board of Trade of Metropolitan Montreal.

To counter the negative publicity that has too often plagued Montreal in recent years, Ménard put forward a novel approach that allows citizens to take responsibility for the future and development of their city.

“Cities, like people, have an amazing capacity to reinvent themselves,” Shepard says. “I am sure that together we can help Montreal attain its greatest potential. It’s time for all of us to step up to the plate.”

The Concordia proposals and partnerships:

More than 200 projects have been submitted so far; these will ultimately be narrowed down to 120. An important component of the selection process is public input. The projects are posted online and the time to vote is now, as the November 16 deadline is fast approaching.

The selected projects will be presented at a forum on November 17. Individuals and organizations that have sponsored a project must be prepared to sign on the dotted line that same day, making a commitment to see their project through to completion.

Concordia is collaborating on two projects with the Quebec non-profit organization Youth Fusion. Gabriel Bran Lopez, BA 08 — a Concordia alumnus and the organization’s co-founder — has been working with First Nations communities since 2010.

Now he is hoping the joint Concordia-Youth Fusion initiative “Héritage et avenir, un engagement pour l’éducation dans les Premières Nations” is among those chosen. It will establish a collaboration with the Kahnawake Education Centre.

“Adoptez une école,” Concordia’s second Youth Fusion collaboration, would pair an organization with a particular school, creating a win-win environment where both work together to ensure student success.

“Keeping kids in school is our priority — creating innovative partnerships between targeted schools, universities and private companies, and implementing long-term projects in order to engage youth in learning,” Bran Lopez says. “We want to reach the 80 per cent graduation rate target that we have set for ourselves as a society."

Xavier-Hervé Henri, director of Concordia's District 3 Centre for Innovation and Entrepreneurship, is part of a team that is seeking to build a network of ambassadors of entrepreneurship throughout Montreal.

Another joint project seeks to launch a universal smart card, through which local merchants, services and cultural institutions would provide discounts for Montreal’s170,000 post-secondary students.

Finally, Concordia, in partnership with La Vitrine, is proposing the establishment of a special fund dedicated to the cultural integration of international students. The students would receive credits that would be exchangeable for artistic activities in Montreal.