Catching up with the Stingers 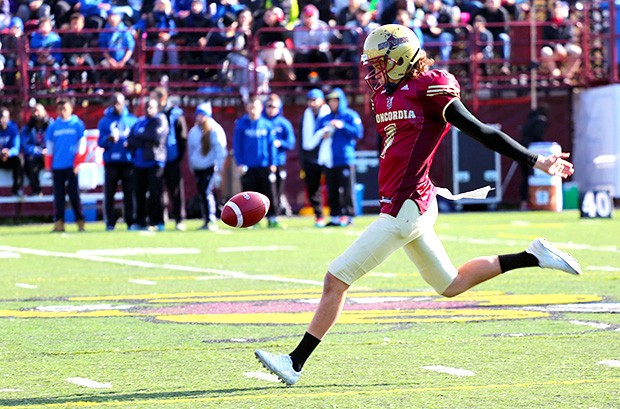 The Stingers football team is once again playing against McGill, this time at the Concordia Stadium on the Loyola Campus. Photo by Brianna Thicke

It’s been a busy season for the Concordia Stingers. As some varsity teams approach playoffs, others are gearing up to start their regular season games.

Since September, the Stingers have successfully represented their school both at home and away.

Here’s a round up of the latest news in athletics.

On Saturday, November 1, the Stingers football team plays its last game of the regular season at 1 p.m. against the McGill Redmen in the 28th annual Shrine Bowl.

Not only is this game the last chance to cheer on the Stingers during their regular season, but the game has a special cause. The Shrine Bowl benefits the Montreal Shriners Hospital for Children and has raised approximately $ 900,000 in the past 27 years.

Donations to the hospital can be made at the game.

This game marks the second time this season that Concordia faces the Redmen, after claiming the Shaughnessy Cup 41-7 on McGill’s home turf back in September.

On Sunday, November 2, the women’s hockey team will have its first home game against the Carleton Ravens at 3 p.m. at the Ed Meagher Arena on the Loyola Campus.

Last week, head coach Les Lawton was pleased to announce a new addition to the coaching staff: Olympian Julie Chu will be an assistant coach with the Stingers.

A highly respected player and captain with Team USA, Chu has played in four consecutive Winter Olympics — including the 2014 Sochi Games — and won three silver medals and one bronze.

“She’s definitely a big asset to our program and a role model for our athletes,” says Lawton, adding that he regards Chu as the face of women’s hockey in the U.S. for over a decade. 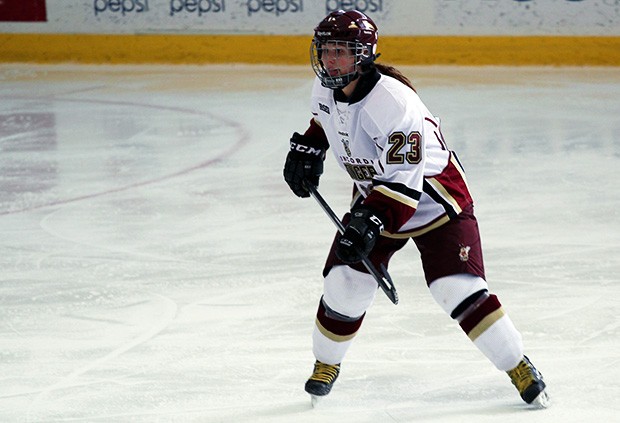 The women’s hockey team started its season on October 17, but its first home game will be on November 2 at the Ed Meagher Arena. | Photo by Brianna Thicke

The Concordia women’s rugby team finished its 2014 season with silver in the last round of playoffs, making their eighth consecutive appearance in the final.

Placed third in the RSEQ and eighth in Canadian Interuniversity Sport (CIS), the Stingers travelled to Ottawa on October 25 to face the undefeated Ottawa Gee-Gees, ranked first in RSEQ. The Stingers lost 13-5 but returned home with some new silverware.

Second-year player Alexandra Tessier was named the most valuable player in the RSEQ’s women’s rugby, adding to her other exceptional accomplishments. Tessier was named RSEQ rookie of the year in 2013, and won a gold medal with Team Canada this past August at the 2014 International University Sports Federation Women's Rugby Sevens Championship in São José de Campos.

Veteran player Hughanna Gaw finished her university career with a fifth all-star award. Named the CIS’s Rookie of the Year in 2009, she scored eight tries in five games this season and was named the game MVP twice. 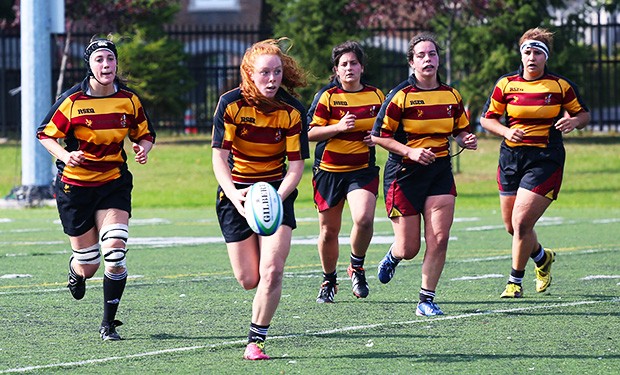 Alexandra Tessier was named the game MVP at three of seven regular season games and was third in scoring in the Quebec league. | Photo by Brianna Thicke

Concordia’s baseball team qualified at the Canadian Collegiate Baseball Association (CCBA) National Championship for the sixth time in eight years, finishing second after falling to McGill in the final round.

On October 19, the Stingers finished top of their conference in the playoffs, defeating the Montréal Carabins in semifinals and then beating McGill to the title of CCBA Northern Conference .

The team then advanced to the National Championship on the weekend of October 24, where it defeated the Saint-Mary’s Huskies, the Montréal Carabins and the University of New Brunswick.

In the final match for the title of National Champions, the Stingers once again met McGill, their crosstown rival. The Redmen bounced back from their playoff loss to win the championship 6-1.

The Stingers shone again at the annual Concordia Invitational Wrestling Tournament on October 26. More than 100 athletes from across Canada came to the competition, as well as international competitors traveling from as far away as Brazil and Italy.

Four out of five Stingers wrestlers collected medals at the event, with three gold medals and a bronze.

The Concordia women’s team finished in second place with 10 points, while at 20 points, the men’s team tied in first place with the McMaster Marauders. 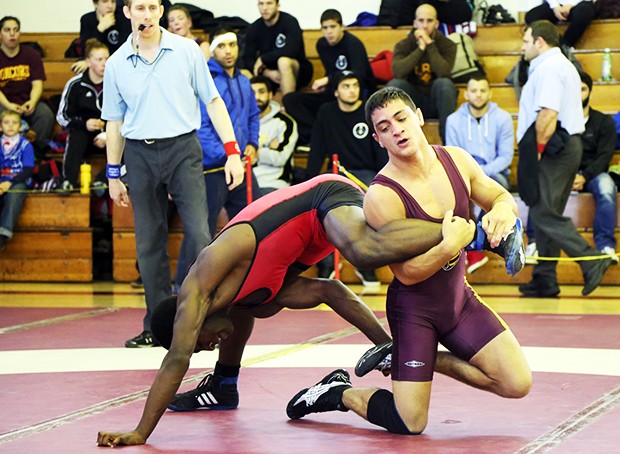 Ranked second in the province, the men’s rugby team will likely be making playoffs once again this year.

The Stinger’s last game of the regular season will be played against the Montréal Carabins on Friday November 7. Kickoff is at 7 p.m at the Concordia Stadium on the Loyola Campus.

Last year, the Stingers finished second in the RSEQ championship after losing to the McGill Redmen 16-6 in the finals. This time around the team is determined to stay on top and bring home gold.

The men’s and women’s basketball teams start their seasons with a home game on November 6 against the Laval Rouge et Or.

The matches will be at the Athletics Complex on the Loyola Campus. Tipoff is at 6 p.m. for the women and 8 p.m. for the men.

At the end of the 2013-14 season, the men’s team finished third in RSEQ, while the women’s team ranked second in provincial standings and seventh in CIS. 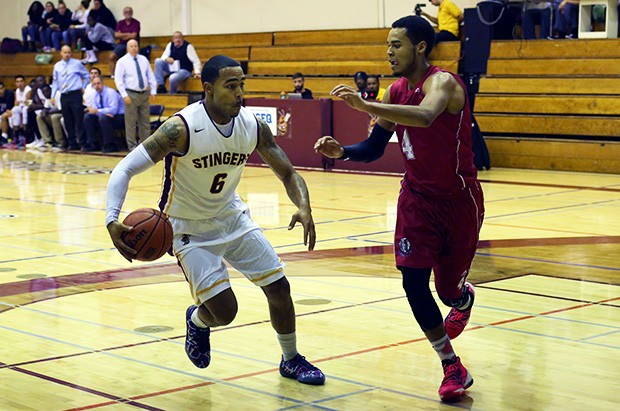 The Stingers basketball teams are still in pre-season. League games for both begin on November 6 at the Athletics Complex. Photo by Liam Mahoney

The men’s golf team has reached a national ranking for the first time in its history at Concordia, qualifying for the 2015 CIS National Championships. The team finished third in RSEQ standings, with three players finishing in the top 10 of the RSEQ provincial championships.

Not only does Concordia have a successful men’s team — it now has a women’s team as well. This year, the Stingers golf club launched its first-ever official female team, which finished fifth in the RSEQ standings.

Concordia is one of only five universitites in the league to have a full women’s roster.

Itching to catch the Stingers in action? Now’s your chance to pull on your best maroon and gold outfit and support athletics at Concordia.