Ted Obuchowicz: Learning on the job 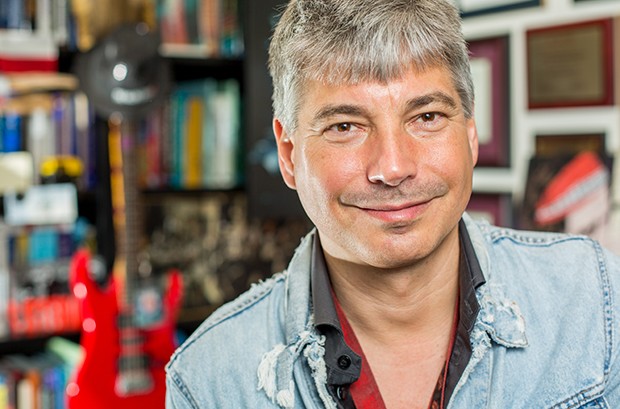 Ted Obuchowicz: “Every time you teach a course, you learn, you get better.” | Photos by Concordia University

Back when Ted Obuchowicz was an undergraduate studying computer engineering at Concordia, he received a panicked call from a classmate. It was December, final exams were just around the corner, and his friend had fallen way behind in a course they were both taking. Would Obuchowicz come over and help him catch up?

“His mom made spaghetti, and then, basically, I taught him the course in two days. He ended up with a B+. That’s when I realized that maybe I have a way with conveying information,” recalls Obuchowicz.

During graduate school, Obuchowicz worked part-time as a teaching assistant, a job he enjoyed immensely and which gave him invaluable experience. “It helped me transition to being a teacher in front of a class,” he says, admitting that public speaking wasn’t something that came naturally to him.

“I like the environment at Concordia,” says the Montreal native. “Had it not been so enjoyable, perhaps I would have looked elsewhere.”

Each year, Obuchowicz teaches two or three courses, mostly in the evening. During the day, he’s busy with his full-time job as Concordia’s very-large-scale-integration (VLSI) engineer and computer-aided design (CAD) specialist. The position involves overseeing the VLSI lab, which runs complex and expensive software used to design integrated circuit chips — the same as the ones found in your cell phone or in any other piece of hardware.

“The tools are very complex, and I take the vendor documentation and condense it into tutorials for our graduate students to use,” he says, adding that he’s the go-to person when students and faculty using the lab run into a problem. He is also responsible for several of the undergraduate computer labs. 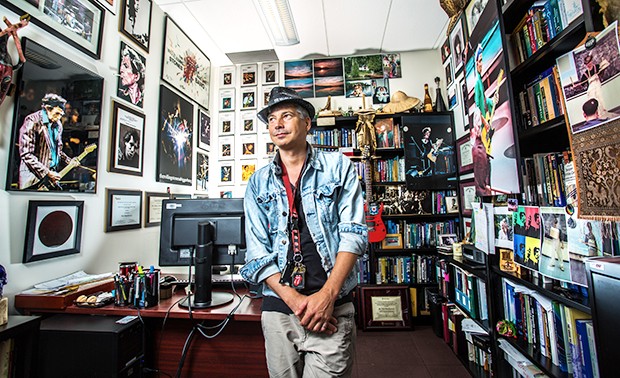 But computer engineering isn’t his only passion. A while back, Obuchowicz started taking along a telephoto lens to Rolling Stones concerts to photograph Keith Richards, a musician he greatly admires and whose music he finds inspirational.

The walls of his office, on the fifth floor of the Engineering, Computer Science and Visual Arts Integrated Complex (EV) are covered with photographs of the guitarist. He points proudly to his favourite shot of the consummate showman, head turned toward the camera, smirking slyly.

Obuchowicz features a photo of Richards on the cover of every exam he gives, and occasionally includes a funny title based on a Rolling Stones song. He often brings his guitar to his first lecture and muddles through a few bars of Pink Floyd’s “Wish you Were Here”. It helps to break the ice and show his new students that learning programming, like learning to play the guitar, is all about practice.

You could say the same about teaching. And after 65 sections, Obuchowicz is an old hand, one who has developed his own unique, slightly quirky style. And like Keith, he never phones it in.

“You have to be on the ball. I’ve done the courses so many times now, I could field any question. But every time you do a course, you learn, you get better. I’m in a constant state of learning.”

Read about other part-time faculty members from the Faculty of Engineering and Computer Science.