Imagining the Future of LGBTQ Rights is organized by the Trudeau Foundation in collaboration with the Centre Jacques Cartier. | Photo by torbakhopper (Flickr Creative Commons.)

Scholars and activists from all over the globe will gather at Concordia on October 6 and 7 to discuss the ongoing international struggle for gay, lesbian, bisexual, transgender, and queer (LGBTQ) human rights. The event is free of charge and Concordia students and professors as well as the larger Montreal community are invited to participate.

Organized by the Trudeau Foundation in collaboration with the Centre Jacques Cartier, Imagining the Future of LGBTQ Rights will feature nine public panel discussions on issues such as the ongoing criminalization of LGBTQ communities worldwide, and LGBTQ refugees and foreign policy. It’s one of 27 colloquiums organized under the Entretiens Jacques-Cartier banner.

Geneviève Rail, principal of the Simone de Beauvoir Institute and a member of the conference’s scientific committee, says the organizers are discouraging invited participants from reading academic papers. Instead, they want participants to show up prepared to engage in frank and open discussions around key issues.

“We really want to have good exchanges; to have people responding to each other and debating,” Rail says, adding that the committee made sure to invite people unaccustomed to sitting at the same table.

“The LGBTQ movement is not hegemonic; there are many factions or fractures. For this conference, we’ve invited panelists from very diverse sectors to speak to each other and to the audience. So there's going to be sparks, and we’re looking forward to that.”

One of the invited speakers is Joke Swiebel, a former member of the European Parliament. She will participate in a session on the internationalization of LGBTQ human rights, chaired by Morris Rosenberg, president and Chief Executive Officer of the Trudeau Foundation.

“Swiebel was one of the first people to really push for LGBTQ rights in Europe,” Rail says. 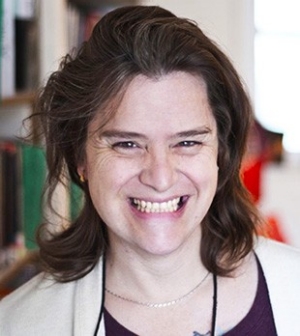 Gabrielle Bouchard, peer support and trans-advocacy coordinator at the Centre for Gender Advocacy: "There’s this narrative that equal rights is a fact here in Canada, but it’s not true." | Photo courtesy of Gabrielle Bouchard

At the end of the two days of discussion, several prominent participants will attempt to draw some conclusions during a final public session. The group includes Peers, Line Chamberland, who holds the Research Chair in the Study of Homophobia at UQAM; Bruno Selun, who manages the European Parliament’s Intergroup on LGBT Rights, and Gabrielle Bouchard, coordinator of the Centre for Gender Advocacy at Concordia.

Among the speakers Bouchard is excited to hear from is Jake Pyne, a Trudeau scholar, who has been an advocate and researcher in Toronto’s transgender community for more than a decade. “Pyne is sort of a hero figure in trans communities and trans activism, so it's going to be hugely interesting to hear him talk and see what he has to say.”

Human Rights and Dignity is one of the four themes that govern the work of the Trudeau Foundation. Bouchard says she’s excited to learn more about how the charity supports its scholars and mentors advocating for LGBTQ Human Rights.

“I’m going to have a lot of fun throughout the whole two days, then at the end, trying to come up with a cohesive idea of the whole conference,” she says. “I’m very happy that I was invited to take part.”

Several Concordia scholars are participating in the 27th edition of the Entretiens Jacques-Cartier. There are 27 different colloquiums taking place from October 2 to October 10, on themes ranging from Jewish migrations to the development of viable electrical transportation fleets.

Visit the website for more information about the sessions happening in Montreal.