Who will you nominate? 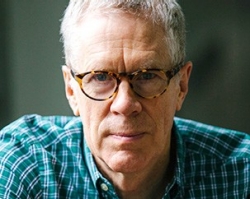 Stuart McLean was a recent recipient of an honorary doctorate.

The Honorary Degree and Convocation Committee (HDCC), a joint Board and Senate committee, is asking members of the Concordia community to nominate potential honorary degree recipients.

All nominations for honorary degrees will be screened by the HDCC, and approved by the Board of Governors upon recommendation of Senate.

To be eligible, a nominee must meet at least one of the criteria set out in the honorary degree guidelines. These include eminence in a field of activity or profession; outstanding public or community service; and a significant connection or benefaction to the University.

Nominators must complete and sign the Honorary Degree Nomination Form.

While nominations are welcomed throughout the year, please note that to be considered by the HDCC this fall, they must be received no later than October 14, 2014.

Or via email attachment to danielle.tessier@concordia.ca